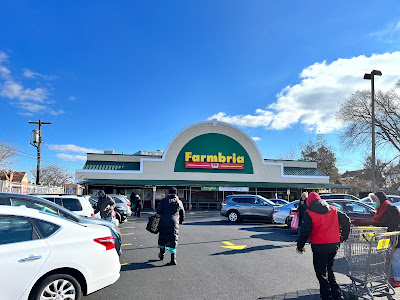 We're returning to Farmbria Food Center, which as of September 2022 has become Farmbria by Food Bazaar! Our 2020 coverage features my 2018 photos, so it's been a while. I speculated on that post that although the owner shared a last name with the owners of the Food Bazaar chain, there was likely no relation. Turns out I was wrong. According to a tweet I saw (the most reliable source always), the owner was Food Bazaar CEO Spencer An's father's cousin, so when he retired, it was easiest to pass it off to another family member who already ran supermarkets anyway. 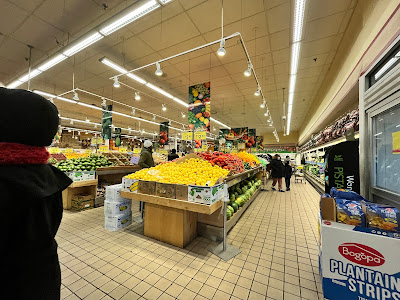 Because the transition happened so recently, there wasn't a lot of change that had happened yet. I commented that the decor was beginning to show its age, and the store really has started to look outdated. But that doesn't matter too much because of its unique selection of African and Caribbean ingredients and its key location, where there are very few if any other supermarkets around. 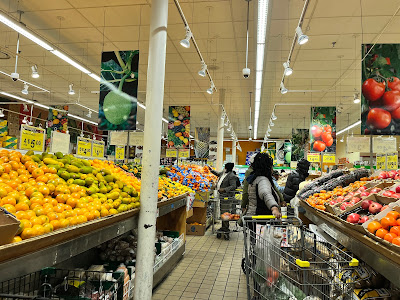 Some things were changed over quickly, such as the price tags. Others have yet to be, like the shopping carts. I wouldn't be surprised if Food Bazaar gives this store a major renovation soon. As I mentioned in the Bridgeport update, there's hardly a Food Bazaar out there that's not newly renovated or currently being renovated. We're taking a look around the whole store since my original post was pretty limited. It was difficult because of the people in the store, which I think is pretty normal for this particular supermarket. It's a very high-volume store and I see why Food Bazaar wouldn't want to let it go. 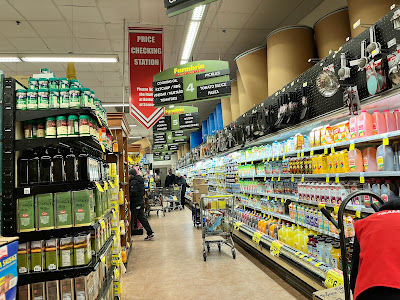 Another thing that was definitely changed over right away is the uniforms -- all the employees wear these red Food Bazaar vests now. But the selection of Food Bazaar storebrand groceries (Bogopa, Seven Farms, etc) is still pretty limited. For instance, the Bogopa orange juice wasn't even on the shelves. I wonder if there will be a big full-store reset soon that incorporates all of the Bogopa products and all their other brands. 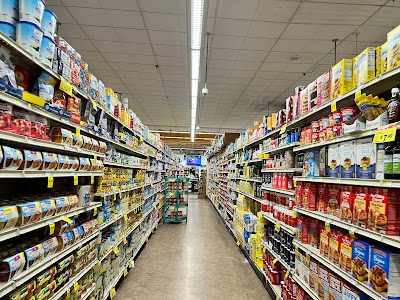 Prior to being taken over by Food Bazaar, Farmbria was a Krasdale-affiliated independent. 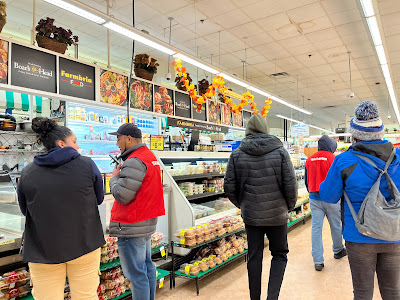 The store's layout is pretty standard until we get to the last few aisles here. Below you can see the last aisle, with the bakery case and some more dairy selection. Then there are I believe four aisles that run side-to-side rather than in the same direction as the rest of the store's aisles. In the back one is the meat department on one side and the deli department facing it. In the two middle ones are frozen foods, and in the front one are international foods and the seafood department. 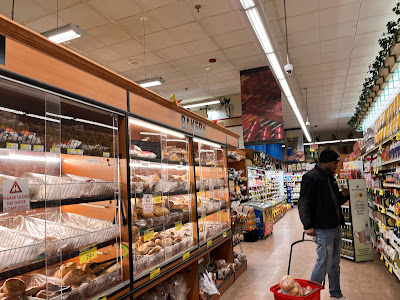 Below you can see that Food Bazaar hasn't replaced any fixtures or signage, but I'm sure they will very soon. This store is much older than most of the Food Bazaar stores, although there are a few random very old Food Bazaars out there. 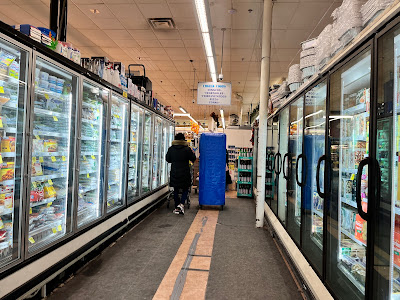 And oddly enough, there's only decor in one of the frozen foods aisles. If I remember correctly, it's on the back one, so the signage structure you see below is on the back of the deli department. And I'm also not sure whether this decor was installed by Farmbria or the CTown that predated it. It's hard to say just looking at it, because it strongly resembles CTown decor but Farmbria was also a member of Krasdale Foods, the cooperative that supports CTown, so it could just be the same decor package. 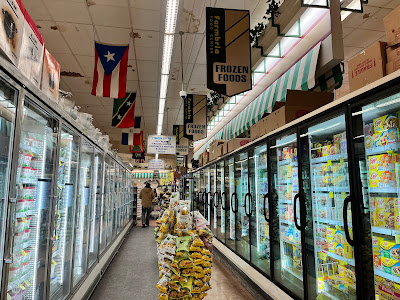 Meat department on the back wall. 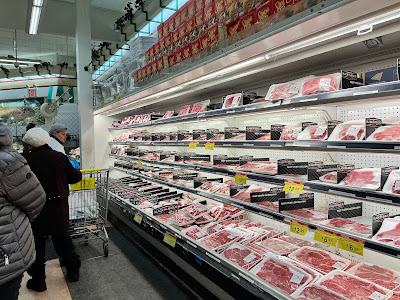 This store actually doesn't have a service butcher counter, beyond the small window we see here. Again, that's something I assume Food Bazaar will add. 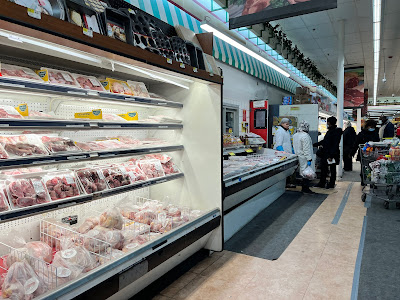 The flooring could also stand to be redone. 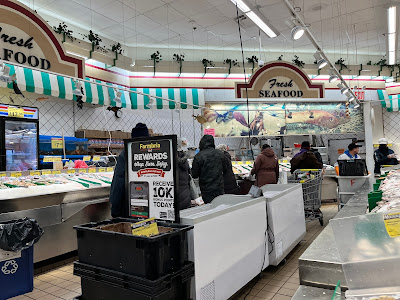 And the large seafood department in the front corner. Again, the decor has been maintained very well but it's very clearly outdated and needs replacement. 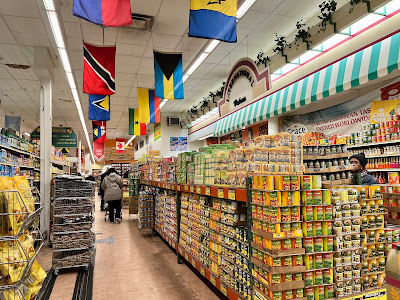 In the front aisle opposite seafood is the international foods department, which again I assume Food Bazaar will remodel. Customer service is up next on the front wall, then the front-end. 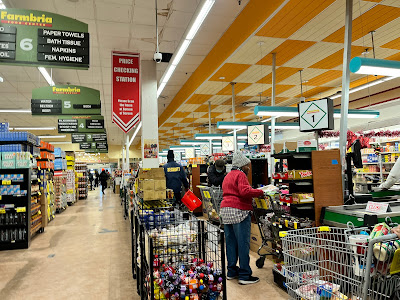 Still not sold on the yellow and white checkerboard, but that's definitely something Food Bazaar would remove if they renovated the store. That's all for this update, but I do have a little bonus content. I got my lunch here to eat in the car when I was out this way, which was an amazing turkey sub and macaroni salad from the deli. I couldn't believe the sub as the deli clerk was making it, with the turkey stacked very high. $6.99 for this massive sub. 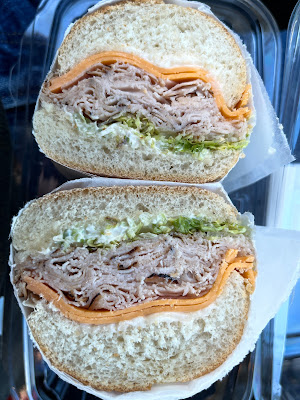 Also shoutout to the deli clerk and my cashier, who were both very professional but went out of their way to be friendly. (And clearly the deli guy has made a sandwich or two in his time.) We do have a lot more stores to check out today, though!