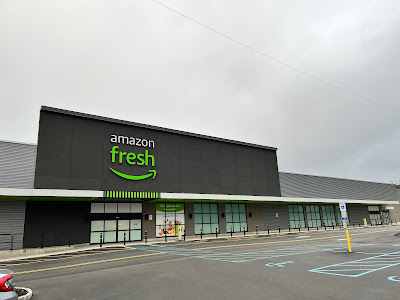 We are here in Woodland Park to check out a former Pathmark-turned-Fairway that's now being prepared for an Amazon Fresh store! We have seen this store once before, back in early 2021, not that long after Amazon announced their purchase of this store and another Fairway Market, up in Paramus. This store seemed to take longer to prepare than Paramus, and NorthJersey.com reported that the opening had been pushed back to early 2023. Here we are in early 2023, and while we can't see inside the store, it looks like it's almost ready to open. However, there's rampant speculation that Amazon Fresh is soon to be eliminated as a concept entirely, which would mean this store may be delayed until it never opens. (See Supermarket News here and this RetailWatchers forum.) 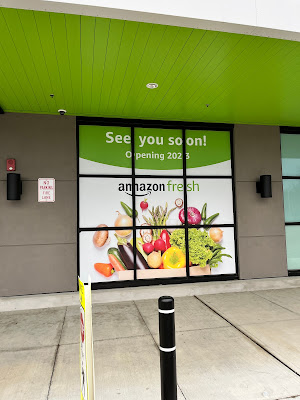 Not too much to see on the outside, but it looks like the Amazon Fresh's footprint would be slightly smaller than that of the Fairway, with what appears to be part of the former Fairway now sitting empty to the far left of the storefront. I don't recall seeing this when I visited the former Fairway, though, so I'm a little confused. These yellow signs are definitely Fairway signs. 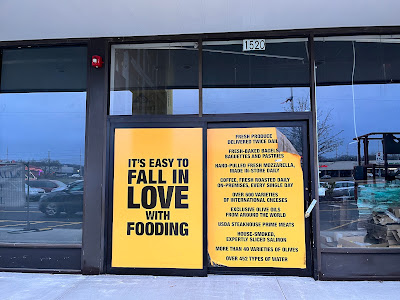 The entire strip mall is renovating to match the Amazon Fresh facade, again raising the question of what happens if the Fresh concept dissolves (which, in my humble opinion, it is likely to). We will be touring an Amazon Fresh store in Pennsylvania in a few days that was clearly better-run than Paramus, but still not a particularly special supermarket. 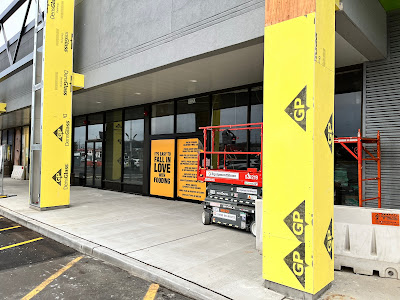 And looking inside this room on the side behind the yellow Fairway signage, we can see what appears to be a construction staging area for the new Amazon Fresh. 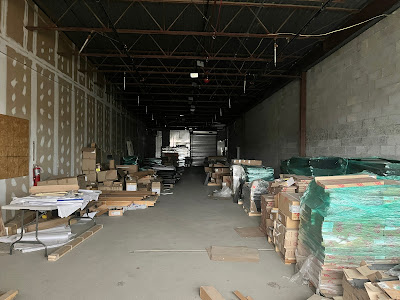 I will return once (/if) Amazon Fresh opens for more updates. We do have a lot more stores to check out today and tomorrow, though! They are all linked below, although note that the last four links won't work until midnight.