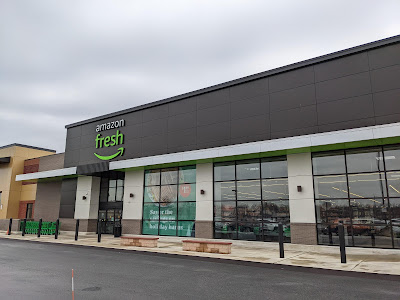 We're here to tour our second Amazon Fresh, having seen Paramus not too long ago. Warrington is extremely similar to Paramus, although it's equipped with the Dash Carts rather than the Just Walk Out system. More on that shortly. This building was built around 2000 as a Genuardi's, which was sold to GIANT before the rest of the chain was in 2010. GIANT closed in 2013, and the space sat vacant for a long time before Amazon Fresh came in. 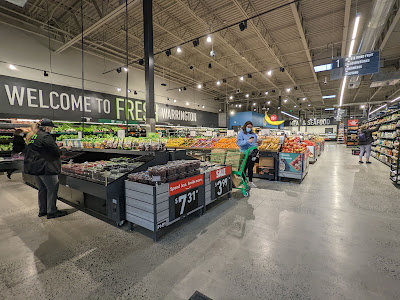 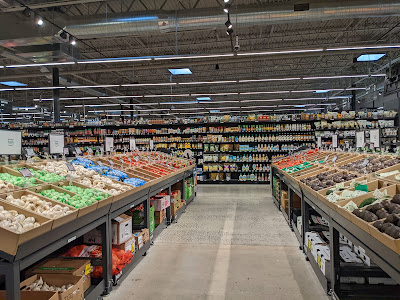 The layout is almost identical, except for the lack of the entrance gates we see at Paramus and all the cameras. This store has Dash Carts, which total your purchases as you shop (in the cart) rather than the overall store system of Just Walk Out monitoring your purchases with cameras and sensors. 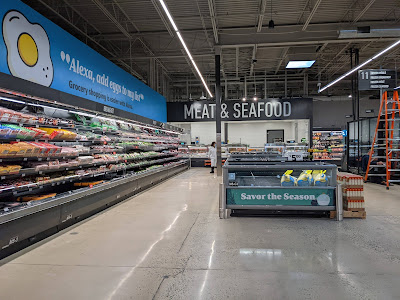 As we can see, there are a few issues with stock (and possibly functioning of refrigerators, at the right), but nothing near what we observed in Paramus. 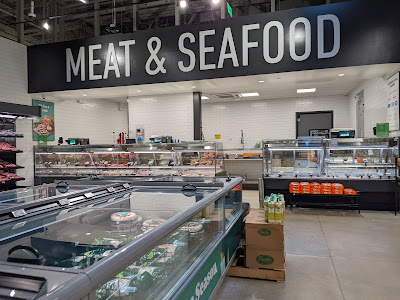 This store still seems to be a very low-volume supermarket, though, especially compared to the nearby ShopRite. Does the e-commerce aspect make up for that? 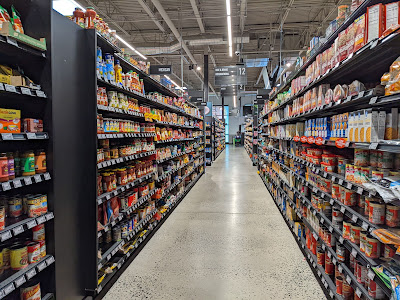 This store's aisles are divided in half from front to back. Here, too, the price tags are digital (like an alarm clock more than a computer screen, though, only white and black). I've seen that in pictures popping up in a few different other chains, too. 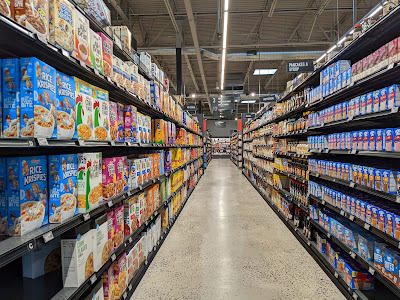 But we again see issues with product mix, such as the miles and miles of Pop-Tarts. 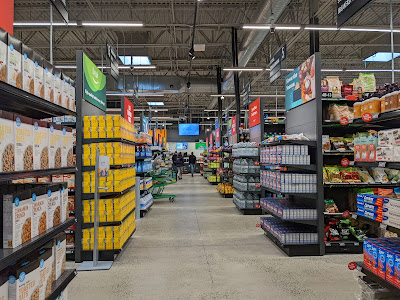 Here we're looking across the middle of the store. 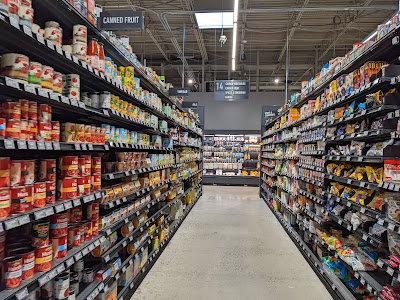 Again, I found the store to be clean and mostly organized, but not particularly special and a little expensive. 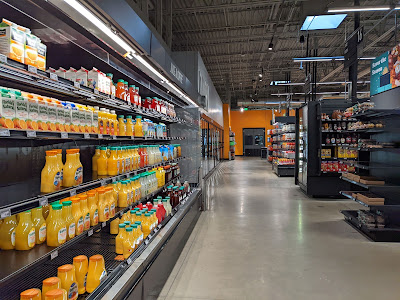 Stock issues coming up in the dairy department. If you look at the ceiling here compared to Paramus, you can see the difference between the Dash Cart stores and the Just Walk Out stores. 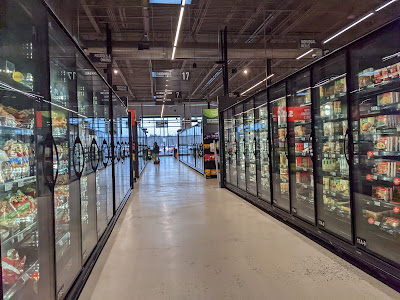 The fixtures are very attractive, though. 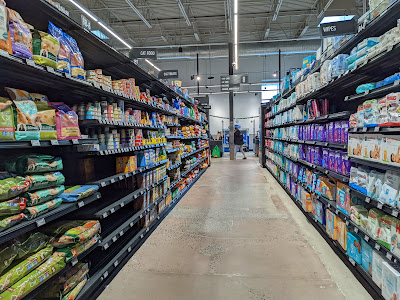 There's not a lot of decor, but it's pleasant enough. Understated and consistent if not exciting. 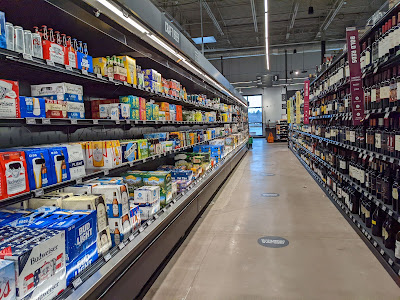 Beer and wine in the second-to-last aisle. 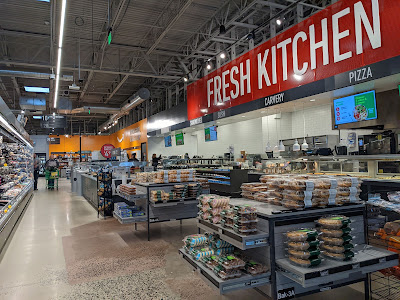 The Amazon service counter (in the back) and prepared foods are in the last aisle, with the cafe in the front. 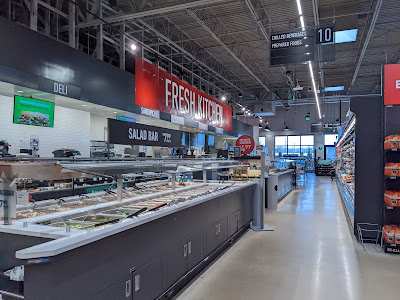 The prepared foods -- which I had for lunch -- were actually really good. It seems they may have learned from Whole Foods on how to run this section of the store. 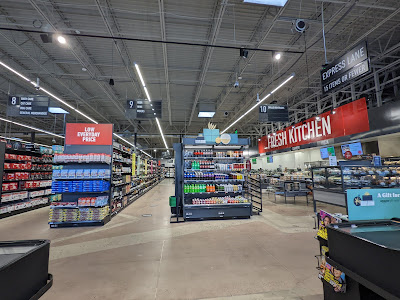 This store seems to be slightly smaller than Paramus, too, at just around 40,000 square feet. 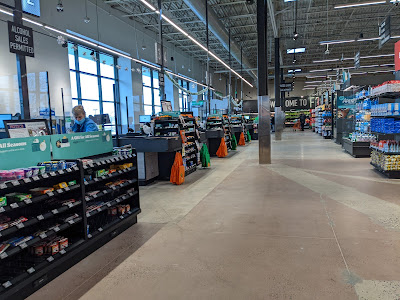 Here's a look across the front end, where there is traditional checkout as well as the option to check out through the Dash Carts, which are parked along the front wall. You can see the setup with the cart having digital capabilities and sensors for monitoring your shopping order right in the cart, rather than being more ambient. You can also see the orange carts farther away, which are for traditional shoppers. 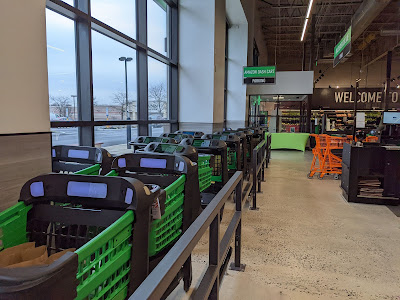 I came away with the same impression as from Paramus -- the technology is innovative but I'm not convinced it's necessary, and the rest of the store's execution just doesn't to me make the experience worth it. It doesn't appear that the chain is doing particularly well these days, either, unfortunately. But I'm still glad I got to see an example of each type of Amazon Fresh checkout technology! Tomorrow we'll be seeing something completely different -- a smaller, independent natural food store outside Doylestown about five miles north on The Independent Edition!