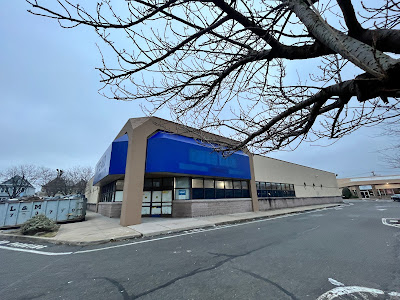 Lots of special reports today and updates tomorrow, so we have a lot to cover! We're going to take a quick look at this store in downtown Clifton, New Jersey, which was actually built as a Grand Union. I'm not clear on when GU closed, but it became a Rite Aid in the early 2000s, which later closed in 2018 when Walgreens bought the location and combined it with their existing store nearby on Main Avenue. See a picture of the Rite Aid in business, and more history, here. 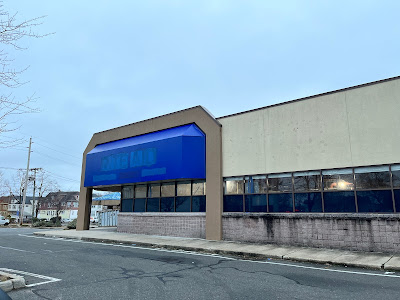 Key Food announced in late 2022 that this store, along with one other in Passaic (more on that tomorrow), was set to become a SuperFresh. The roughly 17,000 square foot building has begun its renovations to prepare for SuperFresh's opening. According to news coverage so far, the store will be owned by Kevin Kim, who owned some of the very early SuperFresh stores (such as Edison), was no favorite operator of mine because of his many store failures and what seemed to be absolutely terrible management at the stores. However, after closing or selling all of his stores, he took over the SuperFresh Food World in Bloomfield, NJ in 2020, rebranding it just SuperFresh. I was just in that store recently and found it extremely clean and nearly perfectly-stocked in all departments, with no clear signs of failure. Management was very present on the sales floor and seemed to be actively helping customers. I'm not entirely sure what changed, but going on three years into Kim's ownership of that SuperFresh, I'm still very impressed by it. Let's hope these new locations are held to a similar standard. 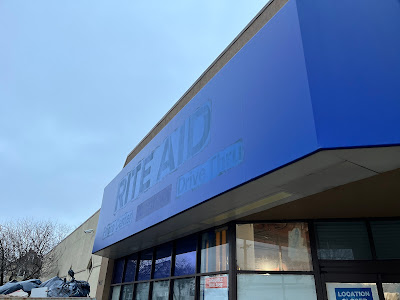 From the outside, the store still looks like a closed Rite Aid, much like it has for the last four years. Of course, the Rite Aid signage has all been painted over, but it's not like it's not visible. And signage in the windows still advertises the space for lease, as well as the closure of the Rite Aid... 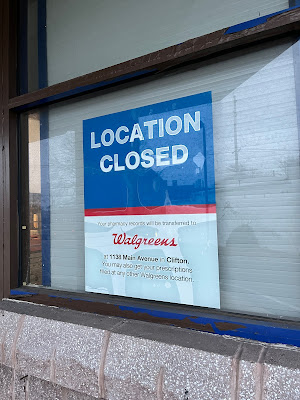 But if we look inside, we can see that the work is progressing well to convert the space from a drugstore to a supermarket. It'll be a small supermarket, with the largest sales floor area apparently dedicated to produce, but a supermarket nonetheless. 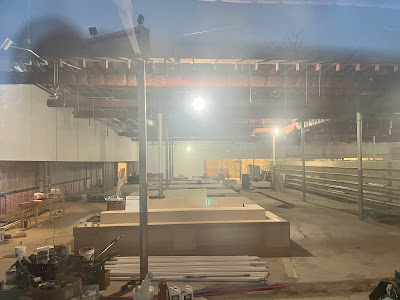 This store's similarity to the upcoming SuperFresh in Old Bridge makes me wonder if that will also be owned by Kevin Kim, although I don't have any confirmation on that. At around 25,000 square feet, that store is larger than this one. 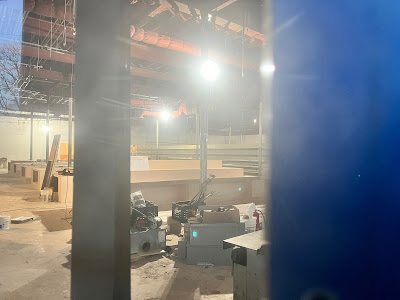 Work is clearly ongoing, just not at the exact time I was there. 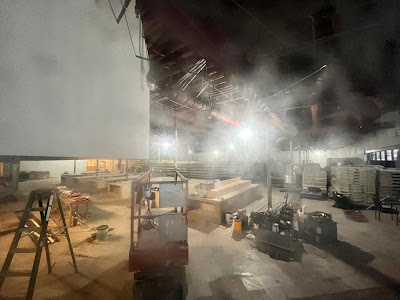 Here's a higher-up shot from a window next to the entrance (I had to work hard to get to a window that wasn't covered up) that gives an overview of the whole space. Note that this store is around 0.6 miles from the Botany Plaza SuperFresh, and a mile north of the downtown Passaic SuperFresh, which are under different ownership. 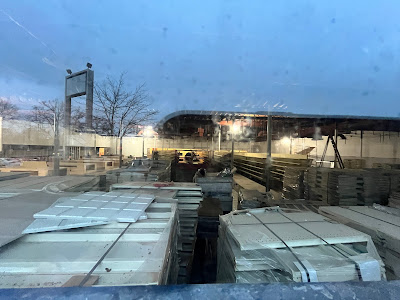 Some more SuperFresh updates:
We do have a lot more stores to check out today and tomorrow, though! They are all linked below, although note that the last four links won't work until midnight.