Imagine this: a former Advance Auto Parts store is turned into a supermarket. A supermarket with fresh produce, meats, an in-store butcher, a service seafood counter, a deli that also makes sandwiches, an in-store bakery, a salad bar, a hot food bar, a soup bar, dairy, and frozen foods. Plus organic produce, Portuguese foods, Latin foods, eastern Asian foods, and an in-store café. In 12,000 square feet. In a city that's never had a full-size supermarket since its founding.

No, it's not too good to be true. It's just the Seabra Foods in Harrison. 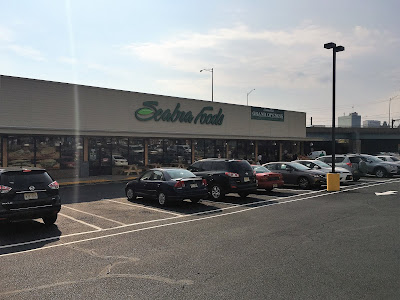 This store, which opened in 2016, is all of that. Located in the quickly-developing New York City suburb of Harrison, this store is catering largely to the commuter crowd. 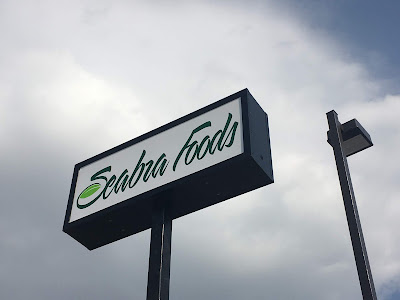 As discussed before, there are two branches of the Seabra family, one of which owns Seabra Foods; the other owns Seabra's Market (formerly A Seabra Foods). 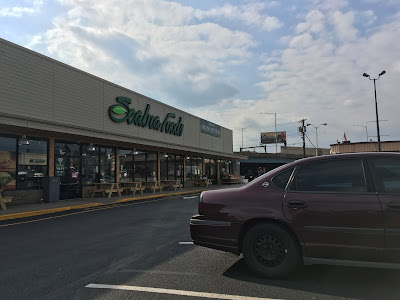 The entrance is on the right side of the store, leading into a produce department along the right-side wall. Meat, seafood, and bakery run along the back wall counterclockwise, with hot foods and salad in the far back corner and deli/café in the front corner. Notice that there are even (real) wood picnic tables along the front for nice weather. 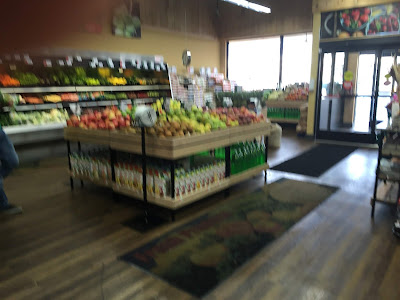 The entrance brings you into the small produce department. (Sorry about the picture.) It's set up as a double-wide aisle with the customer service counter just next to the entrance. 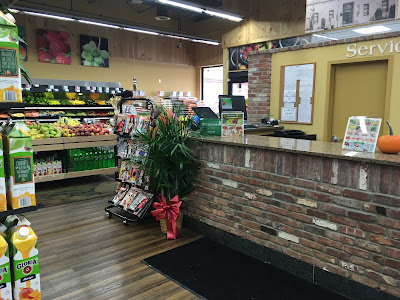 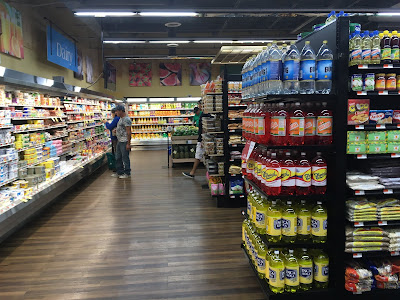 Dairy and cheese are located in the back corner of the first aisle. 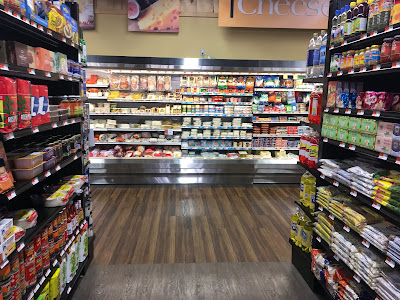 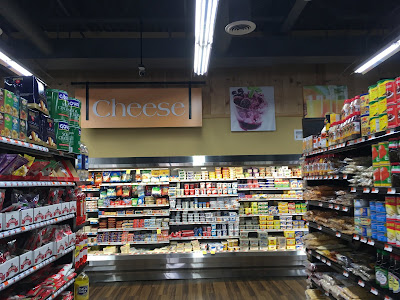 Because the store was not previously a supermarket, all the fixtures (as well as the floor) are brand new. 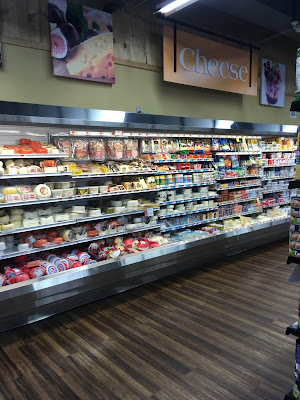 Meat and a tiny service seafood counter, added after I took these pictures, run along the back wall. 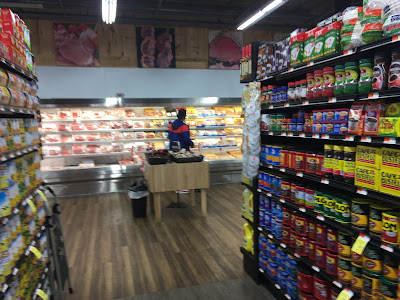 The grocery selection is very complete for such a tiny store. 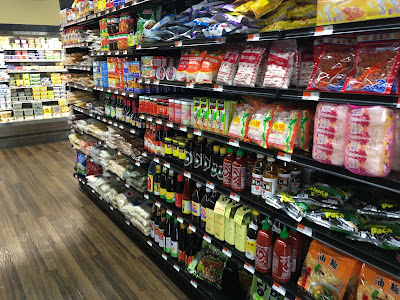 It's unusual to see a Portuguese/Latin store like Seabra carrying such a substantial Asian selection, but it reflects the local population. 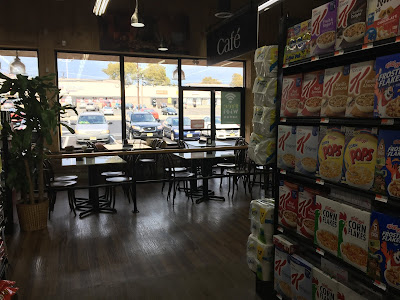 Here you can see the café along the front wall. 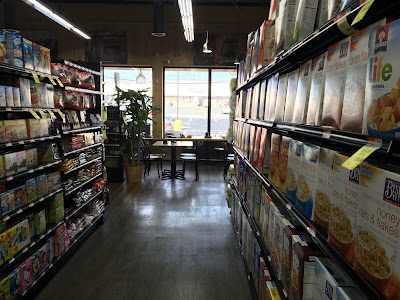 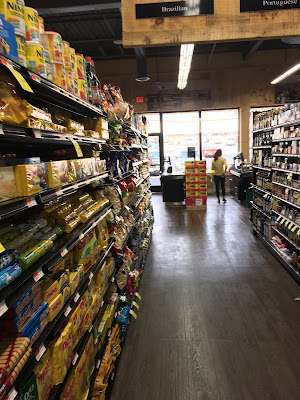 Although the store is so small, it's very spacious. The registers, for instance, are smaller than the typical supermarket register, allowing the front-end to be narrower. 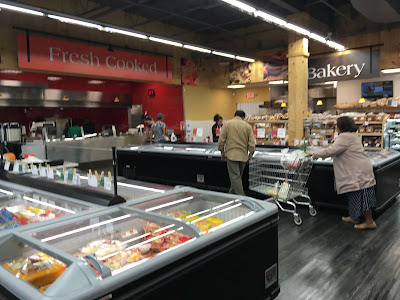 A look at the deli/bakery section in the last aisle. This area has been rearranged with a larger hot food bar, a salad and olive bar, and a soup bar in place of these coffin cases. The packaged bread selection has been downsized to a smaller case in the middle here and the facing aisle now has cold drinks, prepared salads, and specialty cheeses, in higher demand here than commercially-baked breads. 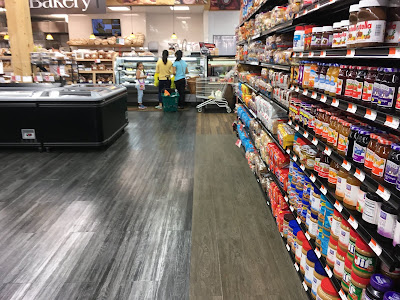 The above photo reflects the old arrangement. 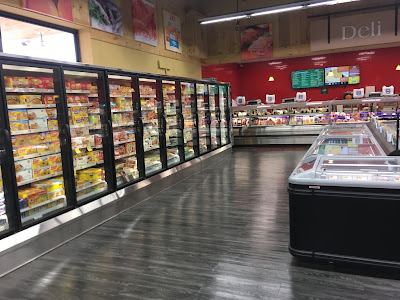 The frozen selection has also been downsized, again in favor of prepared and specialty foods. The front wall is to the left in the above picture. 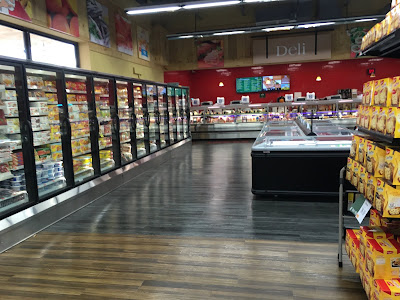 Notice all the space around each case. You'd never know from these pictures how small the store is!

The hot foods are delicious, as are the baked goods. However, a word of warning: because the store is so upscale, grocery items are quite expensive.