In the land of megastores and small chain supermarkets, it's a rarity to see a completely independent grocery store. The Summit Food Market, located at 423 Springfield Ave in the heart of upscale downtown Summit, was quite unusual. The small deli/grocery/produce market held its own until about 2016. 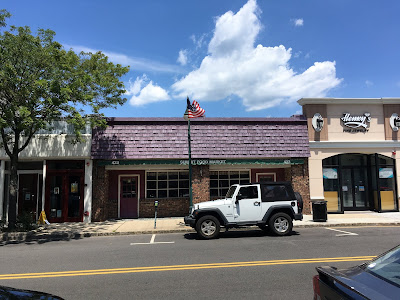 Summit Food Market faced competition from The Meat House, an upscale butcher/deli with prepared foods, at the far end of the Springfield Ave business district. If you ask me, skip The Meat House and just get your meat custom cut at a Food Bazaar or Twin City or something. 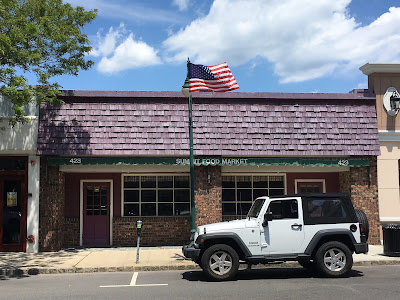 The Summit Food Market made great sandwiches and carried a small selection of groceries as well. Unlike most small delis, however, this Food Market also had a produce selection along the left side wall. (The deli lined the right side wall.) Here's a video from 2009 about the market.