Livingston, NJ is home to three major grocery stores. One is a newly-renovated ShopRite, another is the Route 10 Farmers Market (a produce/meat/seafood market), and the last is Kings, a local chain of about 30 stores. Kings is by far the most upscale -- i.e., the most overpriced. In the past Kings has been known for its superior quality gourmet and fresh foods, although they have lost this reputation as ShopRite brings in more upscale products and stores like Food Bazaar and SuperFresh emerge as the best source for fresh produce and seafood. 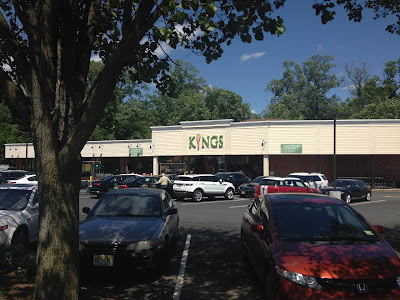 Kings now serves for many as an upscale convenience store with a great deli, but some people do major shopping at Kings. This particular Kings has been a store I've never liked much, but a recent management change has also changed my opinion of the store. 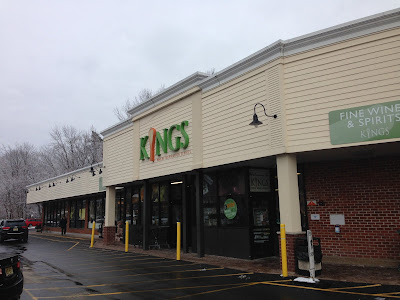 The supermarket used to end where the tall part of the facade ends, with a row of smaller stores to the left. However, Kings expanded in 2012 and extensively renovated the entire supermarket. Produce lines the front wall to the right of the entrance, with meat and seafood along the right-side wall. Grocery aisles run parallel to the front of the store, and frozen and dairy are located in the last aisle. The expansion contains an impressive deli with lots of prepared foods, a mediocre bakery, a liquor store, and a café.

Earlier in 2018, a new store manager took over, named Gil Wong. He's the best thing that's ever happened to Kings. He's frequently on the sales floor, and he's very friendly. Plus, he knows everything that he's doing. Since he became manager, I've noticed several changes for the better (at least in my tastes): 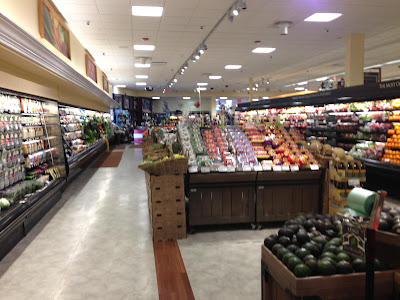 Here's a look at the produce aisle, looking towards the entrance. The front wall of the store is to the left above. 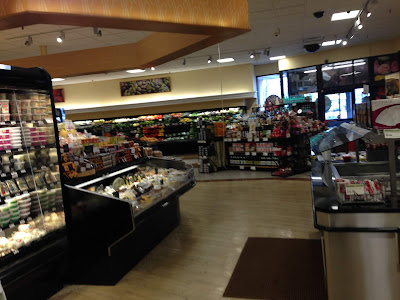 The olive bar, which never seems to be working, is located next to the cheese counter, which is quite extensive. 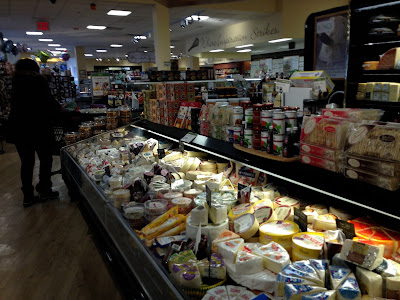 Here you can see into the expansion straight ahead, which begins approximately where the column is. Past that is the deli/bakery area, called the Market Square, plus the registers, which used to line the side wall of the store. 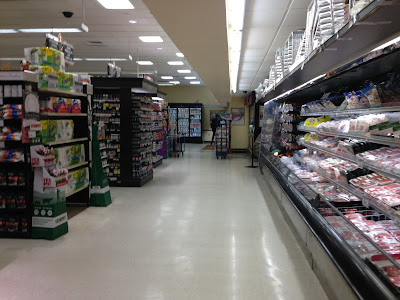 Meat at the far side of the old store. There is a small service seafood counter at the back corner. 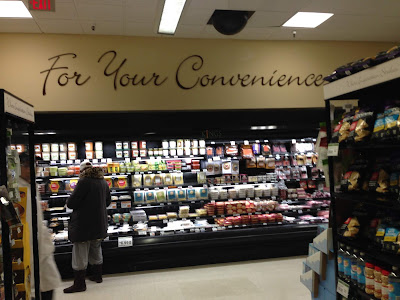 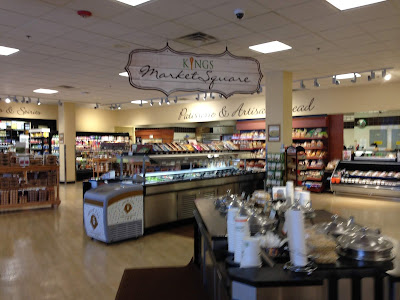 Here's a quick look at the Market Square. Checkouts are to my left. Bakery is visible straight ahead, with the liquor store to the left and the café to the left of that. Sushi is visible on the right side of this picture, with pizza and deli to the right of that. This Kings is located at 255 S Livingston Ave, Livingston.