Here's a quick look at a former Giant Food supermarket in a small shopping center in Washington DC, located on Massatuchetts -- uh, I mean, Massachusetts -- Avenue NW (start the video at 6:10, or watch the whole thing if you like Merrie Melodies!). 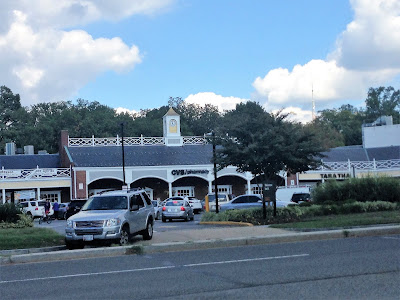 The store is now a CVS and is located at 4851 Massachusetts Ave NW, Washington DC. As a matter of fact, I had initially thought this might have been a modified Grand Union, due to the slanted roof and the arches along the facade, but it was actually a Giant Food.