Once again destroying the stereotype of the CTown chain as the worst of the worst of New York City is this location on the border of Morningside Heights and Harlem in Manhattan. This is a long-standing CTown located a short walk north of the campus of Columbia University, which continues to spread gentrification around the area. However, the CTown remains a nice combination of the old and the new. 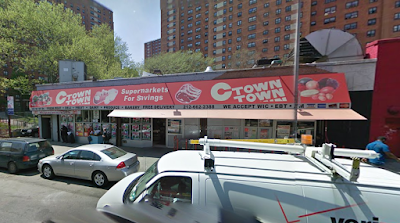 These Google street views show the progression of the store over the past few years. First we see the store in 2009, looking fine but a little faded. 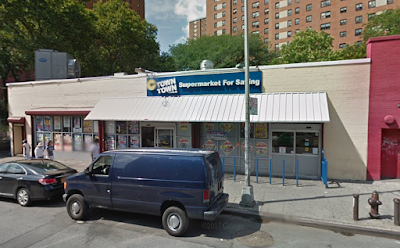 Going for the clean, modern look in 2012. Unfortunately, the slogan is actually "Supermarkets for savings". 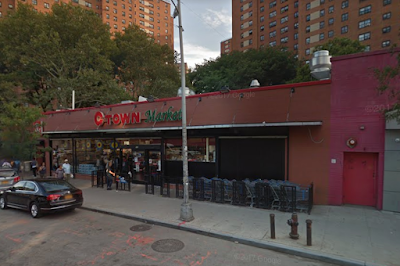 And...2017. The renovation actually happened around 2015, but the new CTown Market is still looking great. We can take a look around inside with my photos from the summer of 2016. 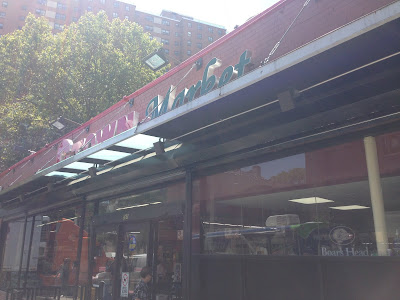 You enter towards the left side of the building and turn right for deli and a huge hot food counter (with great food) along the front wall. Produce lines the first aisle with meats along the back wall and dairy in the last aisle. 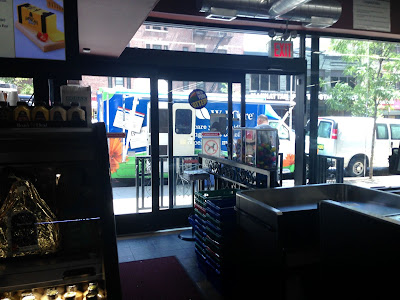 Here's a look at the entrance (left) and exit (right). These huge windows let in a lot of light. 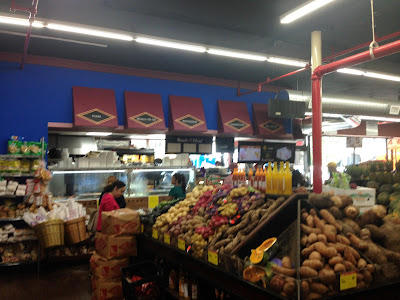 Deli/hot food immediately next to the entrance. 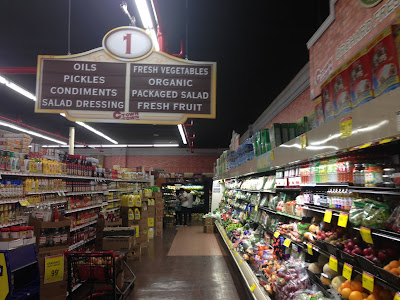 Produce, including a large selection of organics for a very small store, lines the first aisle. 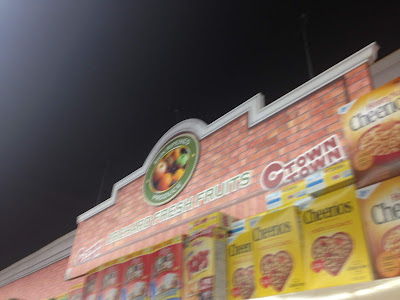 Custom-designed brick style signs designate the departments in front of the brick-texture walls. Because the ceiling is painted black, it looks a lot higher than it is. 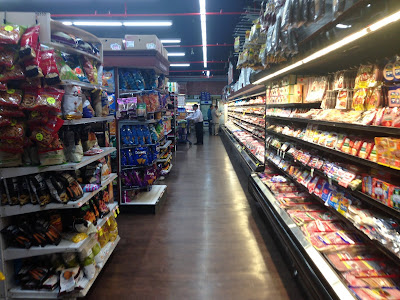 Meat along the slightly cramped back aisle. 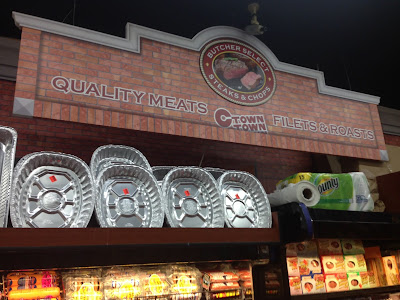 Interesting that this store always uses a red-only version of the CTown logo, both inside and outside. Typically the logo is red and yellow. 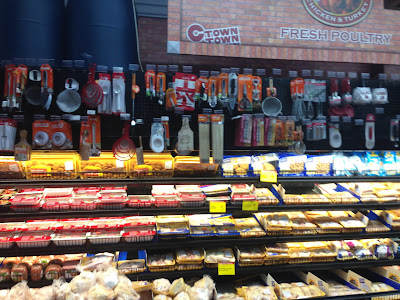 A particularly nice feature of the store is the exposed pipes and ductwork, making the store look very trendy (and probably saving the owners a lot of money from moving it!). 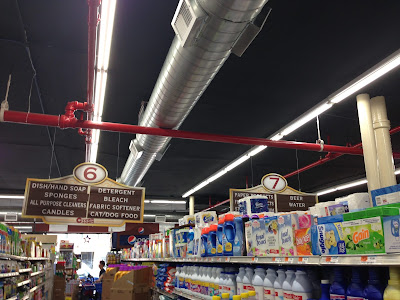 The red pipes against the black ceiling looks fantastic. 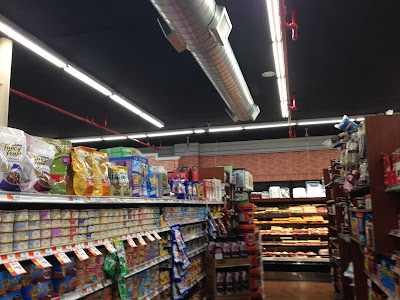 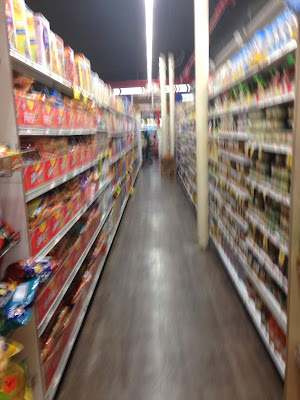 The flooring is wood texture throughout. 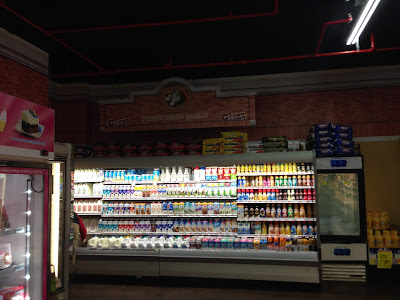 The far side of the store is home to the dairy department, which takes up a small corner in the back as well as some of the last aisle. 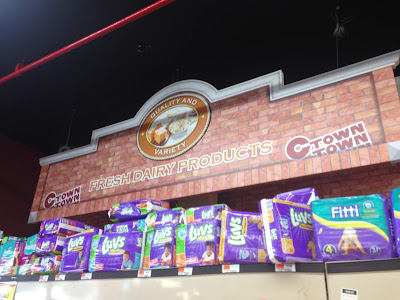 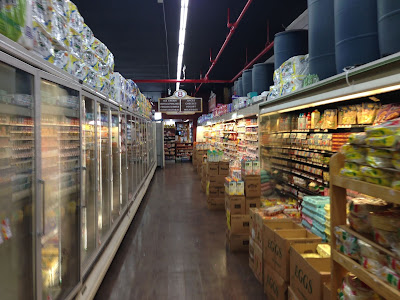 Dairy and frozen make up the last aisle, with dairy overflowing a little into the aisle. That bothers me less in tiny stores like this! 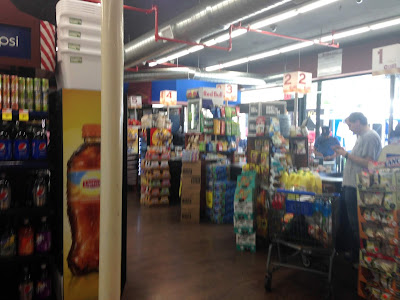 Five registers plus customer service along the front end round out this CTown. Let's hope that gentrification doesn't ruin this store or drive its rents up so high that it can't survive!