Once again, we only see the exterior of this store here in Livonia, a small town just east of Conesus Lake. I regret not photographing the interior here (I was in a hurry, but I did go inside to grab a circular).
There are two West's (which were previously part of the ShurFine cooperative, now dissolved), the other one being in Honeoye, about ten miles east. We'll be checking that one out tomorrow. 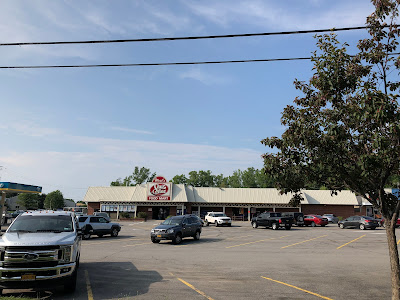 This building looks vaguely like a 1970s-era A&P, but I have no idea whether it ever was one. I'd be inclined to say no because the building does not line up exactly. See Maplewood, NJ for reference. Like the Big M in Bloomfield, this store has a gas station in front. 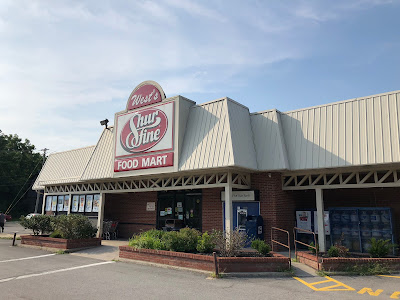 It just has an A&P feel to it, but it's probably just the era of store construction we're looking at. Come back tomorrow for the other West's! This one is located at 1 Main St, Livonia, NY.