Jumping into our first store tour for the Finger Lakes group! Canandaigua, NY is home to two major supermarkets, this Tops and a Wegmans at the other end of town (along with an awesome former ACME).

Now I've mentioned that I am not a fan of Wegmans. My first two times in Canandaigua, I went down to the Wegmans but the third I decided to check out the Tops instead. What a good decision! 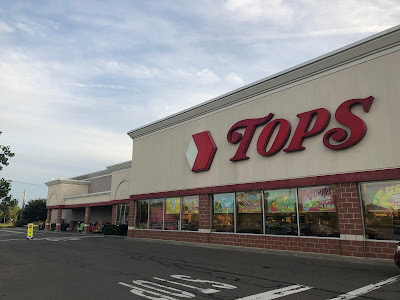 As we'll see, the decor inside is not the most modern here. In fact, it's probably over 15 years old. It looks to date from the days when Tops was owned by Ahold due to the decor's similarities to the Giant Food decor. 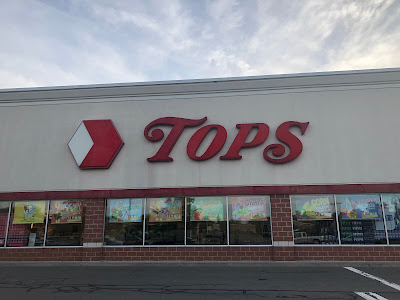 For an idea of the layout here, it's pretty standard Ahold. Floral in front right corner, with produce lining the first aisle, deli/prepared foods and seafood at the back of the first aisle, meat on the back wall, dairy in the last aisle, bakery in the front left corner. Customer service on the front wall. I don't believe this store has a pharmacy. What it does have is a custom-printed pedestrian crossing sign... 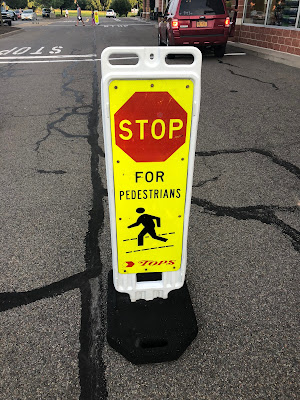 Canandaigua is the largest town in this region, but it ain't exactly a metropolis. So you'll see the store is pretty empty; I was there on a weekday night about 8pm. Not exactly peak shopping time. (This store is, however, open from 5am-1am daily. Interesting! Based on my single trip, I would say this store could comfortably change its hours to 7am-11pm daily, but who knows.) 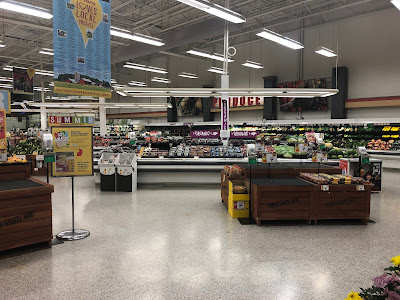 We have a spacious and attractive produce department. Heavy emphasis on local products here, too. 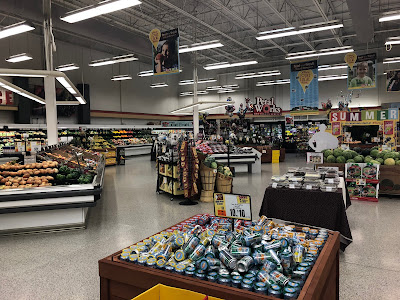 The store is clearly designed for high volume, but I don't know whether it ever gets it. Lots of space in the store, although it's just about 60,000 square feet. Maybe too much space. 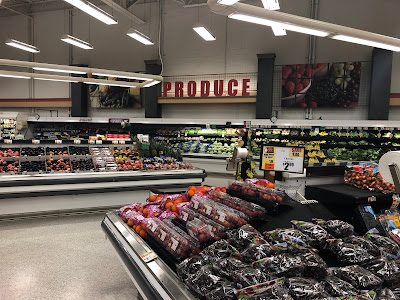 Nice decor here! I don't recognize this as part of the same decor package as Giant, but I could be wrong. 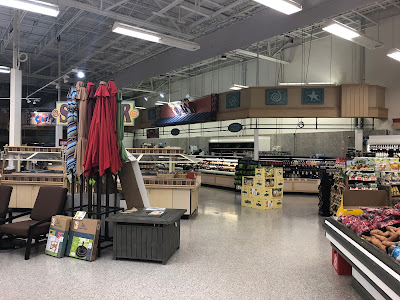 The decor back here in the deli/prepared foods corner has most certainly been seen in a Giant decor package. 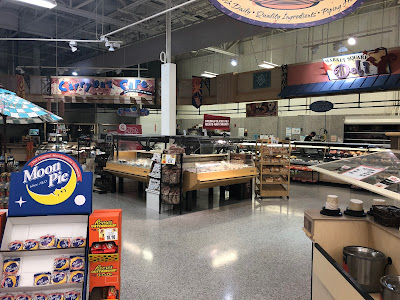 There is a liquor selection and a small cafe at the back of the produce department. 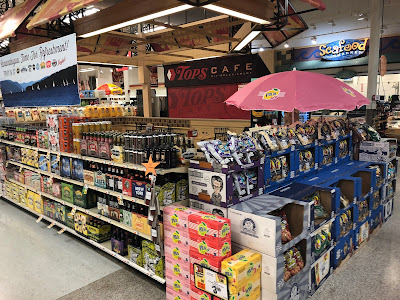 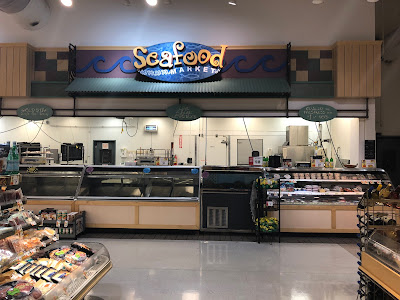 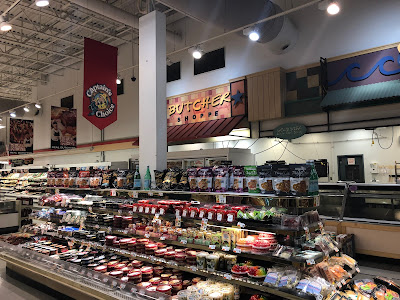 Meats run along the rest of the back wall. Heading over to the grocery aisles, we find the Tops logo adapted to form the aisle markers, similar to what we saw in the Elizabeth ShopRite. 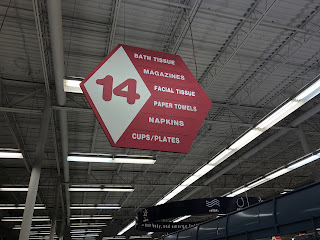 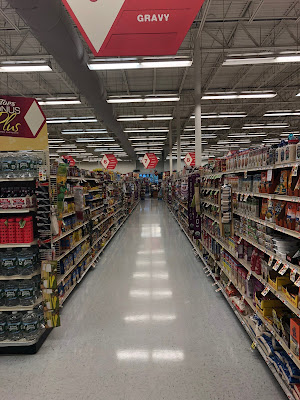 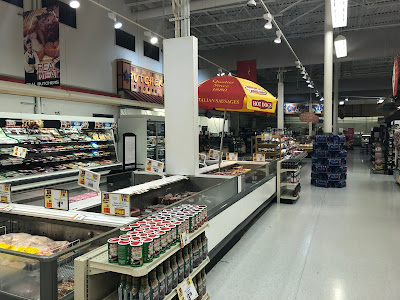 Looking back towards the first aisle. I don't know if the deli lights were turned off for the night, but that corner is awfully dark. The whole store had a little bit of a cavernous feeling, but somehow it didn't come off as dingy. I would bet it's a lot better fully functional during the day. I still liked the store, though. 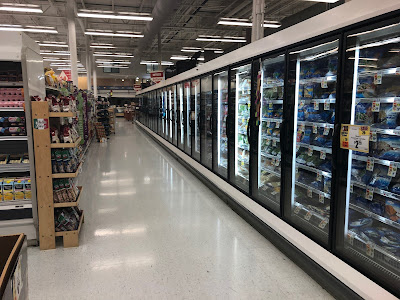 Frozen foods at the far end of the store with dairy in the last aisle and back corner. 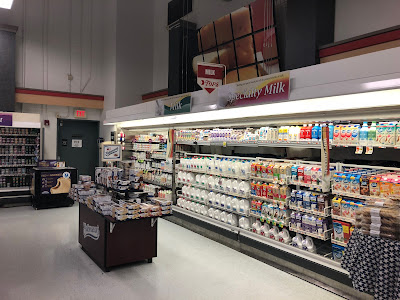 I don't know exactly who produces these category signs we see here, but they are absolutely everywhere. I've seen them in stores from SuperFresh to ShopRite to CTown. 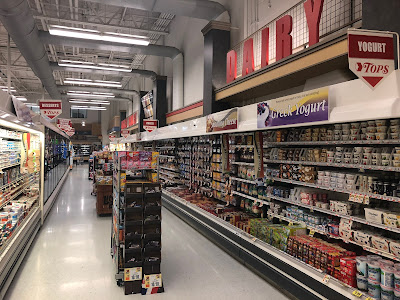 Again, we go into somewhat unfamiliar decor for dairy. I don't believe these signs ever made it into the Giant decor. Can anyone confirm that that's the case? 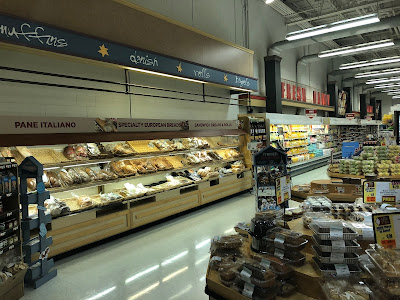 And we start to transition into bakery in the front corner. Very nice selection and I found the quality to be excellent. 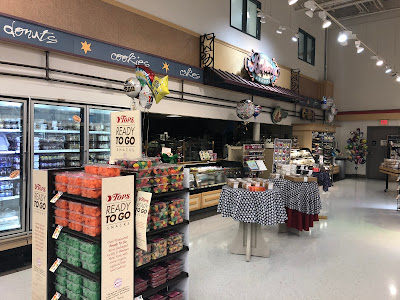 The bakery, of course, was closed for the night. 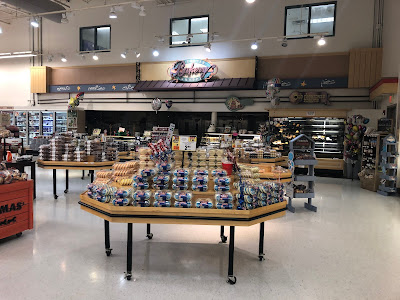 Now for a look across the front-end, which feels just massive. 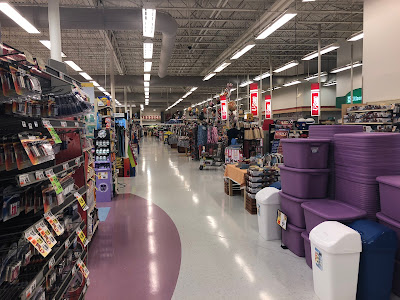 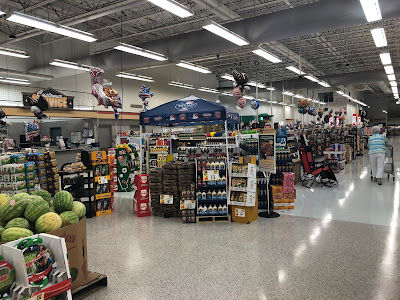 Lots of space in front of the registers, too, which I appreciate! 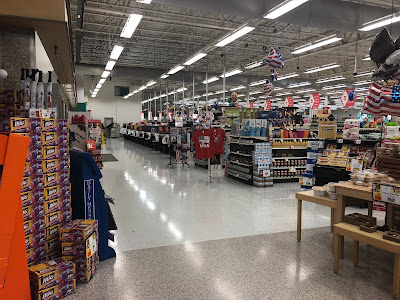 That about concludes our tour of the store. Come back tomorrow for a look at the Wegmans!