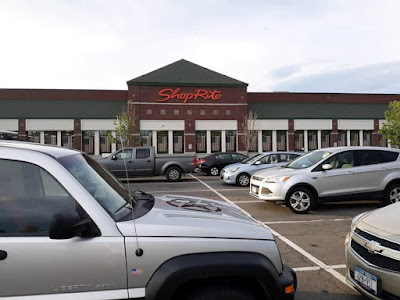 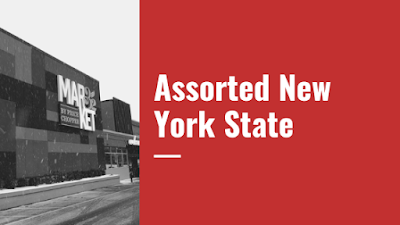 Our contributor Lars, who has also brought us a look at the Niskyauna Co-Op and the former Grand Union in this mall, has for us a full store tour of the 54,000 square foot ShopRite of Niskayuna! This store, owned by Wakefern's corporate branch SRS, takes up a building built by Grand Union as a replacement for the 20,000 square foot older store. We have a fairly standard layout, with a grand aisle with produce on the right side and deli/prepared foods in an island to the left. Seafood and meat run along the back wall, with dairy and frozen at the far left end of the store and beer on the front wall in that corner. This store previously had a pharmacy but no longer does, which makes me wonder how it's doing. 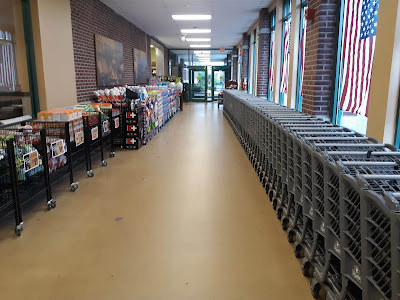 You enter and exit through a long foyer that runs almost across the store's entire width. 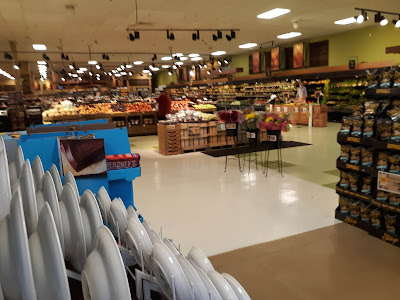 The store, however, is very nice, with SRS's second-newest decor package. 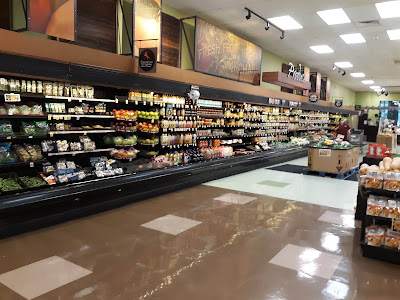 Except I'm not a fan of the floor(s). The decor is outstanding. 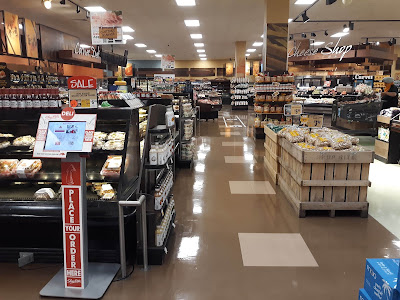 The opposite side of the grand aisle has deli and prepared foods in an island that backs up to the grocery aisles. 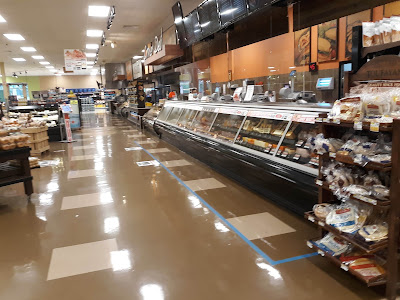 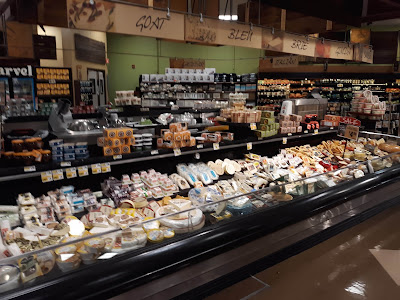 Beautiful cheese counter, and Lars says the selection of cheese has expanded here since the store opened -- meaning more choices, but somewhat nonsensical organization. I'm thinking bakery is in the back corner here too. 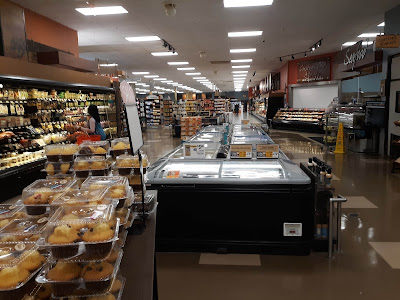 Looking along the store's back wall with seafood and meat. 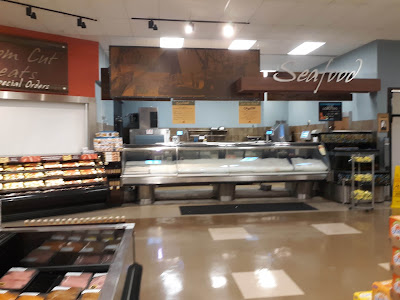 Seafood closed for the night. I'm not sure exactly what's going on with that butcher counter, as it looks like the window for special orders has been covered over. Is that just a shade that they pull down at night and when the counter is closed? 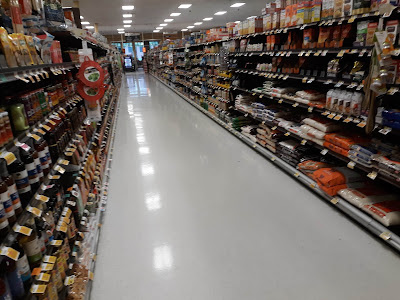 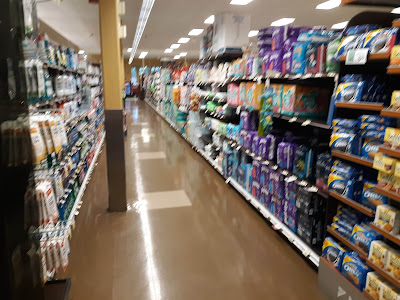 Brown flooring in the health and beauty aisles. 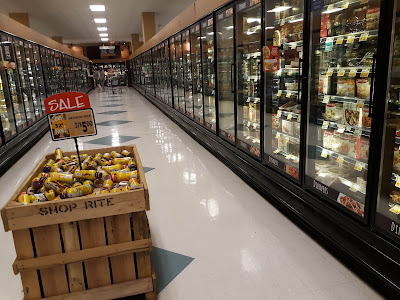 Frozen foods. This flooring looks much older than it actually is. 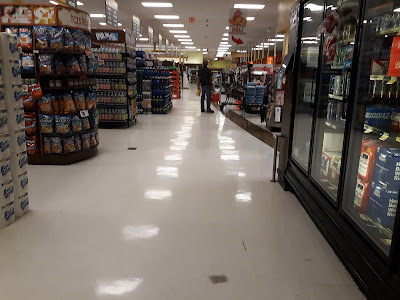 Beer here in the front corner in what I'm assuming used to be the pharmacy. And a look at the foyer here before we head out... 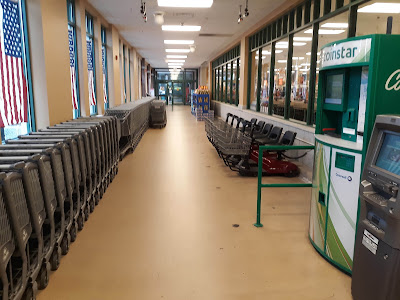 That wraps up our tour here in Niskayuna! Make sure to check out my tours of Lagrangeville and Fishkill as well.