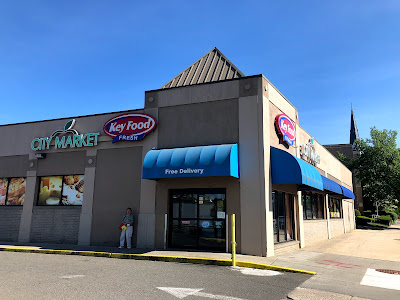 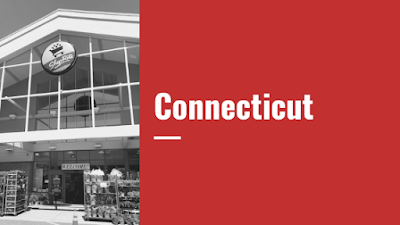 We arrive in downtown Norwalk for a store tour at our second CityMarket Key Food (this one is actually co-branded with the two names, while Bridgeport only has that on the monument sign). The owners also briefly operated a store just over the border in Port Chester, NY. This store's central downtown location is likely quite advantageous to it. I don't know much history of this approximately 9,000 square foot supermarket, but the facade looks vaguely like a drugstore facade. We enter to find a large produce department, with meat running along the first aisle. Beyond that I honestly do not remember the layout, although I believe dairy is in the last aisle with butcher and deli on the back wall. 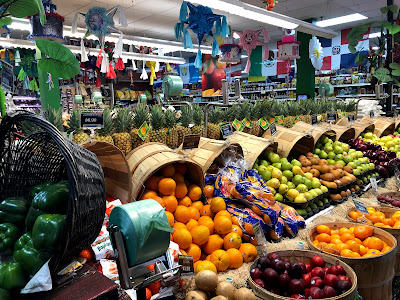 As we'll see, this store seems to do big business. Not only is it very cramped, as you can see, but every shelf is absolutely packed with stock. The produce department has a very large variety for such a small location. 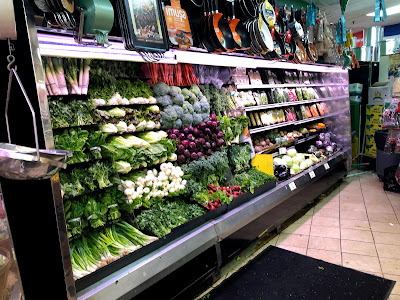 Nonfoods hanging above the produce cases. Every inch of space is maximized! 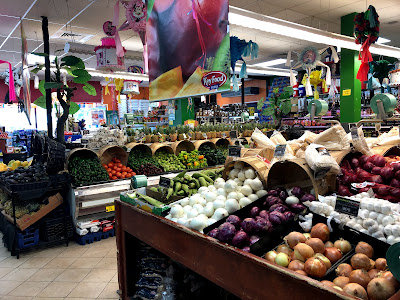 An overview of the produce department. 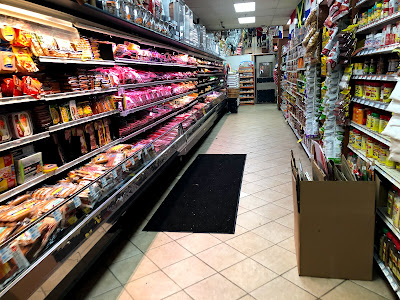 As I said, I believe meats line the first grocery aisle. These cases are likely secondhand, unless perhaps this is in fact a very old supermarket that was only bought out by City Supermarkets in 2007. You can also notice the mirror lining the opposite wall, which I believe is only a mirror and there are no offices behind it. It's possible that's also left from a previous tenant, because it can't be all that useful with how cramped the store is now with merchandise stacked everywhere. 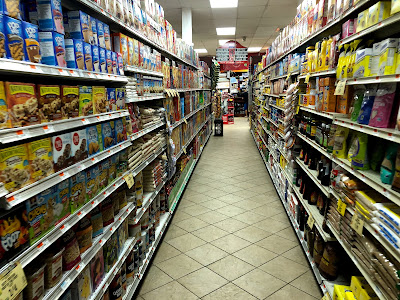 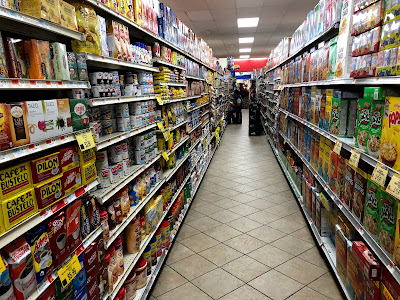 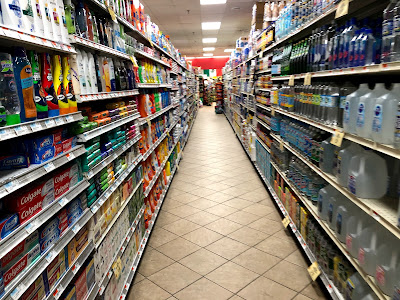 Unusual to see health and beauty in a grocery aisle like this. In these small urban stores, it's typically placed on the front wall or behind customer service to maximize grocery shelving space and deter shoplifting of typically high-priced items. 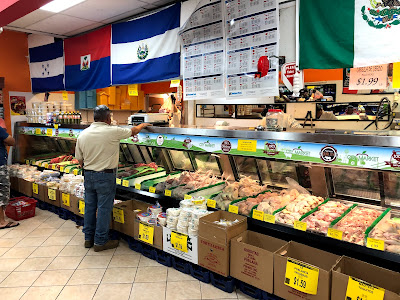 Very large butcher counter. Clearly this store does a big perishables business. Deli is just around the corner... 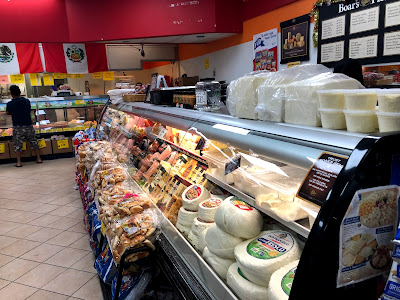 Notice the Boar's Head next to the specialty Latin American cheeses. A very nice mixture of basic groceries and international items in this store. 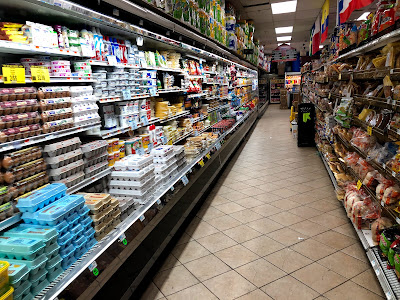 Dairy and some frozen foods in the last aisle. I'm not remembering where the rest of frozen is. 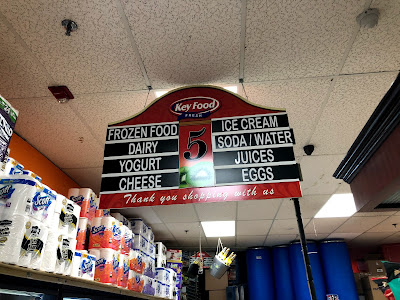 "Thank you shopping with us!" A nice sentiment, if perhaps not entirely grammatically correct. Notice yet another mirror on this wall buried behind more merchandise. I've been in old drugstores that have the large mirror on the back wall and a smaller one in the front corner. Was this previously a drugstore? 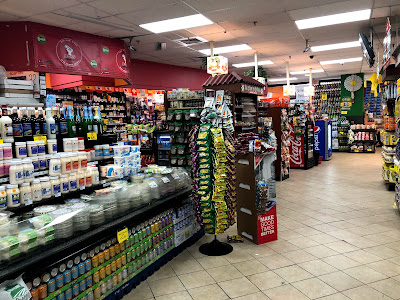 Here's one last look across the front-end before we head out. Notice the additional dairy case of specialty Latin dairy products here too. That's all for downtown Norwalk's only supermarket, come back soon to see the two grocery stores in South Norwalk (or SoNo)!