We're moving literally just around the corner from yesterday's CTown for a Bravo, which as I pointed out yesterday, is also run under the Krasdale Foods umbrella.
Like the CTown, this store has been a Bravo for many years but was very recently gut-renovated. 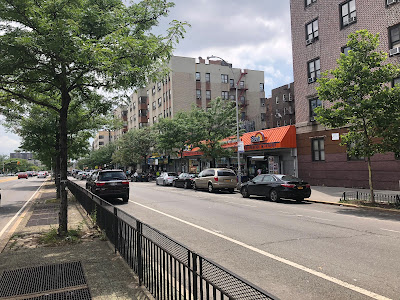 I can't say I'm a huge fan of the orange awning, but it's certainly attention-grabbing. 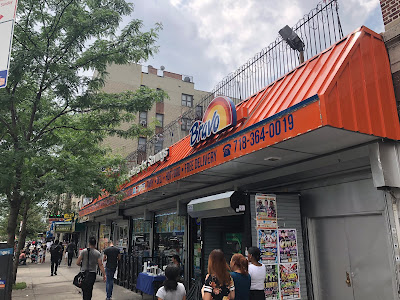 The exterior and interior were both renovated around 2015 and may have prompted CTown to renovate their own store. 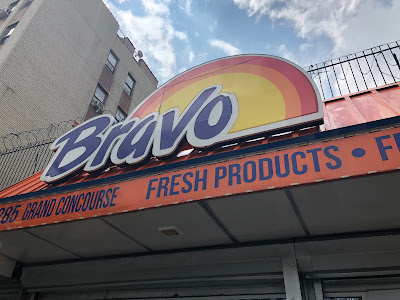 You enter right under the big sunrise (sunset? random colored bars?) to deli/hot food immediately inside the entrance to the left. Produce runs along the first aisle with meats on the back wall. Dairy/frozen are at the far end of the store with customer service in the front corner opposite the entrance. I swear I'm writing the same thing  (with some directions, left/right reversed) for all of the stores in this group, and interestingly, I didn't realize how similar they all were in layout when I was visiting them in person. I think it's just a layout that works really well in these stores. 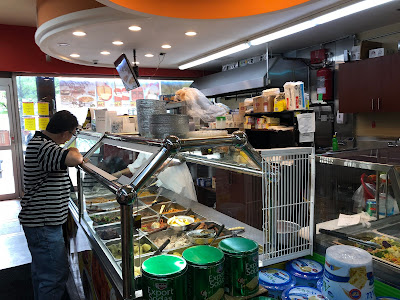 Hot food and deli in the front corner. You can start to see some of the similar curved sections to those we saw in CTown yesterday. 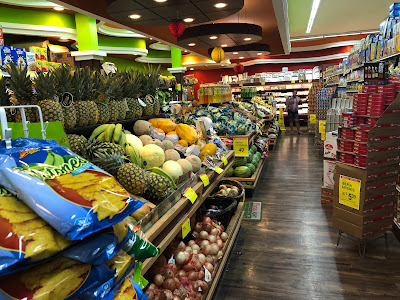 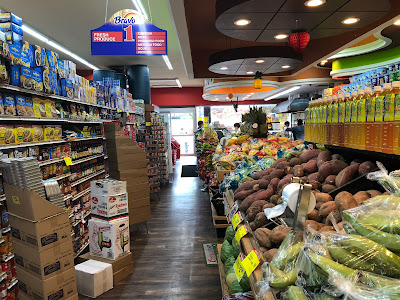 Looking back up towards deli. I love most of this store's decor except for these awful aisle markers. Who thought that was a good idea? 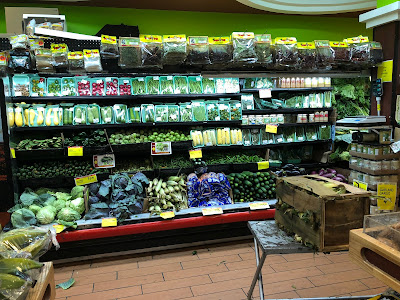 Some very nice produce here, including organic and natural options. As I said previously, the competition here really keeps everyone on their toes. 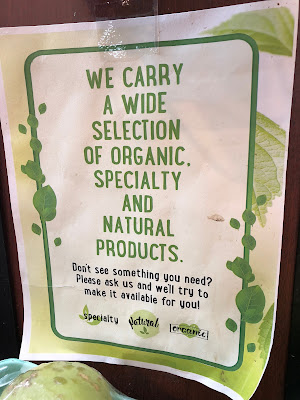 Generic Krasdale sign posted in the produce department. Nice idea, and not something that I see a lot of stores, especially in these lower-income neighborhoods, trying to promote. This store clearly focuses on healthy eating more than most do. 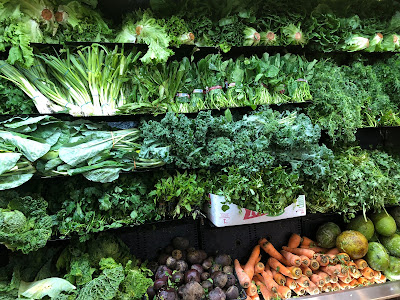 Just look at those greens! In the summer (these pictures were taken in June), Krasdale partners with local growers in New Jersey and sources a lot of their greens, such as kale, chard, and collards from local farmers. 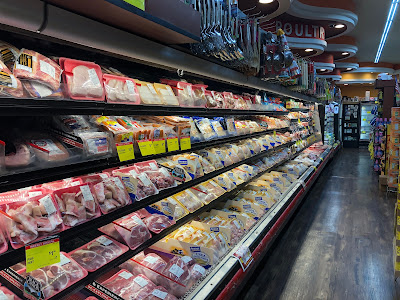 Another nice, clean, and well-organized meat department with new cases! 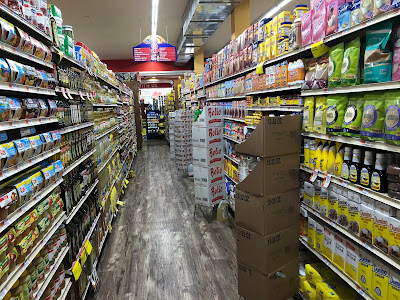 Clean and organized grocery aisle. The shelving isn't quite as nice as CTown's, but it's equally well-stocked. 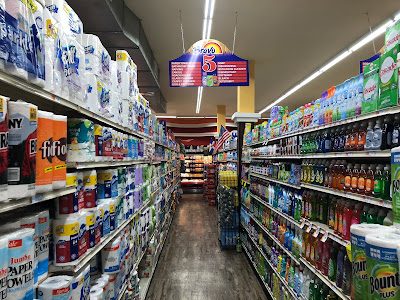 I always find it funny how these urban stores will have a full aisle of paper goods, cleaning supplies, etc, but almost no health and beauty items. I still don't exactly have a great explanation for that. Any input? 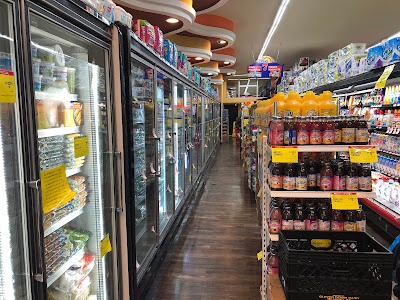 Frozen cases slightly older, but in nice condition. Frozen lines the side wall with dairy on the interior aisle. 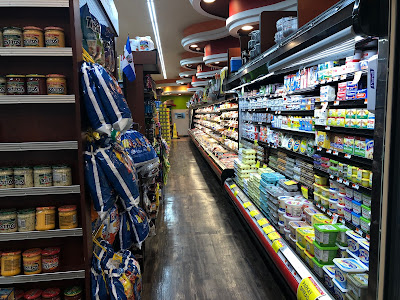 And looking to the first aisle of the store from the last, along the back wall. I do love the curved, two-tier ceiling here! This Bravo is really nice, although I do think CTown is still nicer. Tomorrow we have a third store tour, that's also recently upgraded. Check back soon!