Today's store tour is a very, very small store that also happens to have a large selection of a lot of groceries. Yeah, I know, that's been every single store so far in this group. But that's just what these supermarkets are in this area!
Due to their aggressive remodeling, top-notch stores, and strong in-store programs for perishables, I have labeled A&E Supermarket Group (owners of City Fresh Market and Cherry Valley Marketplace) an operator to watch out for in the coming years as they expand their store base and improve their existing stores. This particular location was an Associated in the 80s before becoming a Compare Foods and switching to A&E's City Fresh Market banner in 2015. 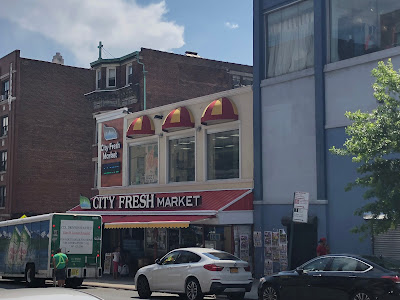 A renovation in or around 2015 also either added or opened up to customers the second floor of the store, visible here with the large windows. 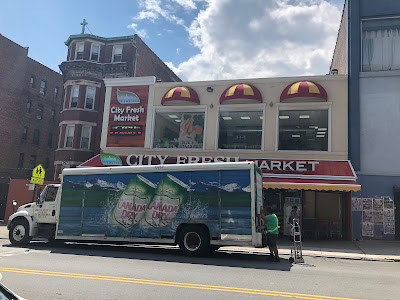 As you can probably tell, this is an extremely small store. 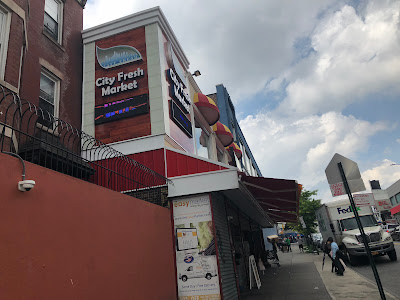 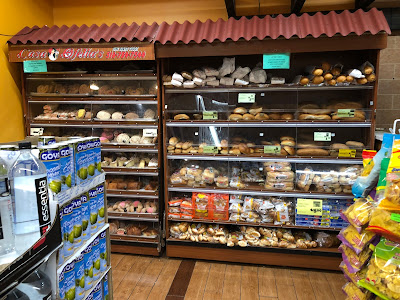 Nice bakery selection, at least for a very tiny store. We'll see just how small it is in a few pictures. 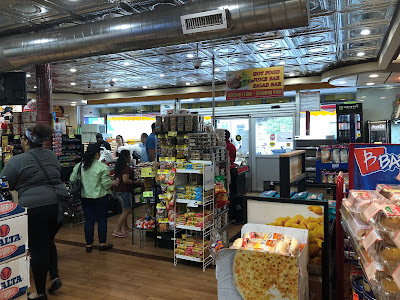 Here's a look at the entrance/exit and the front-end. 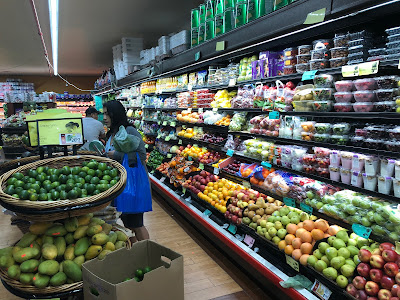 Produce lines the right side of the first aisle. 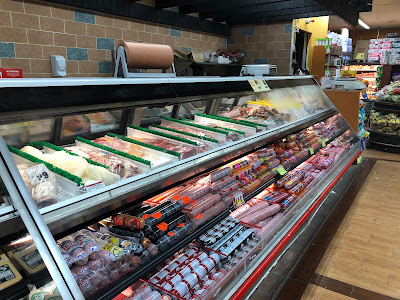 Deli (just out of frame to the left here) and butcher along the left side wall. It's nice that even such a tiny store has a very substantial service meat department! 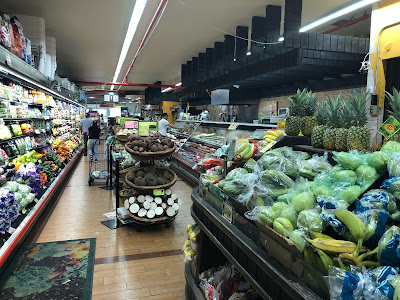 Looking back up towards the front of the store from the back of the first aisle. I love that structure hanging over the service counters. 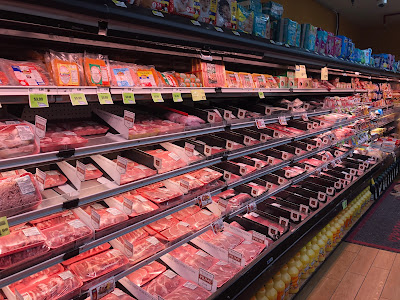 Meat case along the back wall. 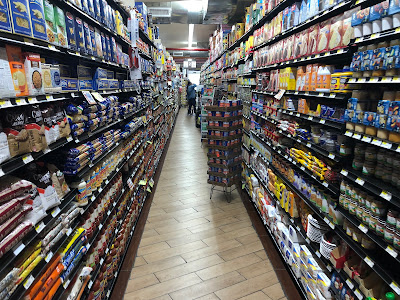 Okay, I sure hope this store never gets more than one or two people in any aisle at a time! 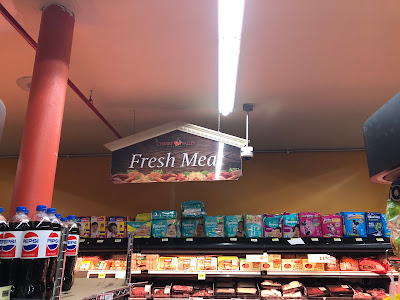 Looking back along the back wall, we notice this slight slip-up: the Fresh Meat sign is branded for Cherry Valley Marketplace, not City Fresh Market. In reality, it's not a big deal since the storebrand for both chains is called Cherry Valley, so it's not as bad as if the reverse happened. 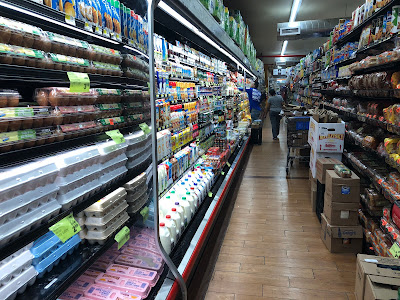 Last aisle, with dairy in back and frozen in the front, looking up towards the front wall of the store. Nice cases, too! 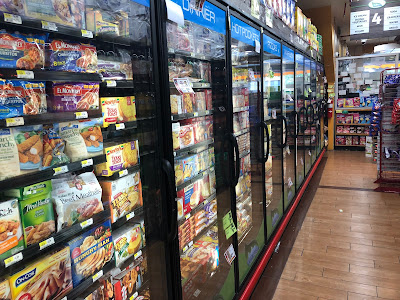 Very new-looking freezer cases along the side wall of the store, with customer service visible in the front corner of the store. 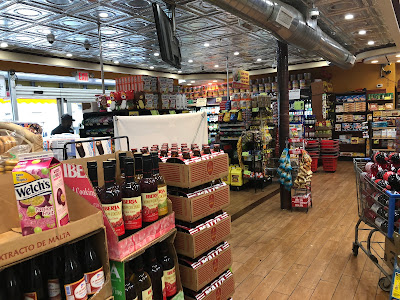 Another look along the front-end ,so you can see how narrow the store is. (The case you're looking at straight ahead isn't the dairy aisle, which is where we're standing. It's a case with packaged produce and grab-and-go beverages.) I love the tin ceiling, even though it's just a replica. And if we head to the left, behind the customer service counter, we can wind up a narrow staircase to the second floor, where there is a hot food/salad bar, a juice bar, and a seating area. 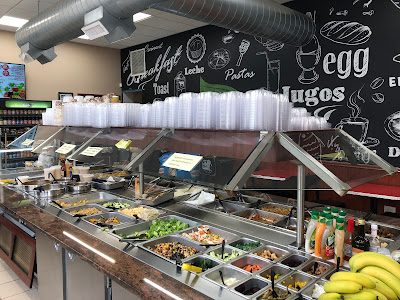 While I do believe this second floor area is original to the store, I don't believe it was previously open to the public. With the ongoing gentrification of this part of the neighborhood, plus the proximity of Fordham University, it's clear that City Fresh is appealing to a very different customer segment from other stores, and even different from who they used to. 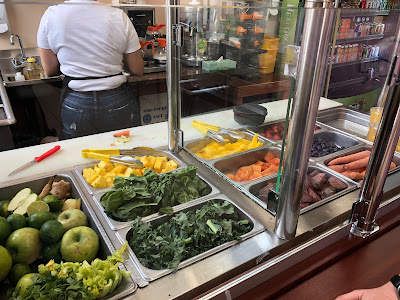 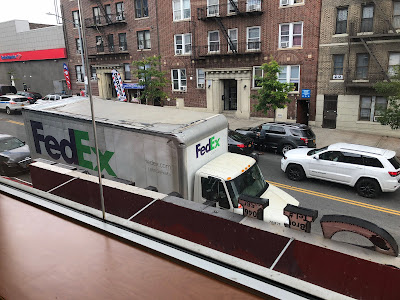 Looking out the front windows onto Valentine Ave, we even get to see the back of the sign! 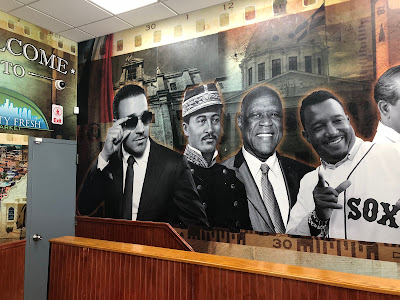 This large graphic over the staircase showcases assorted famous figures from the Bronx. Who's that one all the way on the left, with the sunglasses? It's J'Martin, a bachata singer. AKA Martin Espinal, president of A&E Supermarket Group. Yeah, they put a blown-up picture of the store's owner on the wall of the cafe. And yes, I love it. 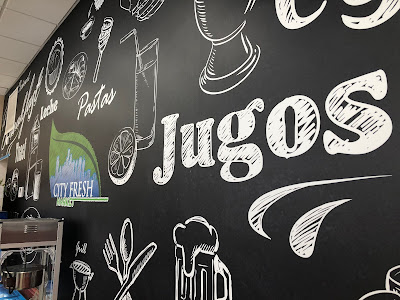 Really nice wall graphics over here too! And a part of the store we don't typically see on The Market Report, the bathroom...which I assure you was quite necessary at my visit. The reason I took a picture is because, well, I've never seen a supermarket bathroom this nice. It's also odd that there's no mirror. 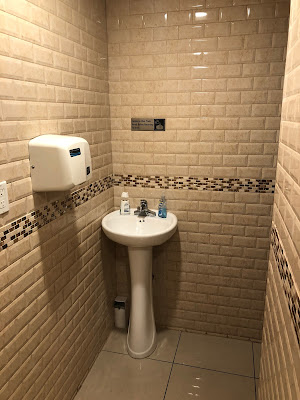 (The toilet, before you start yelling and screaming, is just around the corner to the right.) I think this is the first time we're ending a store tour in a second-floor bathroom. But perhaps it won't be the last...you never know what I've got up my sleeve.