Food Dynasty is a small group of stores with an interesting history of which I know almost none. I do know that the banner started with Krasdale Foods in the 70s or 80s, and by about 2009 had switched over to Key Food, although I also know there were multiple owners of Food Dynasty stores, so maybe it was some kind of sub-cooperative. Either way, this particular location was a CTown until 2010 when it switched to Food Dynasty. It's also our last store tour in the Bronx! (I previously toured a Food Dynasty over on Fordham Rd, but I didn't give much of the history of the chain, so I figured it should go in here.)
The funny thing is, there are very limited pictures of the interior of this store online. So I was excited to get in it myself and get a full tour. When I was done, I realized I somehow got a pretty sparse tour. Maybe it's something about the store's aura, discouraging photography. Maybe it's just that it was the end of the day and I was tired. Choose your explanation. 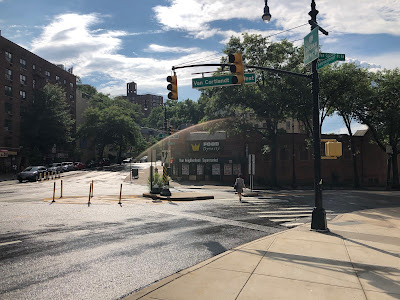 Well, maybe the rain was unpleasant to walk through but it did result in this rainbow in front of the supermarket. You can see what I mean about the winding and tree-lined streets in this low-key residential neighborhood. 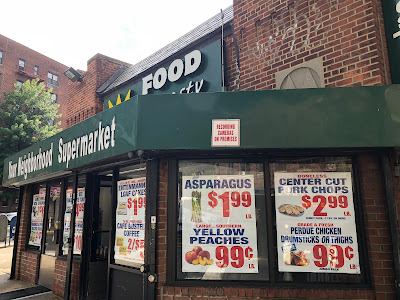 You enter on the right side of the store, with deli lining the right side wall and produce behind it in aisle 1. Meats run along the back wall, with frozen and dairy on the left side wall. Customer service is past the registers on the front wall. The store is clearly old, and as you can see, it's a beautiful building especially outside. Notice the seal visible to the right here, which you can see just above the green stripe. I recently learned that this "twin pines" design is the universal symbol for cooperative (read more here), which suggests that the store was very likely a Coop Food Markets. They also had a location at 543 Shaler Blvd in Ridgefield, NJ which we saw here. Anyway, let's head in... 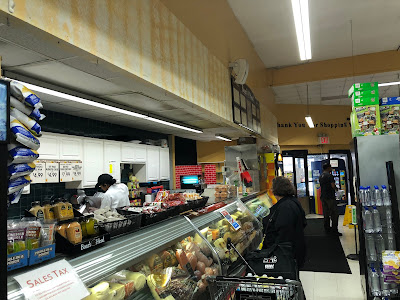 Nice big deli for a relatively small, neighborhood store. I love the selection of Boar's Head! Not a huge fan of that pattern above the deli though, which I'm pretty sure is intentional. We'll see it throughout the store. 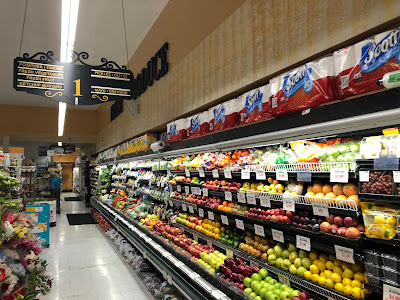 The aisle markers feel newer than the rest of the decor, although I'm not sure if that's true. Definitely left over from CTown (you can even see where the CTown logo would have been removed). Very compact produce department! 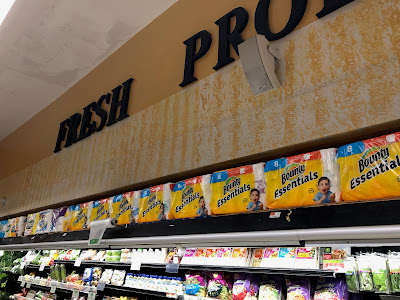 Yep, not loving that pattern. Am I interpreting that completely wrong and it's just the backing from something else that used to be glued all around the store? I doubt it, because the speaker wouldn't be in that location, right? I've never seen this decor anywhere else before, so I can't say for sure. 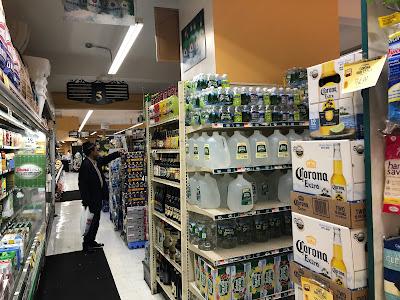 Note that the aisles are split, so that although there are only four aisles, they are labeled as eight. 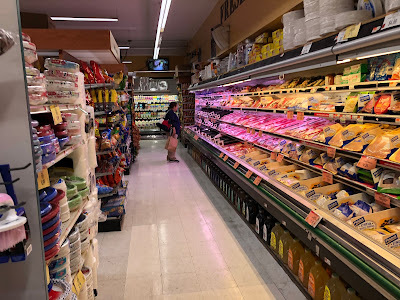 Here on the meat wall (back of the store), we have a solid color wall with a few random food pictures. No weird maybe-intentional-maybe-not pattern. We also have a lower ceiling, though, so whatever decor there is would be scaled down. 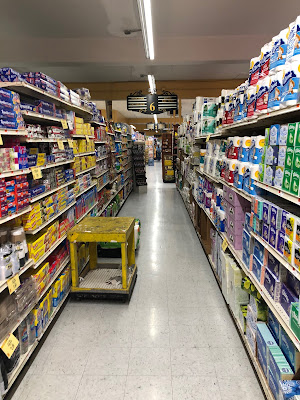 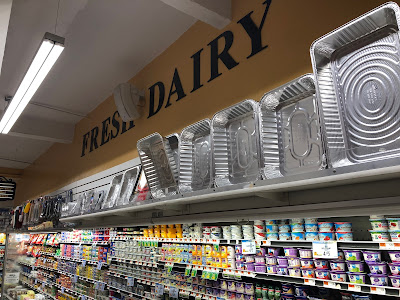 Dairy in the back half of the last aisle (8). Some pretty old equipment here, but very nicely kept-up. I always like the beams too, it's a nice touch that makes the store's architecture more interesting. 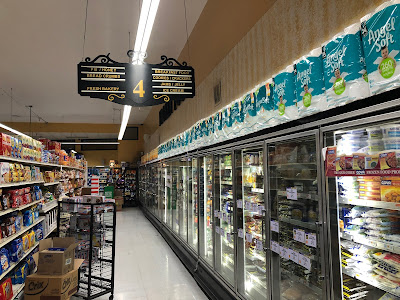 Looking at it more carefully, I almost wonder if the aisle markers were brought in from another store. Hard to tell for sure. 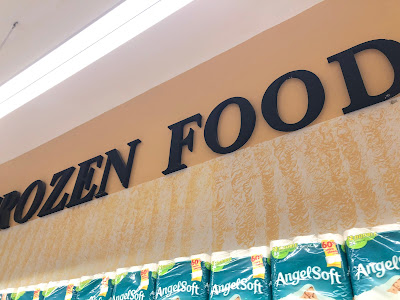 I'm willing to bet that the pattern was added after the rest of the decor, it's possible the whole thing was painted to freshen it up. I actually don't love the color scheme, it makes the store look pretty dingy. A simple repaint could make it look a lot better, because the store is old but actually in great shape as you can probably see from these pictures. 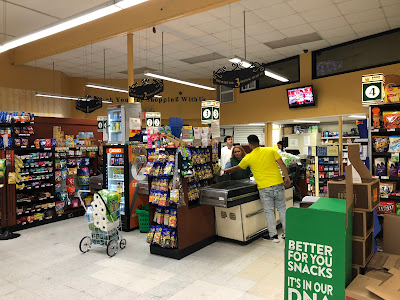 Here's a look at the front-end (with the deli just out of frame to the left, behind the half-wall you can see. Again, newer lane signage and very old but well-maintained equipment here at checkout. I'd love to see this store fixed up a little bit because it's clearly well taken care of, but it could stand some modernization. And that about wraps up our Bronx group! Come back for a few additional posts tomorrow.