We are beginning to close up the northeastern side of our circle here as we head north along Grand Concourse (just one block in here at the CTown on 198th St).
Generally these neighborhoods were quite pleasant to walk around. Much greener with more trees than you'd expect and generally hospitable for walking. This particular neighborhood was one in which I didn't entirely feel comfortable. It's a small and relatively isolated section that is, well, not wonderful. But anyhow, the supermarket was a good visit. 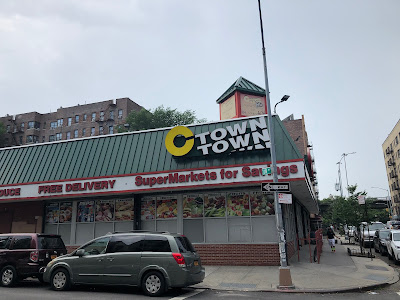 The CTown is located on the corner of Creston and 198th (yes, we saw another CTown a mile south on Creston) and the entrance faces 198th (we're looking at the side here). I got a kick out of these window signs. They're really promoting the produce department! Vegetable, produce, produce, fruits, and fruits. Quite the selection! 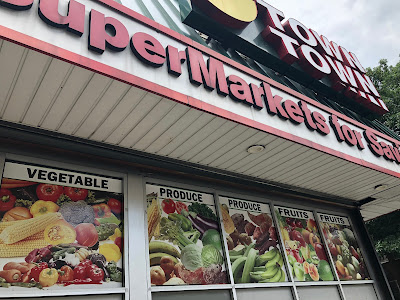 Like so many other stores, the deli/hot food counter is immediately inside the entrance on the left. Produce runs along the left side wall of the store, with meats on the back wall and frozen on the side wall. Dairy faces frozen. Customer service is in the front right corner of the front end. 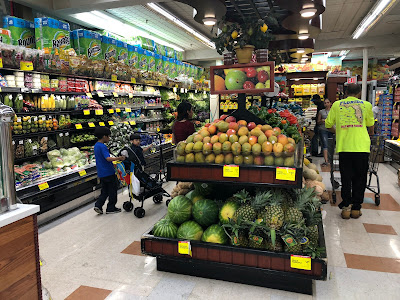 It's actually a quite attractive produce department. The deli and hot food in the front corner is quite nice too, but the hot food counter was closed for the afternoon. 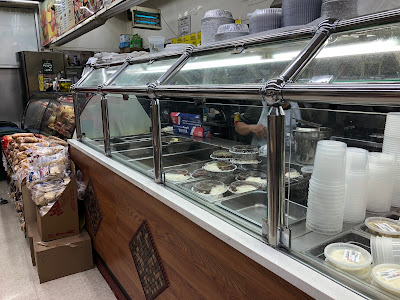 Very nice fixtures! Not really modern like we've seen at other places, but this store felt very homey. Which is an interesting feeling in the middle of New York City. 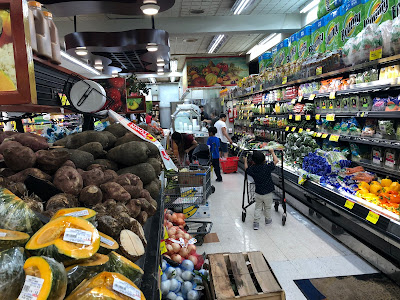 Looking back up towards the front of the produce aisle. I really like the wood-look hanging fixtures over the produce department! 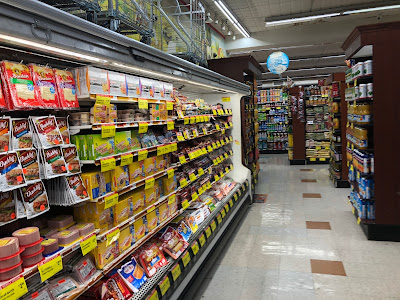 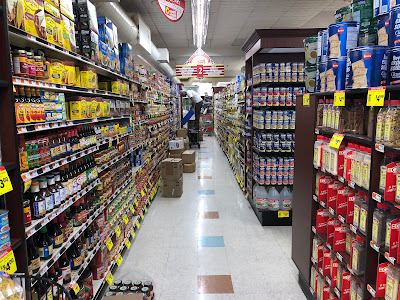 Looking up the first grocery aisle. 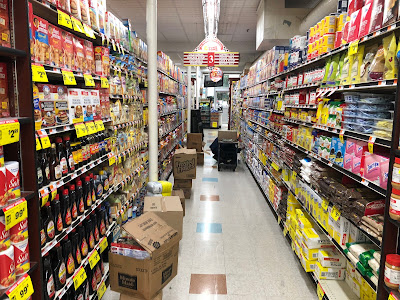 The grocery shelving is pretty old if you look carefully, but I have to say the black inserts along the front of the shelving really make it look better as you look down the aisle. 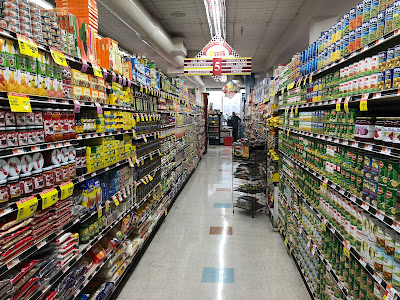 I really like this store, but I'm not a particularly huge fan of how it looks. I do like the murals running along the top of the walls (see the deli department for an example), but the floor color choice is questionable (blue and brown?) and the aisle markers are kind of a pattern and color mess. A solid supermarket like this one deserves to look better. 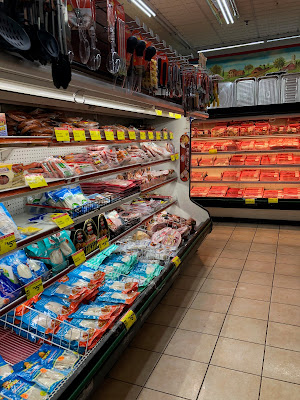 Seafood and smoked meats on a short section at the back of the first aisle. I'm assuming the section behind this case, which juts out into the store slightly, is the receiving area that has elevators to the basement of the store. Meats run along the back wall. And nicer flooring in this section! 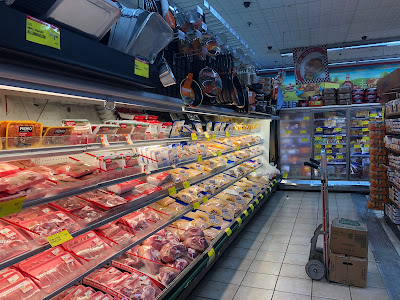 Nonfoods towards the end of the store... 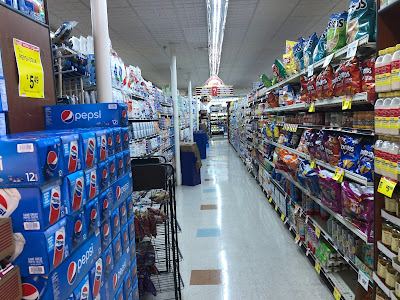 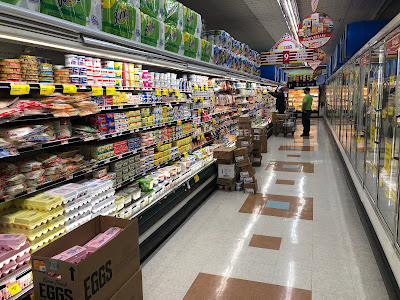 Some fairly old cases here, although they do look to have been fixed up fairly recently. It's clear the owners here take good care of their store. Just take a look at that floor, how clean it is! 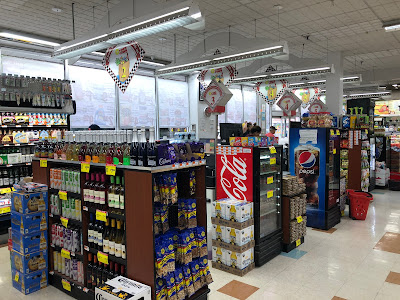 Beer section in the front corner of the store, and front-end with a confusing amount of signage and stuff hanging from the ceiling. I don't think it's a bad design (okay, some of these signs are actually awful designs), but there's just a lot of stuff and then a lot of patterns and colors on each sign. 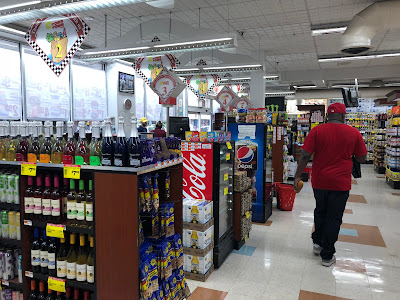 Still a nice store, and kept up very well! Tomorrow we're heading a while north on Grand Concourse to check out a Fine Fare. Stay tuned!