En route from the CTown on 204th to the stores we're going to see in the coming days, I passed through the Mosholu Greenway, a pedestrian walkway along the Mosholu Parkway that's a pleasant green corridor in an otherwise very dense urban neighborhood. 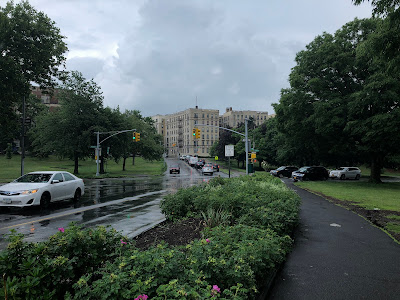 It makes for a very nice alternative for walking or driving that's away from the congestion and traffic on Jerome Ave or Grand Concourse. Plus, the rain had let up, so that was nice! 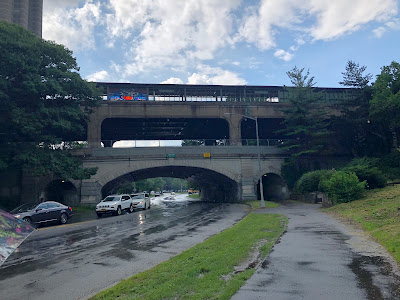 How about that for an overpass? We have the Mosholu Parkway and sidewalk on the first level. Jerome Ave on the second level. The elevated subway line is on the third level, and it even has a station platform attached to it! We'll be heading north on Jerome (to the right above) for the coming stores we'll be seeing through next Tuesday.