Just half a mile north from yesterday's CTown doesn't seem like such a bad deal to get to this Fine Fare. But let me tell you, when it's 90+ degrees and high humidity, it's not wonderful.
This Fine Fare, however, was definitely worth seeing. It's kind of a relic in some ways and perfectly normal in others. 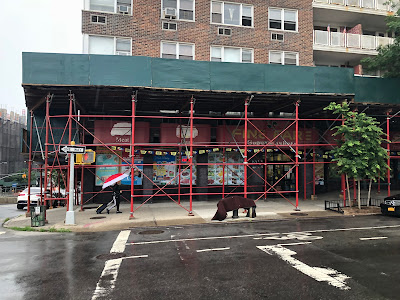 The building was unfortunately pretty covered with scaffolding for work unrelated to the supermarket. It does, however, rather obstruct our view of the Fine Fare. Should have called up the building super beforehand and tell him that The Market Report was coming so would you please remove any obstructions to getting the full shot of the Fine Fare. 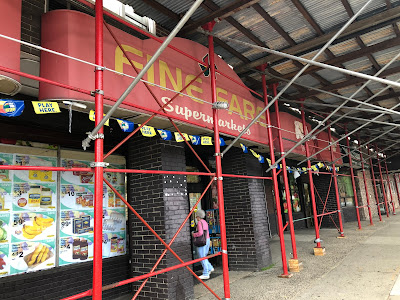 This supermarket is nothing if not quirky. You enter on the right side of the storefront and turn right 90 degrees to go up a narrow and hilarious one-way ramp, as we'll see, to a tiny produce department with a deli. You then can go back down a separate ramp to meats in the first aisle, dairy on the back wall, and frozen foods in the last aisle. 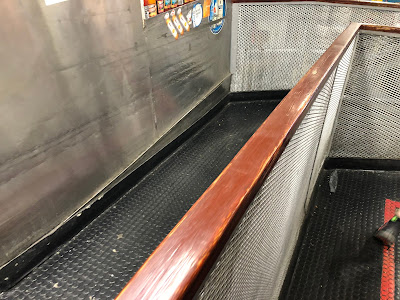 Yep, you're looking at the entrance to the produce/deli room. Photography was quite difficult in this store in general just because of how tiny everything is... 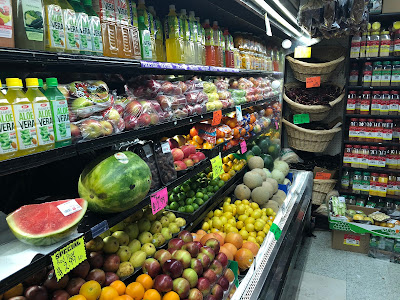 Produce is made up of one single dead-end aisle that ends at the front wall of the store. The deli is at the back of that aisle. And hey, they do have one single whole watermelon! 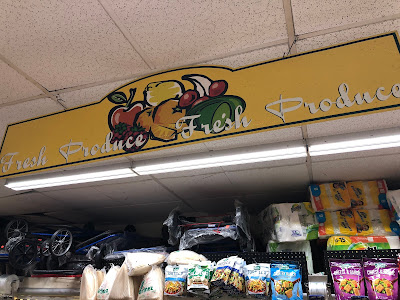 No space is wasted in this store. Well that's true for most urban supermarkets, but, um, take a look at this. Also, I like this sign but does it really need to say "Fresh Produce" twice? 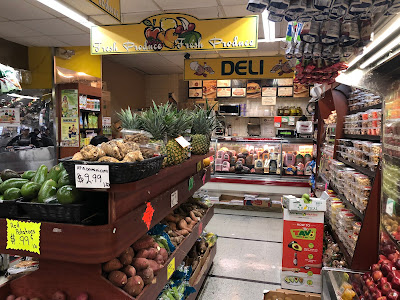 Deli department (in the Fine Fare font, a nice touch) at the back of that aisle. You can see the doorway to the ramp to the rest of the store to the left. 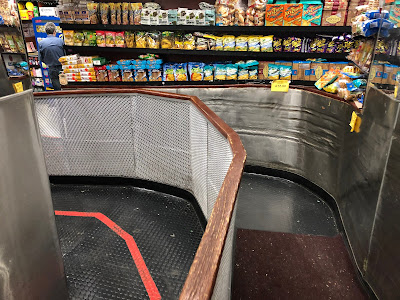 And now to wind back down through our ramp... 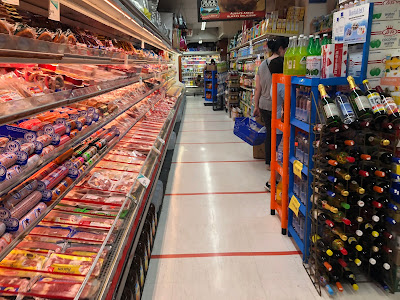 Well okay, after that, the rest of this store (we're looking down the first aisle towards the back of the store) looks pretty normal. That's true, unless you find yourself needing to go to the bathroom, which is on the right in the first aisle (making it behind the deli department but on the lower level). 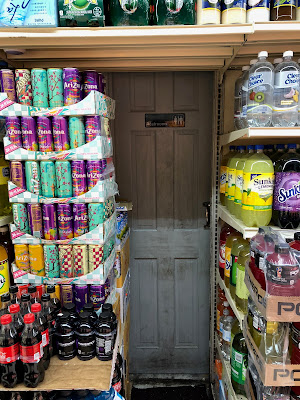 My uncle, who's 6'6", would probably have a little trouble around here. 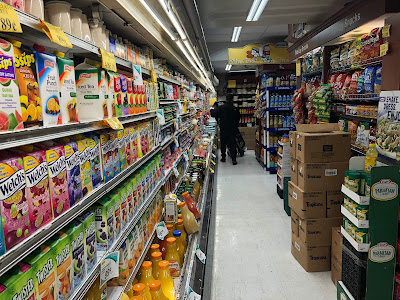 Looking along the back aisle of the store back towards the first aisle. Some pretty old fixtures here, it looks like. 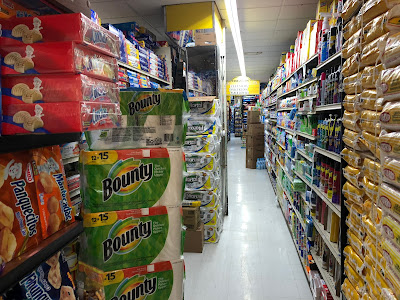 Pretty narrow grocery aisles, but as usual, there's a nice selection packed into this tiny space. All the basics you could want. 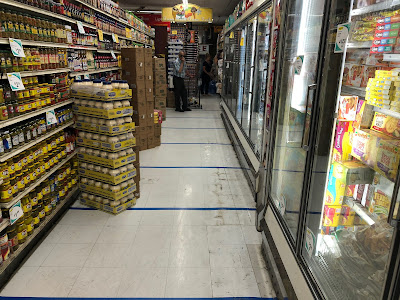 Last aisle with some very old freezer cases and a whole lot of pickles. 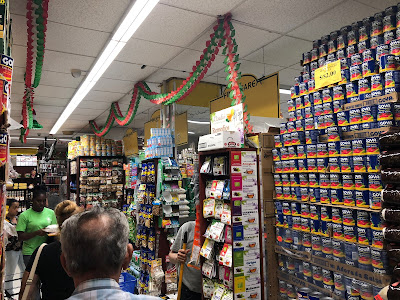 I don't have too vivid a memory of this store, so it took me a while to figure out that we're actually looking across the registers here, not into the aisles. Man, that's a lot of stuff around the registers! I liked this store because of how quirky it was, but it's very old, very cramped, and not exactly the type of place I'd frequent for large shopping if I lived in the neighborhood. I'd instead go to the CTown that we're going to see tomorrow!