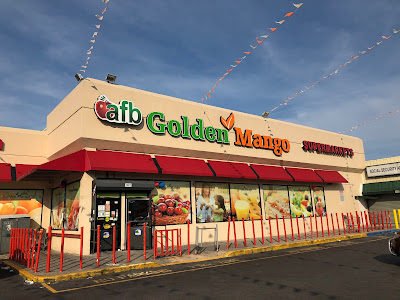 Okay, be ready for some very sloppy history reporting here. This store was a Waldbaum's until somewhere in the neighborhood of 2005-2007, when it changed ownership and became a Golden Mango Supermarket. I do know the store was at one point owned by a Korean owner (the writer of an article about businesses in Canarsie, a predominantly black neighborhood, seemed to be shocked to find that the store's owner was Korean. Uh... do your homework). At some time around 2010, the store changed hands again and was taken over by either Raul Acosta or Andres Ferreira (who owns most Ideal Food Basket stores in New York City) and joined the NSA, or Neighborhood Supermarket Association, cooperative, which was transformed into Ideal/America's Food Basket. Then, by the summer of 2019, the store had gone through what seemed to be an extensive renovation and expansion, and the store's banner may have been switched from AFB Golden Mango to just straight Ideal Food Basket. 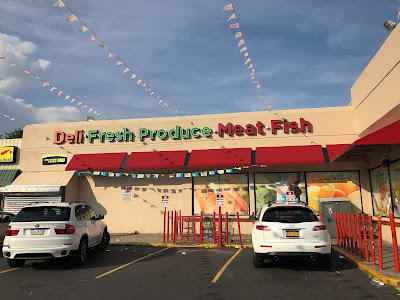 Andres Ferreira has been extensively renovating nearly all of the stores he owns, as we'll see in some of his other locations, so I wouldn't be surprised if this one was his too. Acosta may be the store manager, although a report by News 12 identified him as the owner. 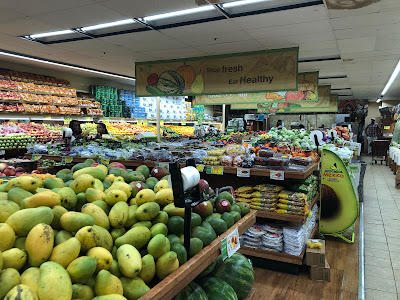 Okay, my tour is going to be rather brief here, and let me attempt to describe the layout. You enter to the produce department with seafood at the back. Dairy and meat are in a walk-in refrigerator room (not part of the original building, but added by Waldbaum's) to the left, and frozen foods are in the first aisle. Deli and bakery are in an island between the entrance and exit on the front end, with customer service at the far end of the front end. 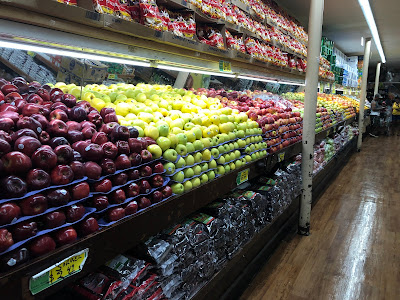 Looks like they do quite the business on produce here! 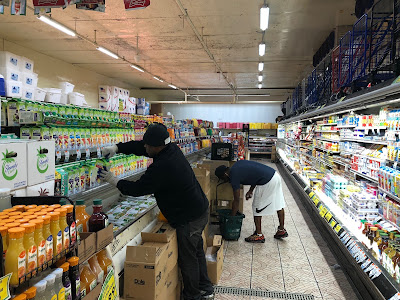 Dairy and meats in the separate room, which amounts to the first and second aisles. Very interesting flooring here, I can't quite tell how old it is or where it came from or what (if anything) it matches! 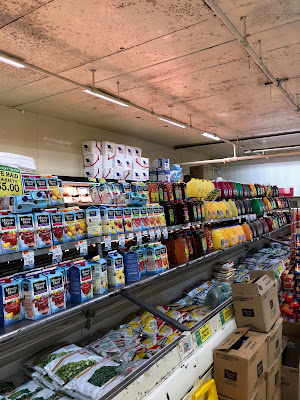 Some frozen items in this area, but most are in the last aisle. Very old freezer cases here, and not an inch of space is wasted! 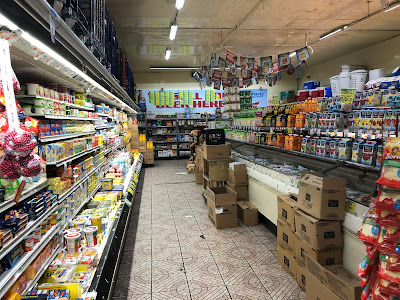 Looking towards the front wall of the first aisle. Beer is on the front side of the aisle, and the butcher counter is in the back. 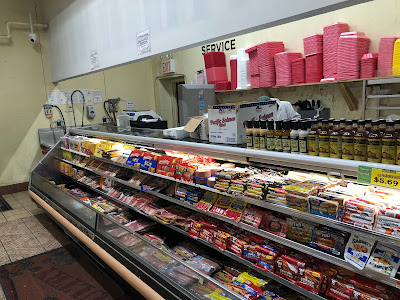 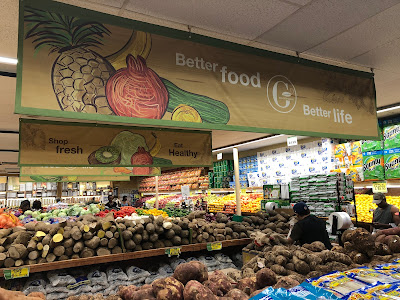 These graphics hanging above the produce department are really nice, but there's unfortunately rather little decor around the rest of the store. Perhaps with the latest renovation, there are some more decor elements. 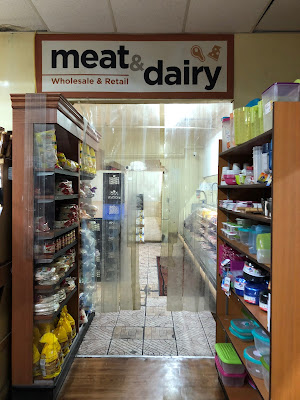 Here's the pass-through between produce and meat/dairy. Frozen is actually in the first aisle. 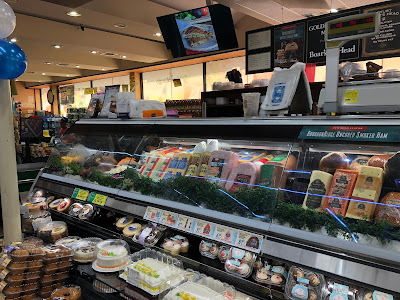 Deli and bakery on the front end, in a lower-ceiling area. 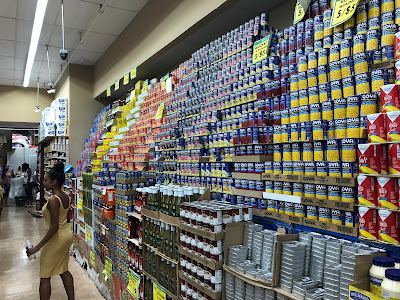 What I'm assuming was Waldbaum's meat department is now a wall of values-styled display. 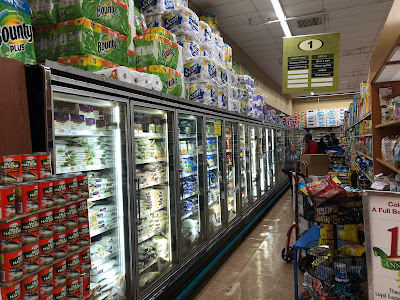 Frozen in the first aisle, backing up to the produce department (to the left in the picture above). 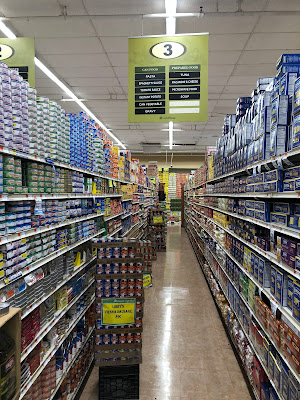 Some nicely organized, if rather cramped, grocery aisles. 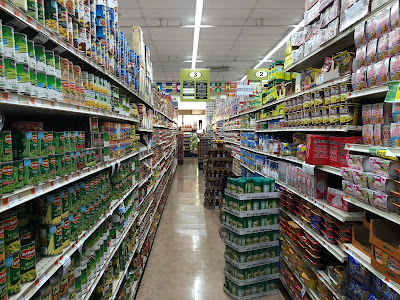 And because we've already taken care of meat, dairy, and frozen, the last aisle is just more grocery shelving with more high-stacked displays. An interesting twist from what we normally see! We can tell Waldbaum's would have had refrigerator or freezer cases along this wall too, but it is now packaged groceries. 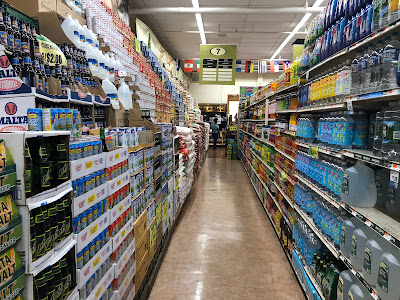 Only seven aisles, but the store is larger because the first four (meat, dairy, and two produce) are not labeled. It ends up in the range of 15-20,000 square feet. I would love to return to the store following the renovation, because Ferreira's other newly renovated stores are pretty beautiful! That's our tour for now though.