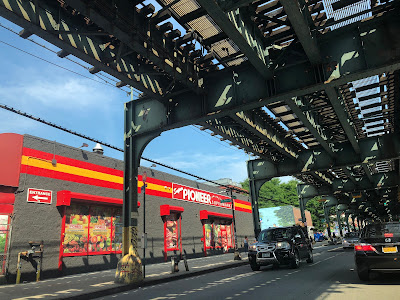 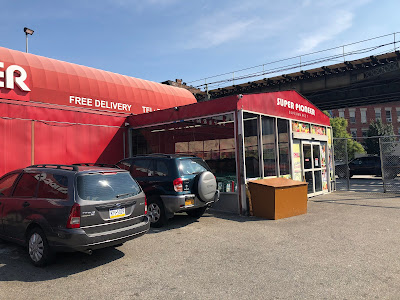 Opening in a former auto parts store around 2009, this Pioneer joined a store at 616 Melrose Ave in the Bronx as two brand-new Super Pioneers. 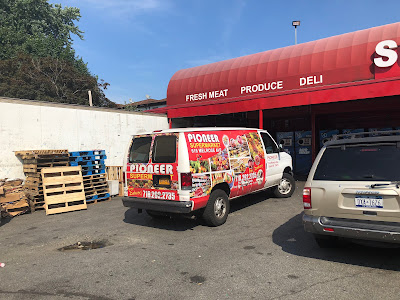 In fact, the delivery trucks parked in the lot both had the 616 Melrose address. 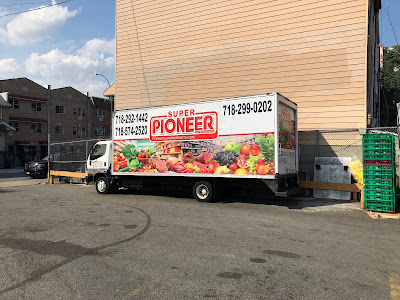 The approximately 11,000 square foot store has more recently had a slight expansion in an awning-type enclosure (but it's not a really part of the building). 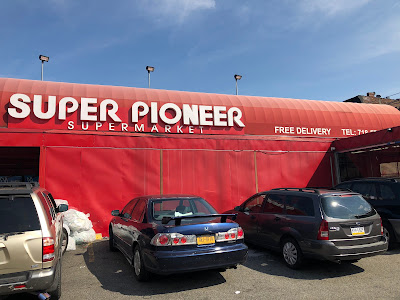 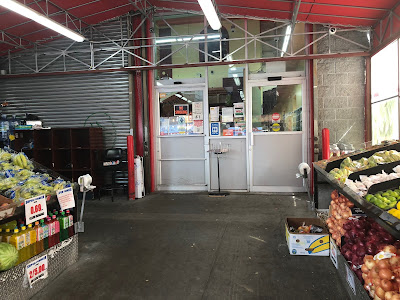 It drastically increases the produce selection, plus the ubiquitous "wall of values". 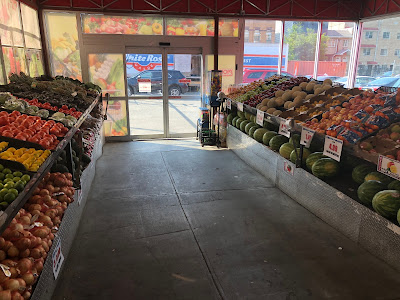 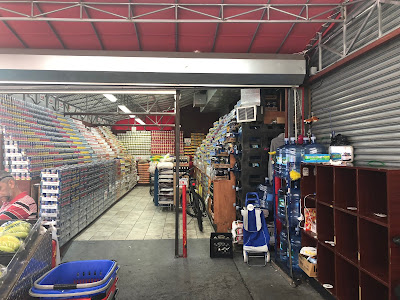 It is a dead end, which makes the layout a little awkward, but it's still a great increase in sales floor space. Heading in, we do see a pretty substantial produce department in the first aisle with a deli at the front. 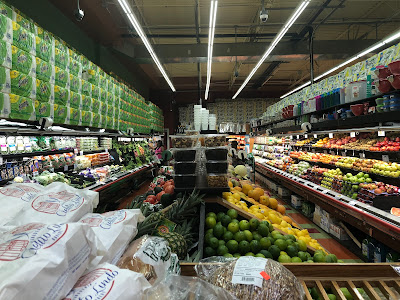 Like many stores around this size, the produce is a double-wide aisle. Both sides are refrigerator cases. 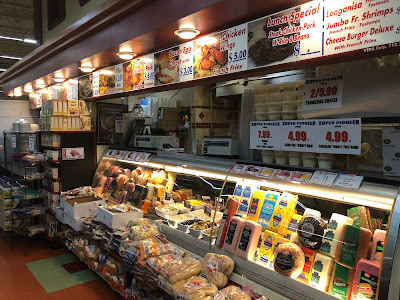 Deli is located at the front of the first aisle, with the exit walkway behind the deli. 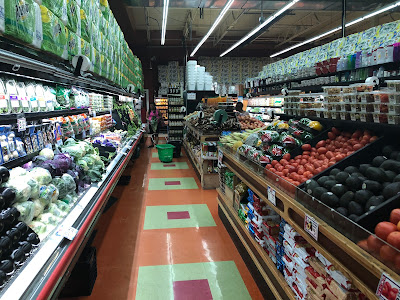 Lots of stock just because it's piled so high! 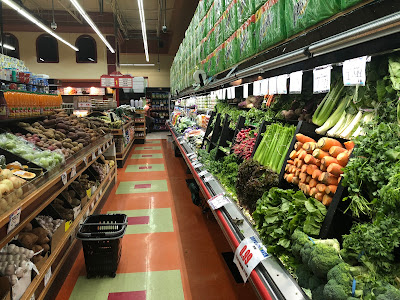 Some very nice vegetables, although I did find the prices to be rather high. We're looking up towards the front wall of the store here.

Beer is located in the back left corner of the store on the outside wall. 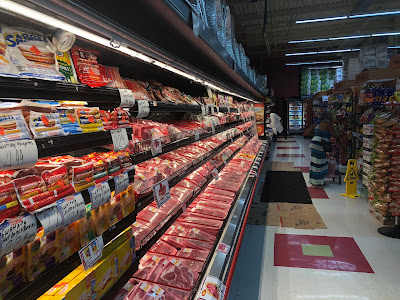 Meats and cold cuts run along the back wall of the store. 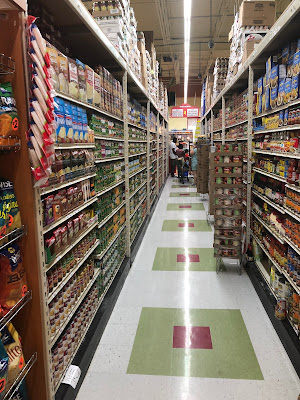 Some very nicely stocked, if rather narrow, grocery aisles. 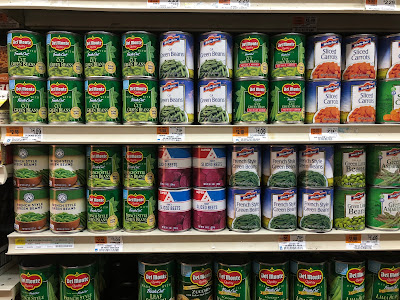 We do see some scattered storebrands (White Rose and Super A are on their way out, with Avenue A on its way in; I visited at the transition period). 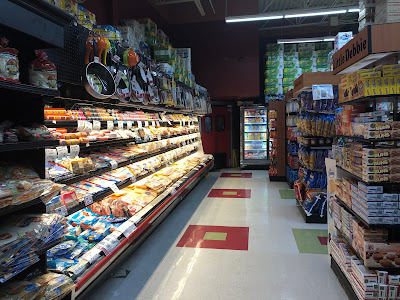 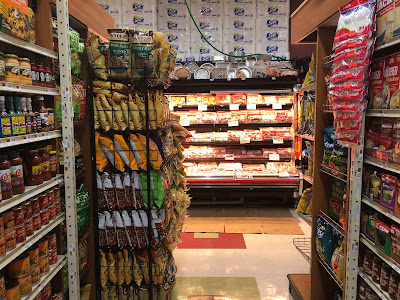 Some of these corners are more than a little crowded and difficult to navigate, but I understand that they want to pack selection into these small spaces. 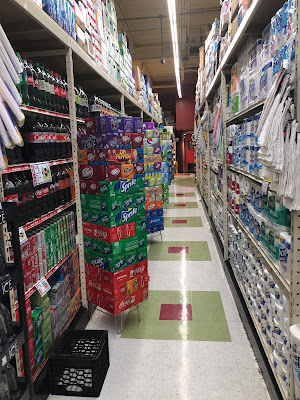 Paper goods to the ceiling! 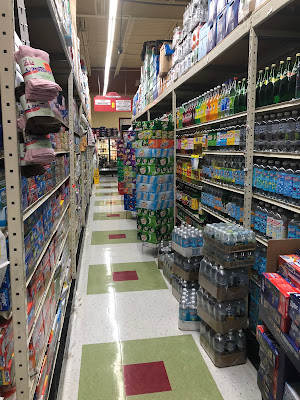 Displays and some additional stock make these aisles very narrow. I wonder whether the store ever gets very busy, and if it does, it's likely that they become very difficult to navigate. 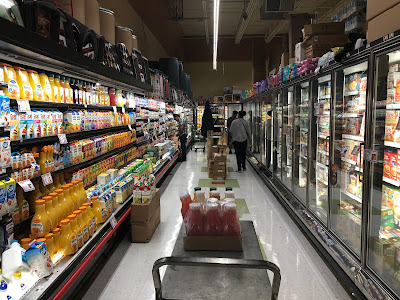 Frozen and dairy in the last aisle with some additional frozen foods on the front wall. 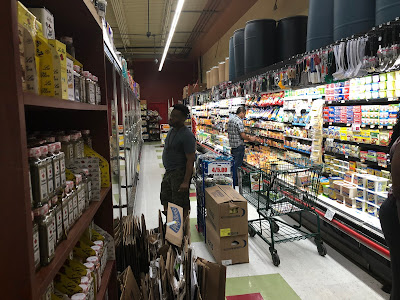 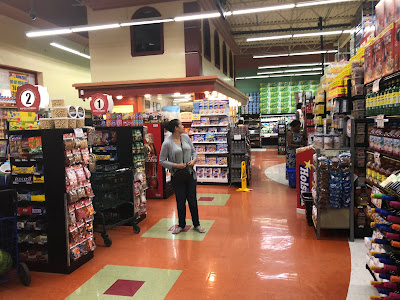 The front end, however, is oddly spacious. 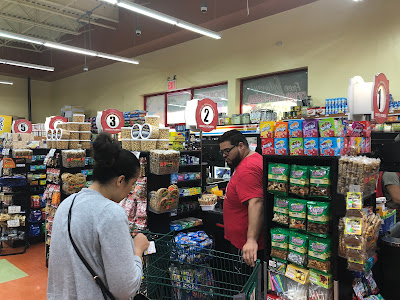 That about wraps up our coverage of the Pioneer here on Broadway. We have a few small stores until we get down towards East New York-Canarsie in the coming weeks!