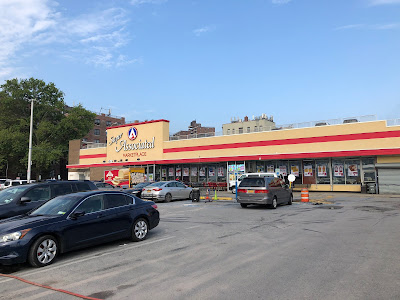 Can anyone guess what this store used to be? Do I hear a... Pathmark? Ding ding ding! You got it! Moving on from Brooklyn, we're now tackling Manhattan, moving from the very north end of the borough (here in Inwood, which is very close to Marble Hill across the river and Kingsbridge just north), to the southern end. Inwood borders on suburban, allowing for this store to have a large parking lot. It's worth noting that the parking lot is also rented out to people who want to park long-term, so not all these cars are here for Associated. I visited early in the morning, so it was pretty empty. I'm not entirely sure how the Pathmark's layout would have been, but this store (at 35,000 square feet) resembles a smaller Pathmark's layout, so it's possible the layout hasn't been significantly changed. 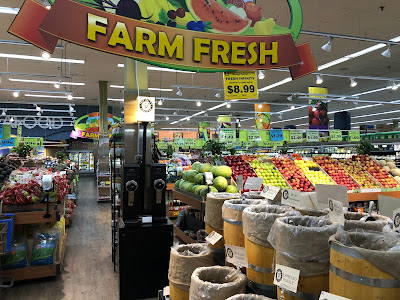 The decor, obviously does not! All of the decor and most of the fixtures have been redone. The produce department is significantly larger than what most Pathmarks would have, so I'm assuming the space to the left was previously health and beauty. 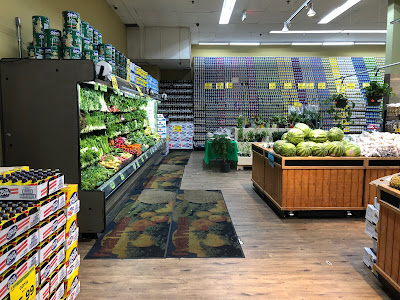 While the store no longer looks much like a Pathmark, there are some very Pathmarky elements. Such as that drop ceiling in the corner! This location closed in the A&P bankruptcy, slated to be replaced by a Golden Mango Supermarket. While Golden Mango never came through, Super Associated opened shortly thereafter. It's entirely possible the owners simply announced the Golden Mango name first because they hadn't received the license to the Associated brand yet. 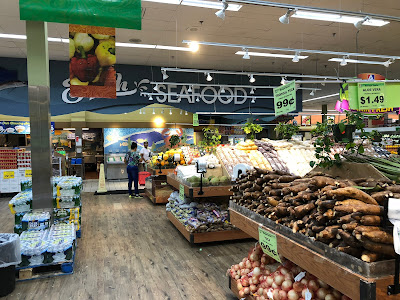 The selection across the store leans Latino, but also has a more than adequate organic/natural/specialty selection. Side note, it appears these owners also own a large Compare Foods Supermarket about two blocks south at 3815 9th Ave, Manhattan. 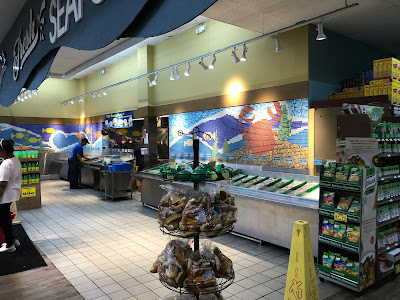 Fresh seafood on ice at the back of the produce department, with frozen seafood just around the corner to the right. 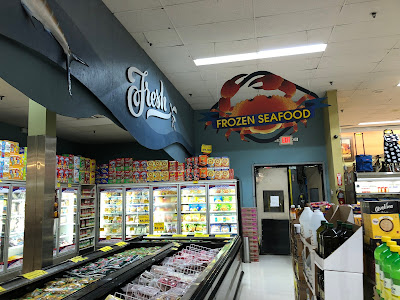 Recognize that frozen seafood sign? I sure did! You can see the exact same one at the SuperFresh in Irvington, NJ (also a former Pathmark, although it now has different owners; the sign is not left over from Pathmark). And speaking of recognizing... 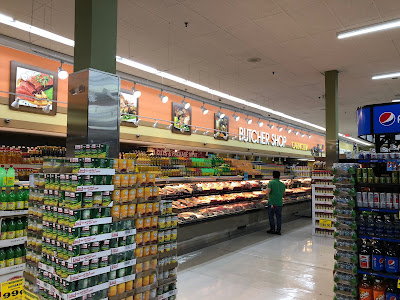 This meat department graphic seems to be awfully familiar too! That's because we've seen a variant in the Bloomfield, NJ SuperFresh Food World (see here and here) and the exact one in Key Food-turned-SuperFresh-turned-Freshway in Fairview, NJ (see here and here). All of those stores have different owners, so I can't exactly explain that one. 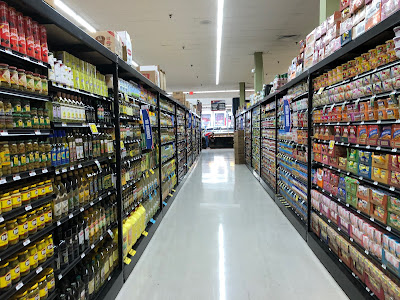 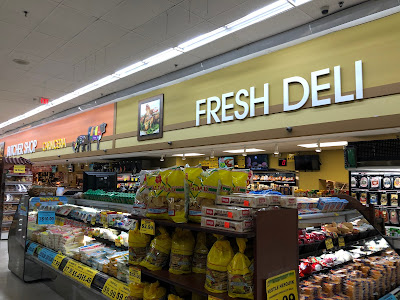 Deli/bakery is in the back corner opposite the entrance, with dairy in the last aisle and frozen in the second-to-last. 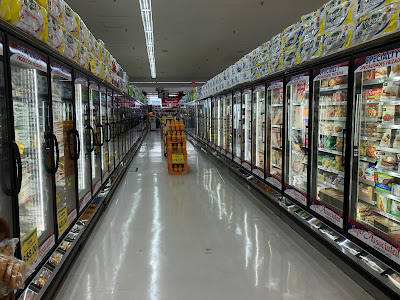 There's a somewhat awkward corner in the front that looks like it was supposed to be a prepared foods/cafe area that never really happened. But don't worry, it still has beer and cows (and really, what could be wrong with that?)... 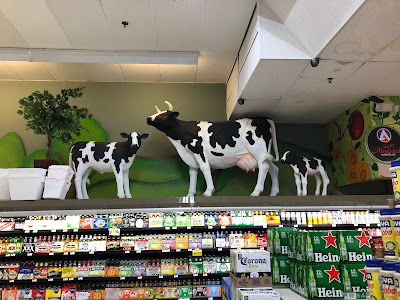 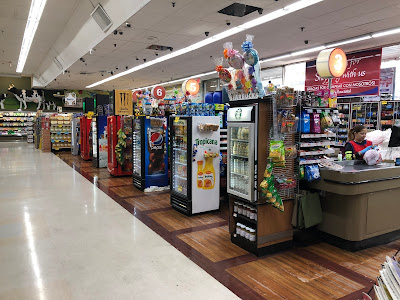 And looking in the other direction, we see a newly redone customer service counter... but could it be? Is that a single, solitary Pathmark sign left in the whole store? It is! (Also a very Pathmark ceiling.) 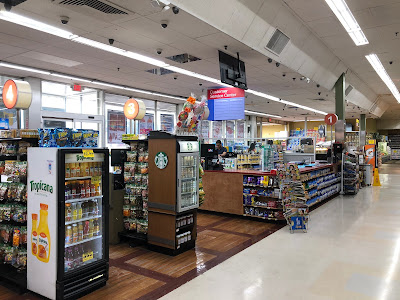 That about wraps up our tour of the Super Associated Marketplace here in Inwood! I liked the store a lot, but it seems that (as one of the four supermarkets in all of Manhattan with a parking lot), it is not long for this world. (One of the things that grinds my gears about that and other articles about this property, is that it makes no mention of the fact that there is currently a major supermarket operating on the property, identifying it only as a former Pathmark.) After actively seeking out a supermarket tenant for this space, the developers seem to have moved on to bigger and better things. Not surprising, for sure, but still disappointing every time. As of writing, however, no work has been officially started. We'll have to see how this one goes. Truth be told, you can have the parking lot! Just leave the supermarket.