A former A&P dating back to the 1920s, the building at 191 Elmora Ave (just across Grand St from Food Bazaar) has seen many tenants through the years. I believe it was another supermarket following A&P, likely in the late 50s or early 60s, but by the late 60s, it was a five-and-dime store. Neither one of my parents, who both grew up in the immediate neighborhood, could remember the name of the store, although my mother thought it might be something like C&L or two letters. Any Elizabeth folks, input? 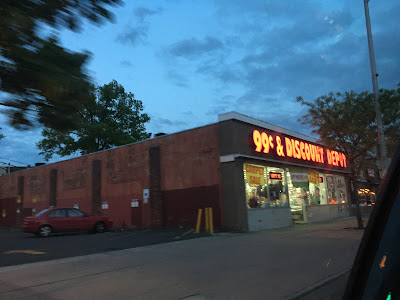 By 2007 it was the 99c Depot ("Everything 99 Cents or More!" Uh...) but it was later changed to the 99c and Discount Depot, which is a small chain or franchise in the area of discount/dollar stores. 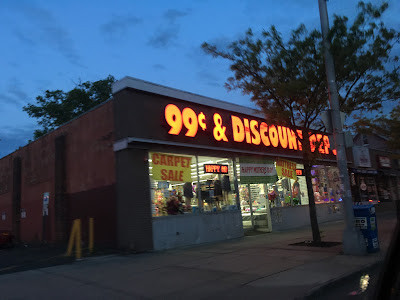 Recently, it seems that the Dollar General that opened in half of a former Food Fair-turned-Pantry Pride-turned-Mayfair Foodtown-turned Cost Cutters (sharing the space with the Elmora Farmers Market) took its toll on the older, smaller, and pricier 99c & Discount Depot. The store closed up in the summer of 2018. 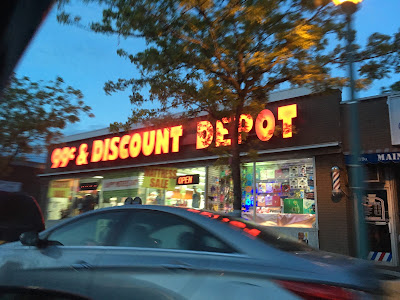 The space remains vacant for now, and although the facility is a fantastic spot for a small supermarket like a CTown, its location across the street from a large farmers market and down the block from a Food Bazaar, not to mention a quarter of a mile from a huge ShopRite, probably suggests it won't be a supermarket anytime soon. However, it was the first grocery store (that's still standing and recognizable) in this neighborhood. To be fair, I don't know Elmora history before the mid-1960s, so it's possible there is actually an older grocery store still here. Anyone know for sure?