Today we're going to take a look inside Paterson, NJ's first new-build supermarket since the 1970s. The Super Supermarket opened in 2014 and is the flagship Super location. We've also seen an older location in Orange (twice) and briefly looked at the Newark location. 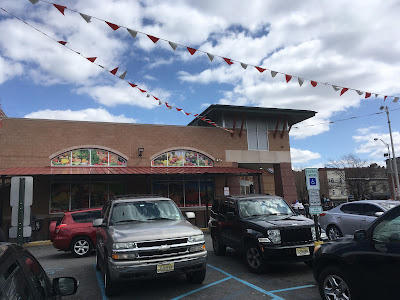 The Paterson location is the only new-build store in the group. 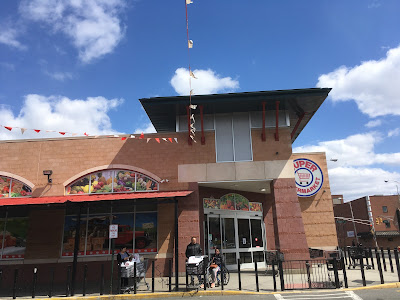 I couldn't very well capture the exterior of the store because it's large and somewhat strangely-positioned, but you can see a better view on Google Maps. 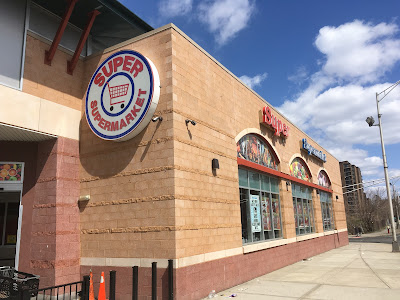 The front end faces this wall (Main St) with produce running along the parking lot side. Deli is in an island facing produce, and meat and seafood are on the back wall with frozen and dairy at the far end of the store. 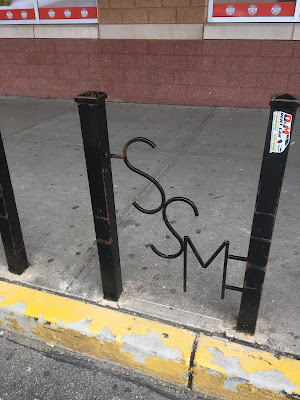 Because the store was a new build, there were a lot of customizations that Super did to the building and the property, such as these Super Supermarket (SSM)-branded fences. 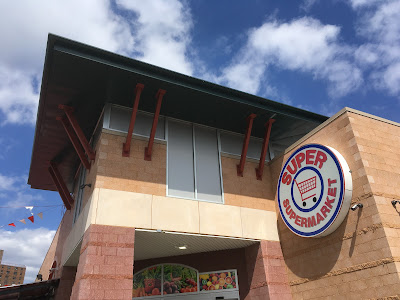 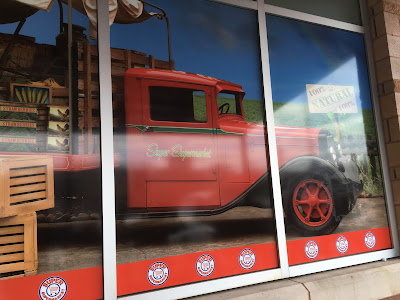 It's a pretty extensive look at the exterior, but a pretty short look at the interior. For anyone who's not aware, Paterson is one of the highest crime municipalities in the state and security at this store is understandably tight. A security guard asked me very pleasantly to not photograph the store while I was in the first aisle, so I stopped... except for one more shot in the last aisle. 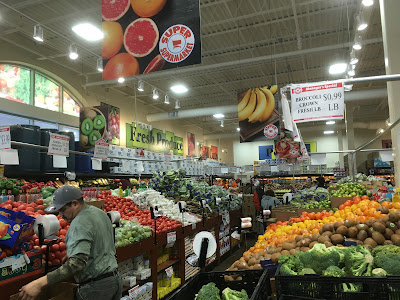 The produce section has actually been redone since the store opened. Originally, the cases were smaller with no lower shelving and ran perpendicular to the side wall. I think they might be trying to pack too much into this location throughout, because it was difficult to get around the store in general. 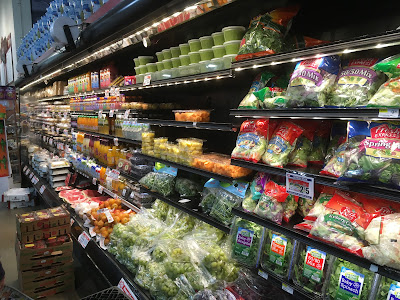 Some of the produce prices were quite reasonable, others were not. The selection is huge, though. 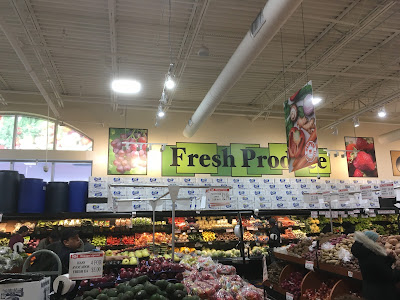 Very nice decor, and the same style we saw in Orange. 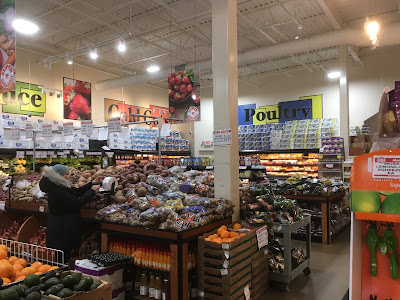 Back of the produce aisle. For the selection they have in this store, it needs to be about 5-10,000 square feet bigger for comfortable shopping. 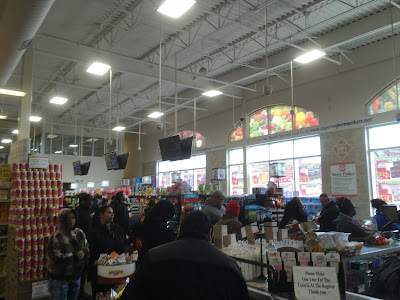 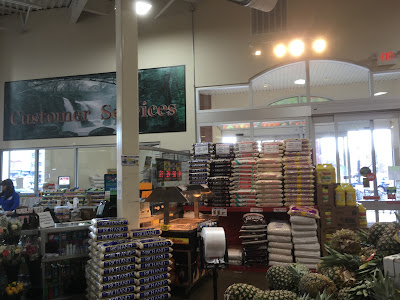 And customer service/entrance in the front. 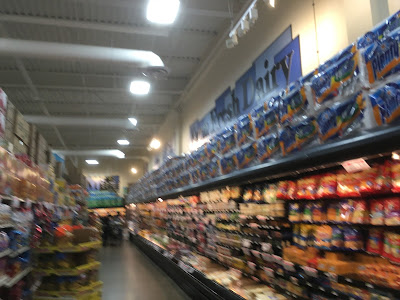 Dairy in the last aisle. The store is located at 30 Main St, Paterson, NJ.