For today's store tour, we're traveling pretty far away from the New Jersey stores we've been seeing for this one in West Virginia just over the river from Maryland. 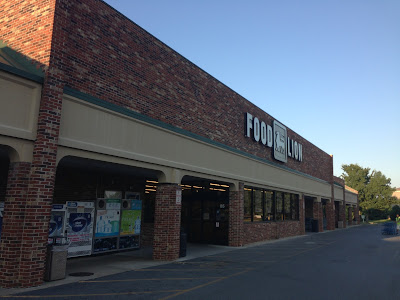 My first impression was that this store feels like a Grand Union, with the brick storefront, slight arch, and slanted green awning. However, it was never a Grand Union and it was, as far as I know, a Food Lion for its whole life. 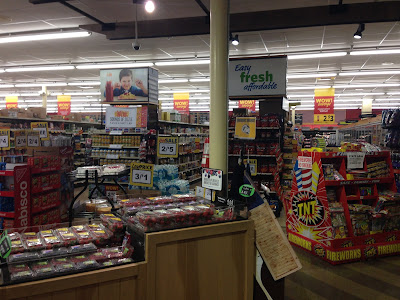 You can enter on either end, but the store's normal flow takes you to the produce department in the front right corner. Frozen foods line the right side with meat on the back wall and beer in the back left corner. Deli/bakery are in the front corner, with customer service oddly right smack in the middle of the front end. 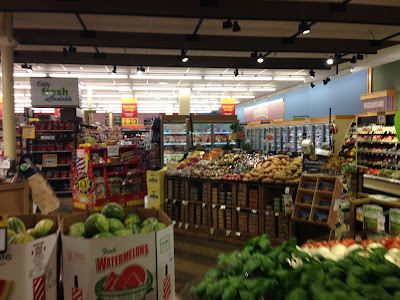 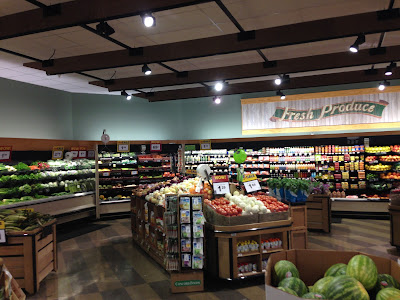 I have to say, this decor (which Food Lion appears to no longer use) looks very nice here. I'm not a huge fan of the floor, but the ceiling and the wall decor look great. 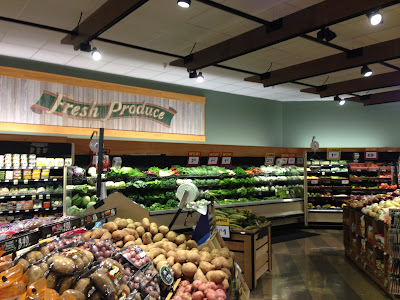 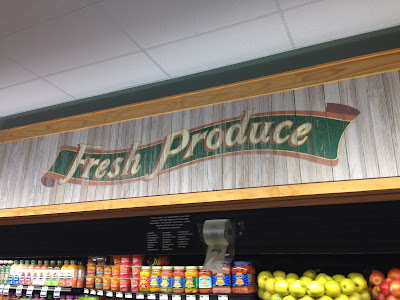 I like the rustic touches here. A little cheesy, but what supermarket isn't? 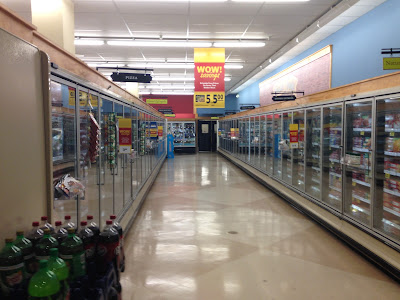 The flooring in the rest of the supermarket appears to be older, and the decor does peter out a little bit. 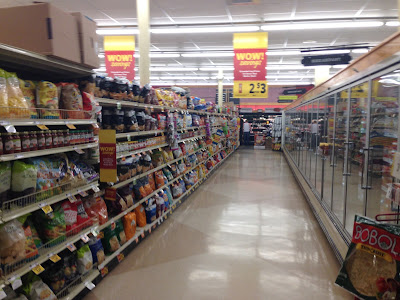 Frozen foods also takes up one side of the first grocery aisle. 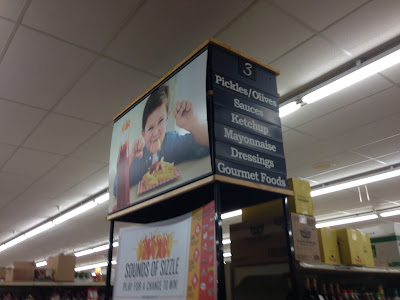 Interesting aisle markers. Rather than hanging from the ceiling, they are attached to the shelving and display in between the aisles, rather than in the middle of them. 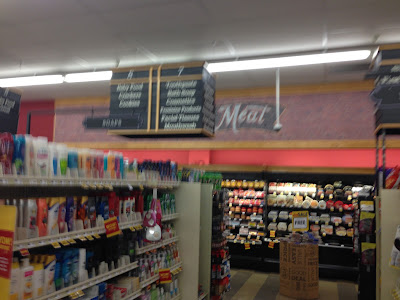 I don't entirely remember, but I don't believe there was a service meat counter here. You'll notice, by the way, the layout is nearly identical to the Food Lion in Lexington, VA that we previously saw. 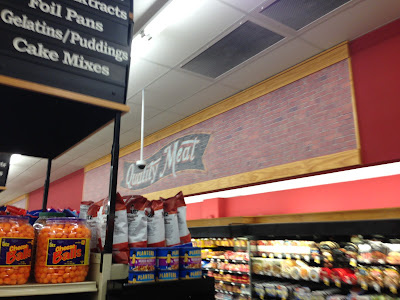 Back wall isn't that exciting, although there is a beer alcove in the far corner which we'll see in a second. 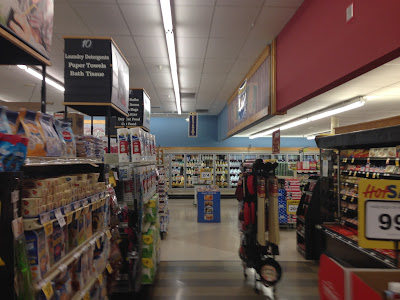 Looking towards the far side of the store, and back towards produce: 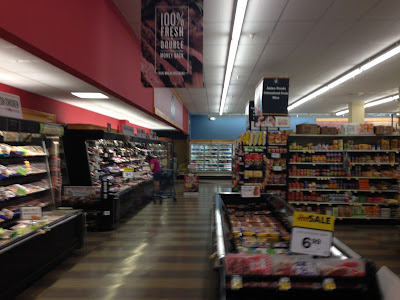 Flooring has been replaced on the back aisle too. 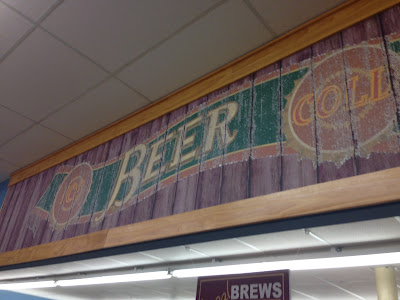 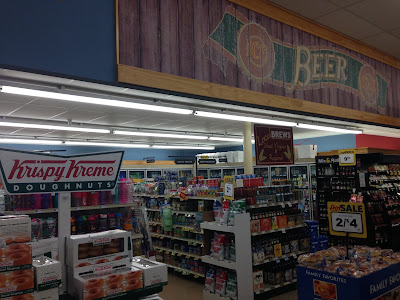 Yeah, I'll skip the beer and head straight for the Krispy Kreme donuts. I love me a good donut. 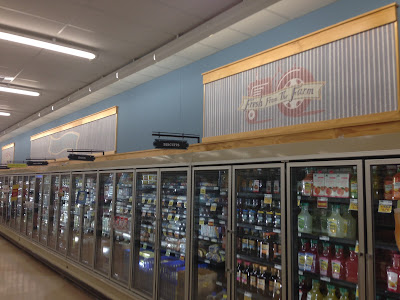 Dairy on the far (left) side wall. These graphics are nice because they've installed enough of them along the wall. 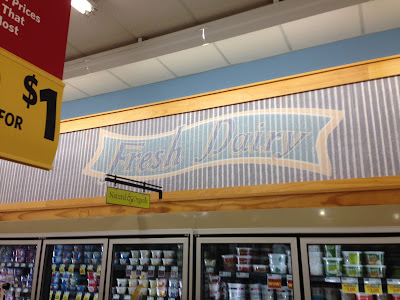 Although some of their category markers could use a little help. 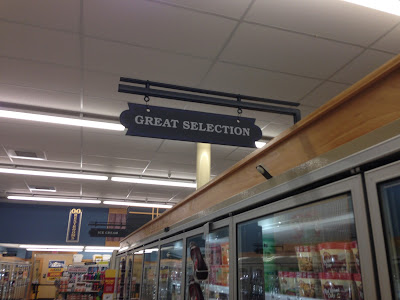 Oh, so that's where they keep the Great Selection. (Shhh, don't tell them, but Weis over in Boonsboro, MD has a better selection.) 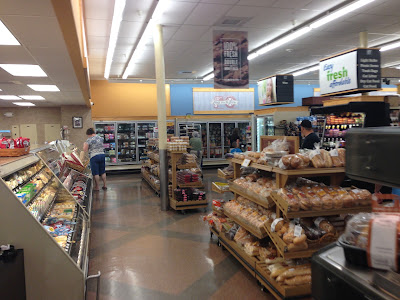 The deli and bakery are in the front corner. Both are quite small, and Weis' offerings in both departments were far superior. 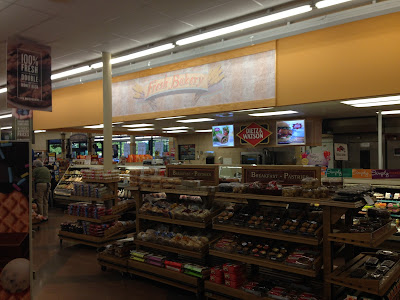 Oddly, the bakery sign faces into the store (where both the deli and bakery are) but the deli sign faces the checkouts. 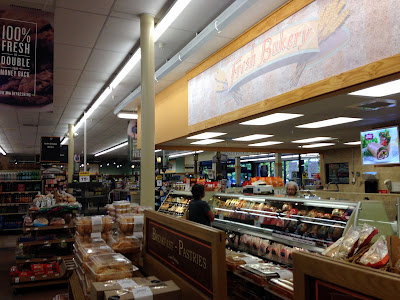 Notice that, with this sign setup, the bakery sign falls above the deli department, not the bakery. 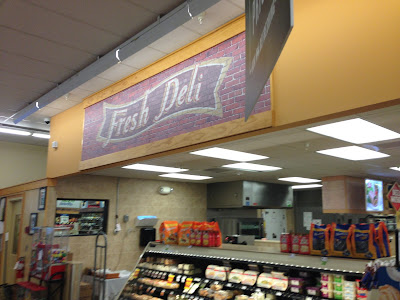 The deli sign is over here on the side of this wall, which is odd. The front-end in general is kind of strangely arranged, with customer service in the middle of the checkouts. 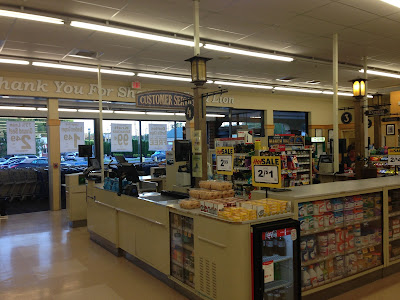 I do have to say though, there is plenty of space on the front end. I also like the customer service sign. 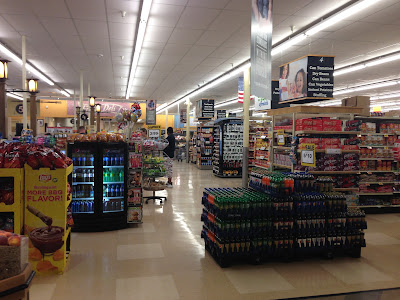 The Shepherdstown Food Lion confirmed my general opinion towards Food Lion: it's perfectly acceptable, and the stores are pretty nice, but they are not one of the stronger competitors. Weis, for instance, which is not too far away, is far superior.