Today we'll be heading down to Maryland, where I photographed this Weis Markets location while staying right over the border in West Virginia. I also shopped at the Food Lion in Shepherdstown, WV, which will be coming soon to The Market Report. (In my opinion, this Weis was far superior.) 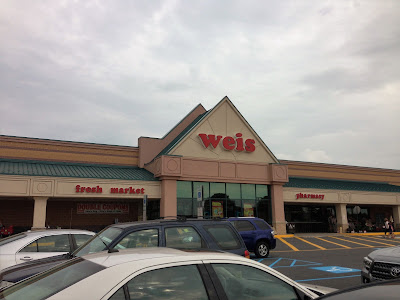 This 45,000 square foot store opened around 2005 in a new-build facility. It's very nice, and it has a variant of the second-newest decor package. The early version, as seen in this store, evolved into what we saw in Flanders and more recently in Hamburg. I definitely prefer the newer version, which is much more exciting. 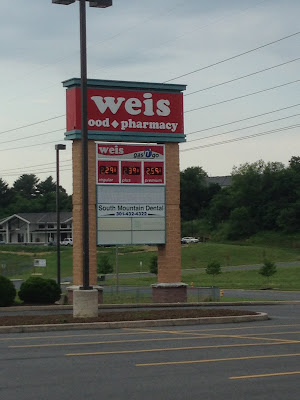 This location also has a Weis Gas N' Go in an outparcel. 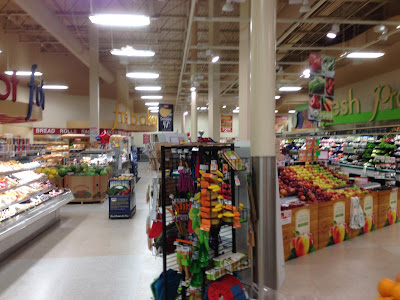 I went to the store once almost three years ago, so you'll have to excuse me if I get some layout details wrong. Generally I believe that it's a left-handed layout, with produce on the right side of the first aisle and deli/bakery/prepared foods on the outside wall. Meat and seafood line the back of the store, with dairy in the back corner and on the last aisle, and frozen in the last two aisles. 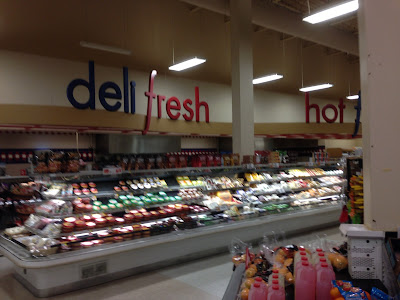 The deli counter includes a small hot food bar and about three tables to sit at. 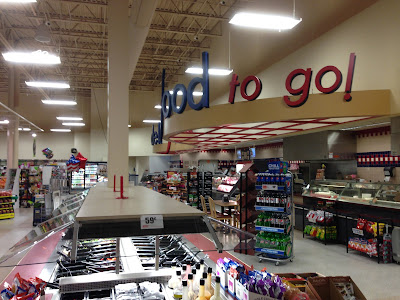 Here we're looking back up towards the entrance. I'm not a Weis expert, so someone else can maybe answer for us: was this store built with this decor package? The red lattice under the curved awning seems that it would fit better with the previous decor, and is rather similar to this structure we see at the Weis in Clarks Summit, PA on Acme Style. 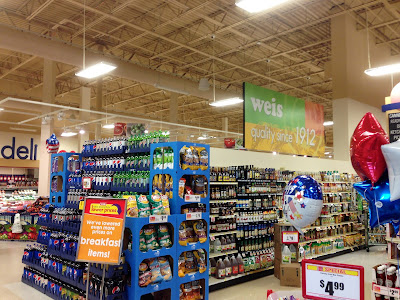 This is the first grocery aisle, with produce on the other side of this shelving. 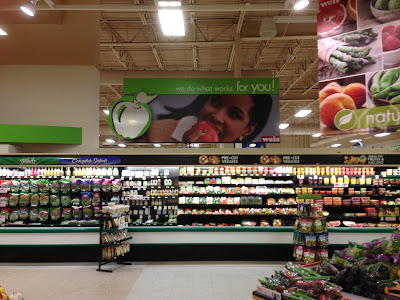 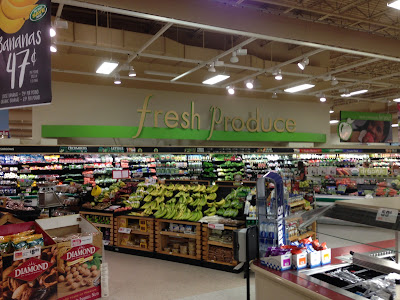 Very spacious produce department, although that signage is not nearly as eye-catching as what we saw in Hamburg. 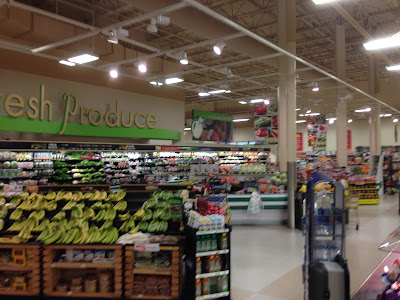 We're looking back up towards the entrance here. Now, continuing around the perimeter, we encounter meat and seafood at the back of the produce aisle. 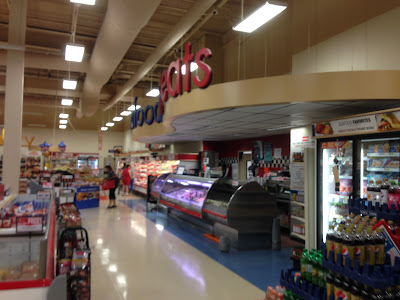 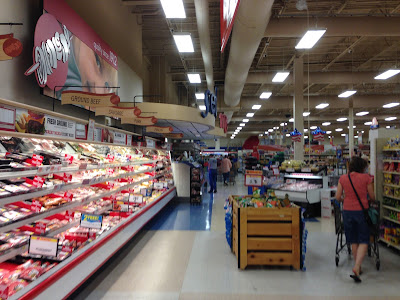 A look down the back aisle of the store. It's not huge, but it certainly feels very large, thanks mainly to the high ceiling. 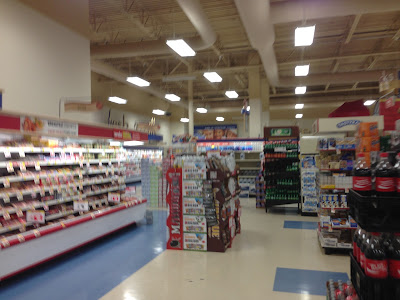 Meat changes into cold cuts and then dairy in the far corner of the store. 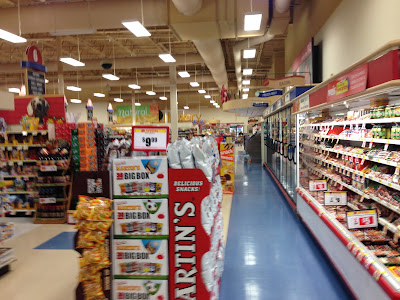 Looking back towards produce. Now for a look down the grocery aisles... 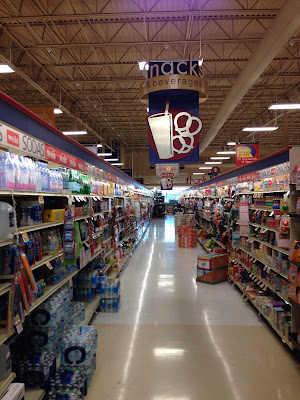 Some pretty extravagant center-store signage, which was not generally carried over into the later iterations of the decor package. Check out this HABA signage! 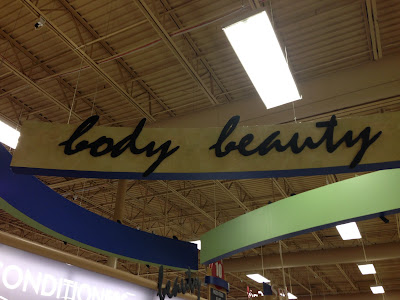 This is the font that the earlier decor used for departmental signage, making me wonder if this was some kind of transitional decor package. 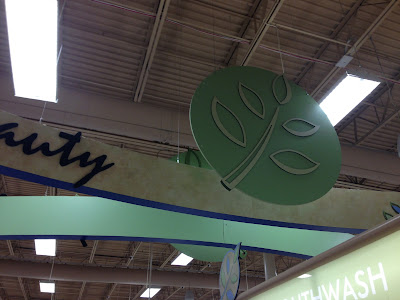 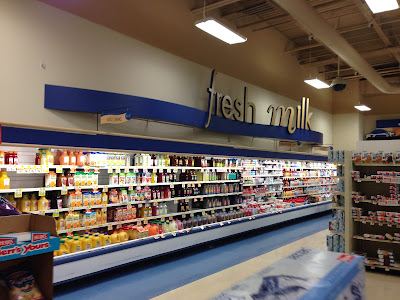 Milk down in the far corner of the store. I'll give them a pass on the empty shelves because it was the end of the day. 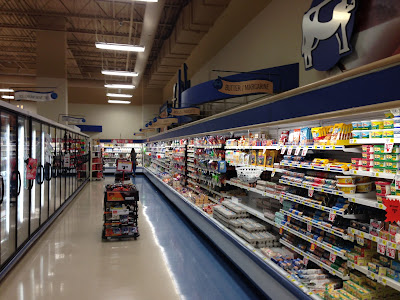 Last aisle looking towards the back of the store. This store's cow is appropriately placed (if not near the milk). 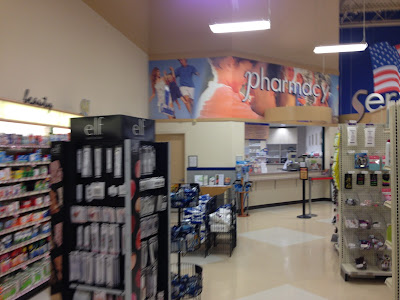 The pharmacy and customer service counters take up the front corner of the store opposite the entrance. 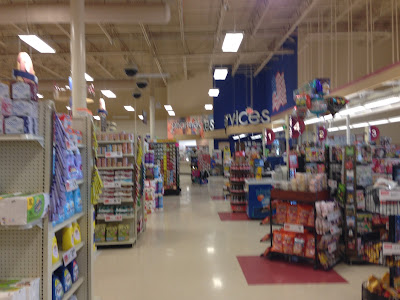 Somewhat cramped on the front-end, but I get the impression this isn't a hugely high volume store, so they probably don't need all that much space. 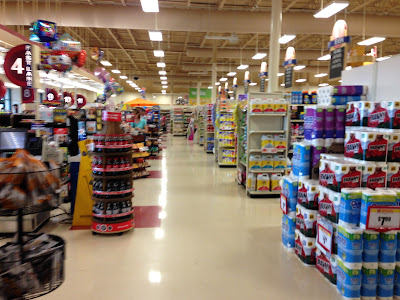 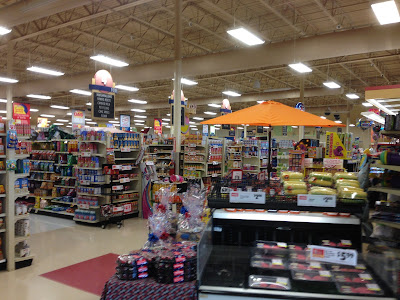 And there ya have it! That's going to be our last Weis for a good long time. But don't worry, we have lots more exciting material before then!