A word of warning: all five entries in Nova Scotia Week are store tours, so get ready for a lot more material coming very soon! Today we'll be touring the store local to the house I rented when I was in the area, so it was one I frequented. And unlike Pete's, I remember this one very clearly! 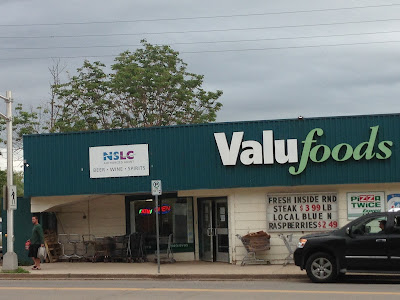 The storefront is not unlike that of many urban NYC-area stores. Except for the fact that Canning's population is about 2500. 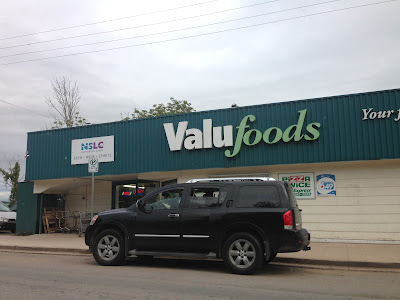 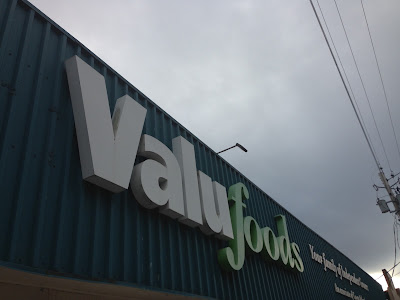 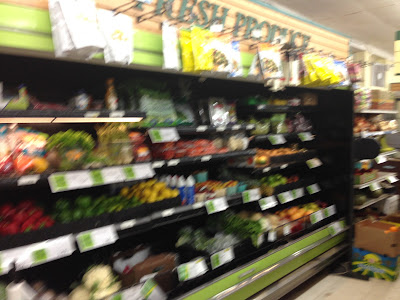 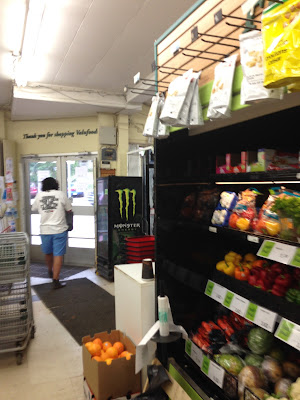 Here we can see the entrance and the very small produce department. Excellent products, though, and a lot of very fresh and local fruits. 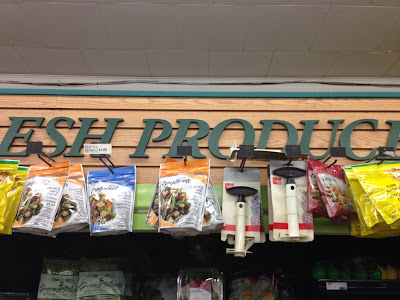 A look at the tiny departmental signage, which is probably 6" tall. 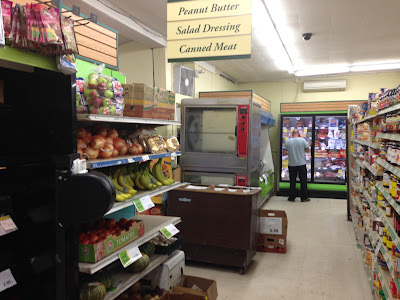 Meats continue in a small alcove just to the left here. There are some awesome old fixtures here, too... 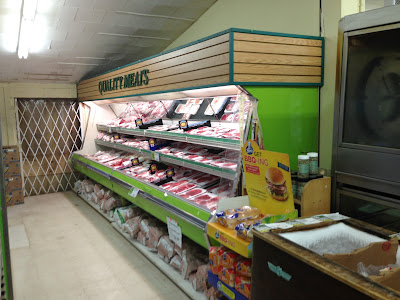 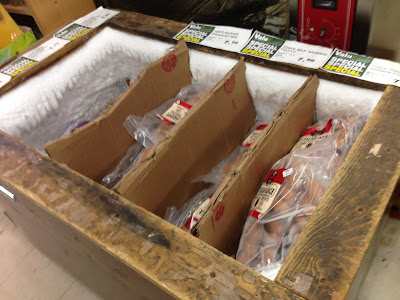 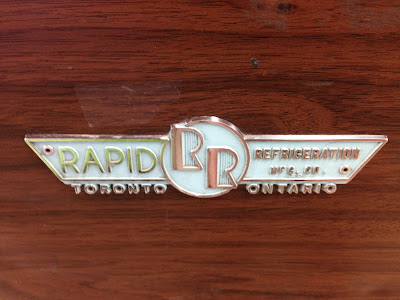 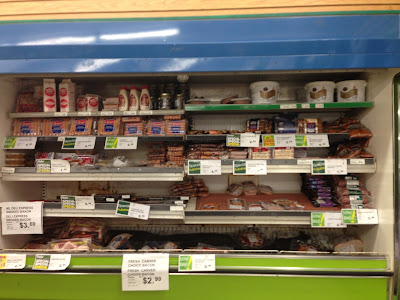 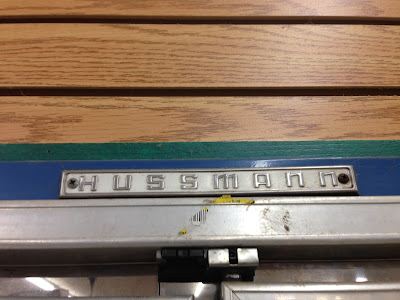 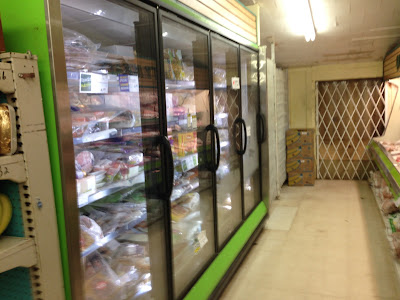 You can see here how the meats (fresh on the right, frozen on the left) line a small hallway out of the first aisle. 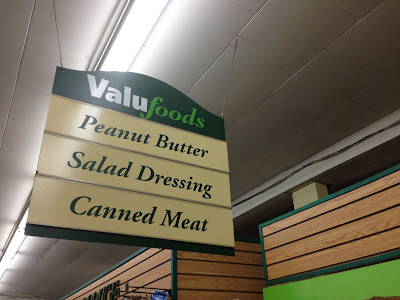 Delicious dinner -- canned meat topped with peanut butter and salad dressing. Anyway, moving down the first aisle. I'm not entirely sure what these ovens are doing here, but I don't believe they're in use for anything right now. 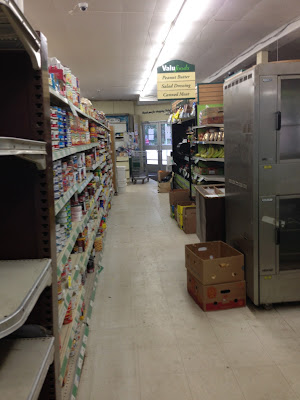 Frozen foods line the back wall. 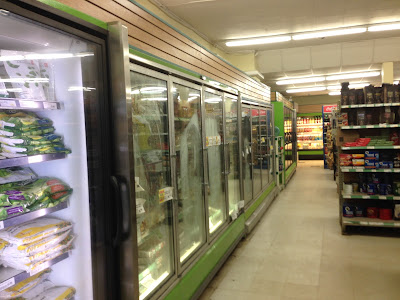 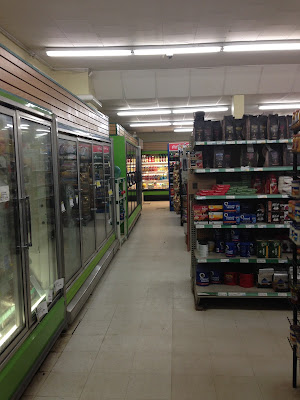 Before we get down to dairy, let's check out the grocery aisles, which are small but have a complete selection of groceries... 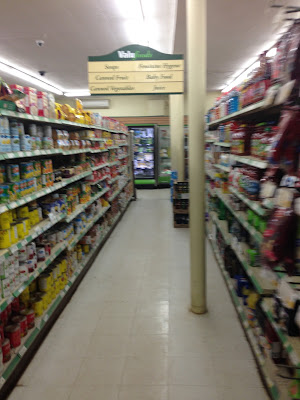 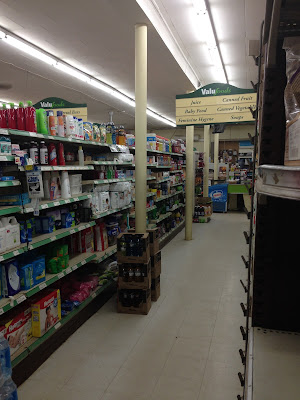 The main difference I'm noticing between this ValuFoods and the small format stores I'm used to, such as CTown or Met Foods, is the balance of packaged to fresh goods. A CTown has a much larger produce and meat department (and definitely a deli), but that's more an urban/rural divide anyway, not specific to this store. 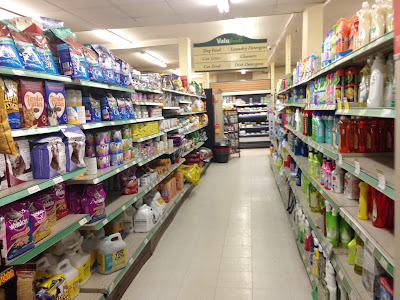 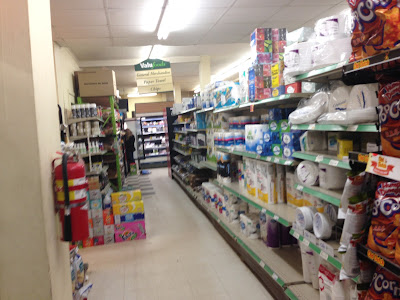 Nonfoods in the last aisle. 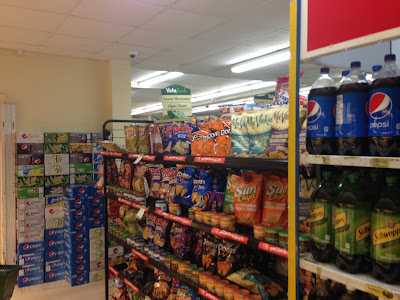 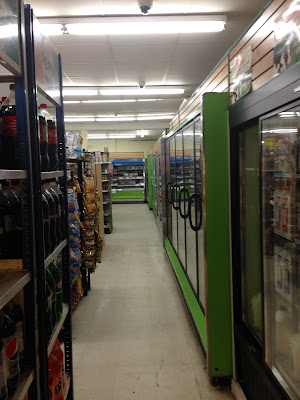 Looking along the back wall towards the first aisle. 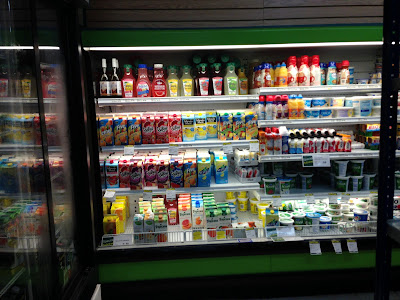 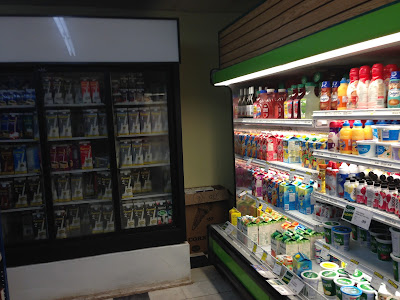 It doesn't look like the milk case is lit, or maybe the lights just don't work anymore. 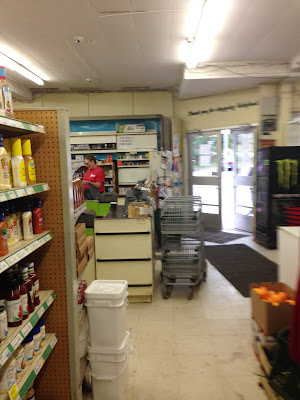 Now heading back up towards the front entrance/exit before leaving. We can see the registers which, as I mentioned, run parallel to the front of the store. 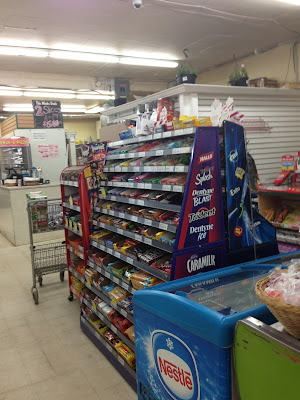 Office/customer service off to the side. 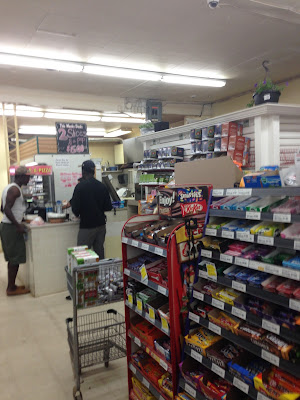 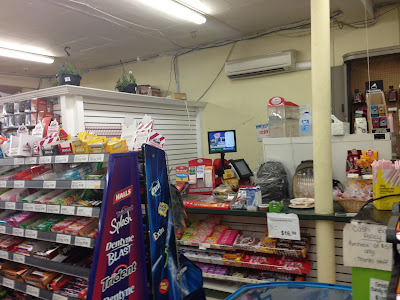 And that's about it for ValuFoods! Heading out to Wolfville, NS for tomorrow's tour, so stay tuned.