A common way to keep carts from wandering off on their own from many supermarkets is to require a $0.25 deposit, which is returned when you return the cart. ALDI, along with some ShopRite operators, use this system as an incentive to return your cart. Pathmark took a slightly different approach, instead giving customers slugs, which could be used in place of a quarter to get a cart. 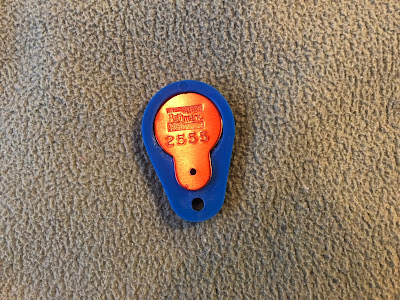 This slug even came in its own custom plastic case, which could be attached to a keychain for safekeeping. 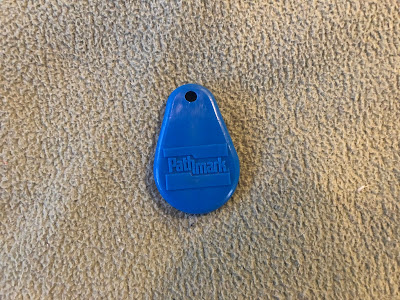 When the Elizabeth, NJ Pathmark opened (the location this slug is from), the store was built with columns around the entrance and exit area to prevent carts from leaving. Later, the columns were removed partially to allow customers to take their carts into the parking lot, but the quarter system was instituted to regulate the carts. Once the technology became available, the store began using the cart-locking technology to prevent people from taking the carts off of the property. Then A&P acquired Pathmark and began selling the carts to make extra money, according to an employee at the location. Go figure. The location has since become a Food Bazaar, and some of the cart corrals now still have the chains that you would insert into the quarter device to redeem your quarter. 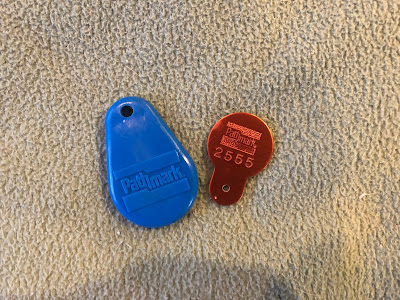 What a great piece of memorabilia, and it's in fantastic condition!