Today's memorabilia comes to us courtesy of my grandmother, a loyal Cost Cutters shopper until the end. Technically, the end came when, well, her Cost Cutters closed, the Elizabeth location. But she still calls the Elmora Farmers Market that took half of the building "Cost Cutters." Why she doesn't call Dollar General, in the other half and nearly identical to it, Cost Cutters is beyond me. (She calls the nearby Food Bazaar "Pathmark" still, or on a good day "that new store where Pathmark was.") 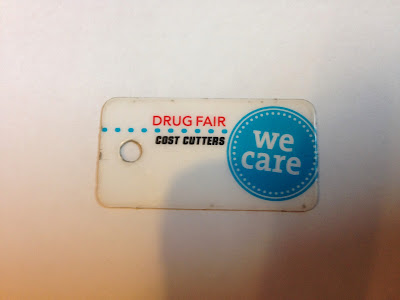 Well I can't say this card's design is particularly exciting. Both of the stores' logos are pretty much the store's name in an all-caps sans serif font. But it's not overly unattractive either, although the white space in the bottom left corner is a little awkward. 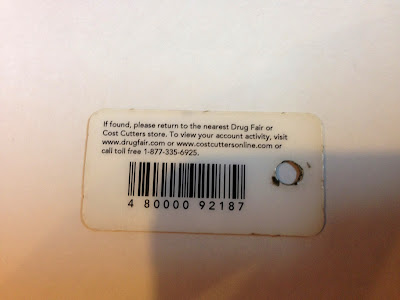 Ah, the good old days when companies would include the word "online" in their URL. For a good long time, Kings Food Markets used "www.kingswebsite.com" which actually still redirects to the new website, kingsfoodmarkets.com.