Today we have a quick snapshot of a Giant Food in Bethlehem. I've been inside here, but that was before I started photographing supermarkets. When I returned, I was only going by and didn't have time (or enough interest) to go inside. Giant Food stores tend to be pretty boring in my opinion. 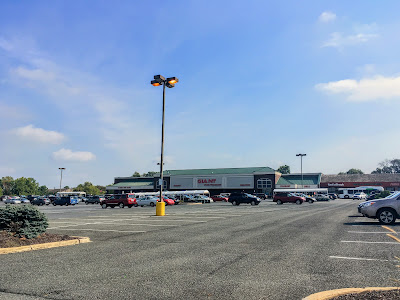 This store is located at 3926 Linden St, Bethlehem, PA. Interestingly enough, it was previously a ShopRite which appears to have been owned by Big V Supermarkets before they went bankrupt and Wakefern exited the Lehigh Valley. (I believe there was also at least one ShopRite owned by the Saker family in the Lehigh Valley.) We previously toured the newer ShopRite of Bethlehem here. This location closed as ShopRite in 2002 and opened as Giant in 2003.