It's time for the last post of our second ShopRite week! Let's head out to Bethlehem, PA, in the Lehigh Valley, for a look at this store. Owned and operated by the Colalillo family, the 68,000 square foot store opened in the newly-built Madison Farms development in 2015. If I'm not mistaken, it was the second Colalillo store to use the decor package we're about to see, the first being the ShopRite of Yardley, which opened in a former SuperFresh in 2014. 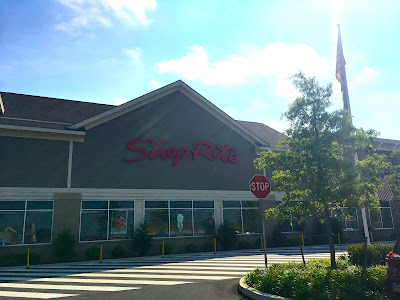 The store has an interesting decor package that's really not far from Pathmark's final decor. For a general idea of the layout, the grand aisle is on the left side of the store, with prepared foods in the front and deli/bakery in the back. Meat and seafood are along the back wall, with HABA and pharmacy along the front wall opposite produce. 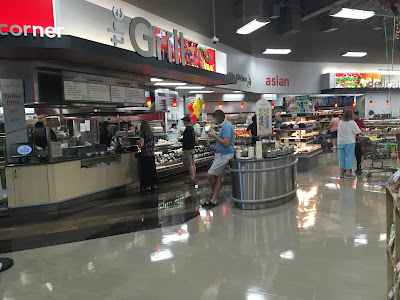 In addition to an extensive prepared foods selection, there is a seating area upstairs. 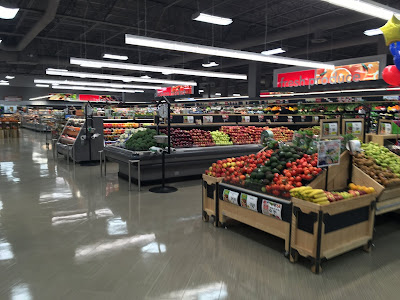 The colors of the store are fantastic, with dark and neutral colors for everything except the signage and the products. Very high-end result. 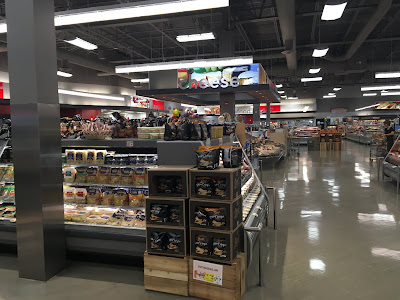 A look at the cheese island next to the produce department. Look how shiny that floor is! 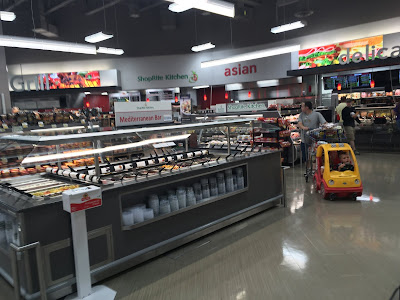 Looking up towards the front of the store, we can see the to-order grill counter, hot food bars, and deli (in that order, left to right). Produce is behind me in the above picture. 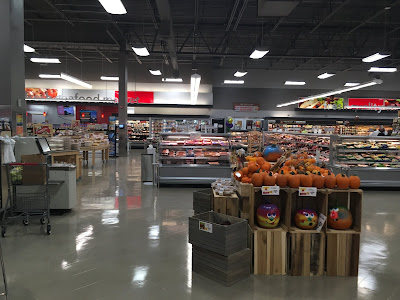 Bakery to the left above with seafood in the back corner. Butcher and meat continue along the back wall. 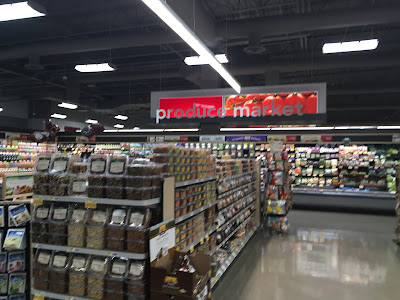 One last look at the produce department (and bulk foods here) before we head out to seafood. 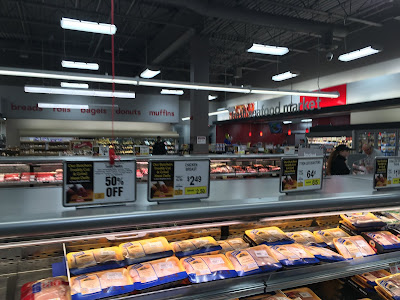 Dairy runs along the back wall on the far side of the store. Because the store is newly built, most of the cases are closed upright cases (with some exceptions in meat and deli). 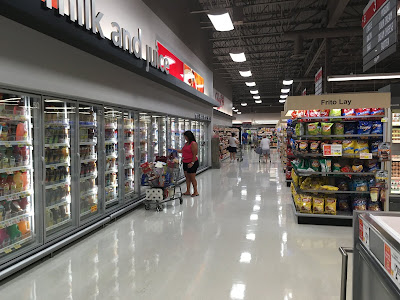 Strangely, dairy is on the back wall and continues down an aisle, and frozen also takes up interior aisles, the last aisle is paper products (and branded as a full department!). The dairy aisle, though, looks straight out of a sci-fi movie... 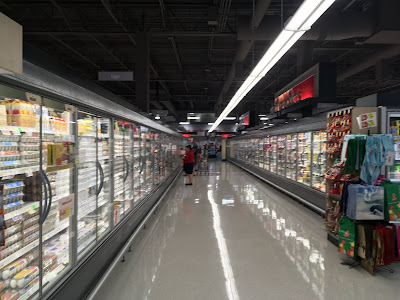 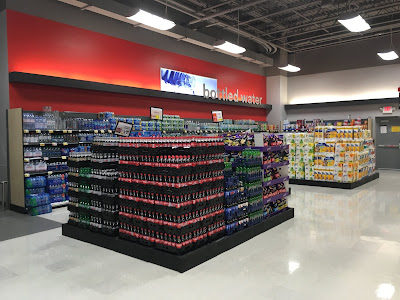 The bottled water department takes up the back corner of the store. Wow! 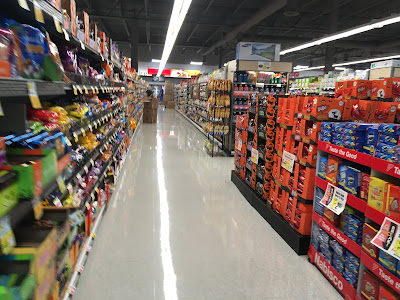 A look down a grocery aisle. 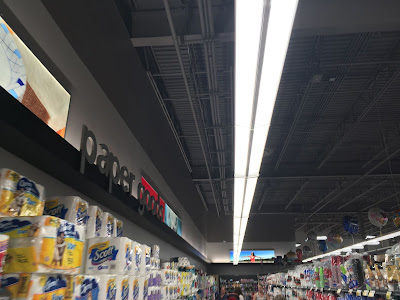 The paper goods aisle takes you to pharmacy (which is located on the side wall, so that it can also function as a drive-through on the other side), with additional HABA on the front wall. 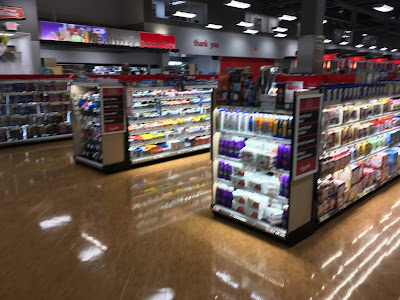 The new (and renovated) ShopRite stores have really the best HABA departments in the area. I've gotten accustomed to the selection to the point that it's difficult to find certain brands I rely on at other stores in Massachusetts now (you'd be surprised how hard to find Barbasol shaving cream is). The front-end continues past HABA. 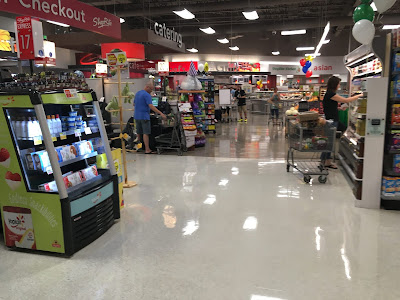 Here's a quick look at the self-checkout area and the catering counter, which is just to the right when you enter the store. Apologies for the limited and blurry pictures, but this was several cell phones ago, as with most of the material for this past week. Next week we go back to brand-new material!