ShopRite's first serious entrance into the Baltimore, MD metro market came in 2007 when the independent Klein's Supermarkets chain joined the cooperative. Although the Klein's stores were converted in banner to ShopRite, they remain a strong identity as Klein's supermarkets. Incidentally, Klein's is the only non-union ShopRite operator. 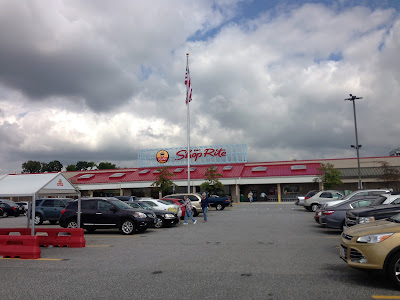 It's somewhat hard to see, but the storefront here actually reads "Klein's ShopRite." The "Klein's" is quite small. However, it's still present in other parts of the store. 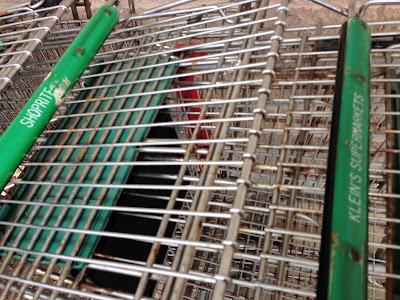 It appears that these carts are a holdover from the store's days as a Klein's. Some had been fitted with new ShopRite handles, but others had not. The ShopRite of Aberdeen, MD is located at 949 Beards Hill Rd, Aberdeen.