Perhaps you recall seeing the Food Bazaar in Fairview back in December 2016. No? Well then, refresh your memory here. Just four blocks south of the Food Bazaar is a much smaller supermarket, Kikos Supermarket, which is owned by independent grocer Felix Beltran. Previously, he and his family had owned CTown Supermarkets in West New York and Clifton (in the Styertowne Plaza where CVS is now) along with a few others. Meanwhile, the La Placita Supermarket* in Union City was previously a Kikos. Today, it appears that this location in Fairview is the only store owned by the Beltran family; it was previously a Fine Fare that closed in 2000.

*A note on that post. I had written that the original Kikos was here in Fairview and the Kikos II was in Union City. I actually had that reversed. 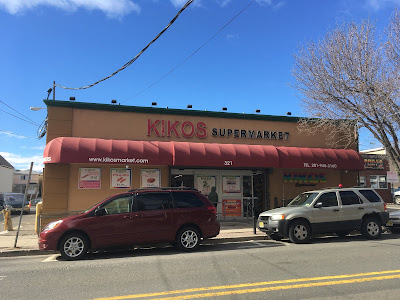 For an idea of the layout, you enter to the right on the front wall. Produce is in the front right corner with checkouts to the left. Dairy continues along the first aisle with butcher and deli in an alcove in the back. Frozen lines the last aisle. 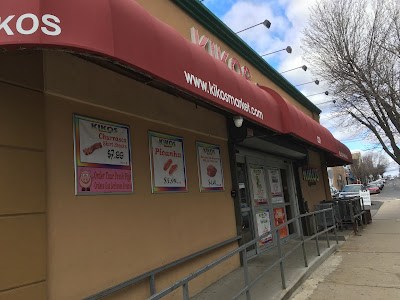 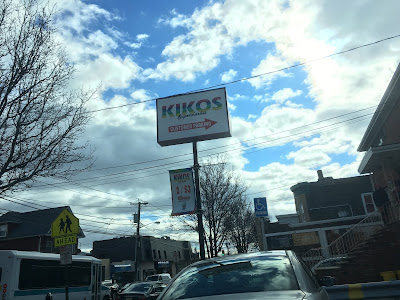 There is a very cramped parking lot just to the left of the store. The store also offers delivery in its, ahem, unique van. 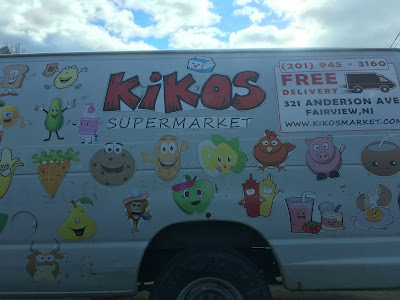 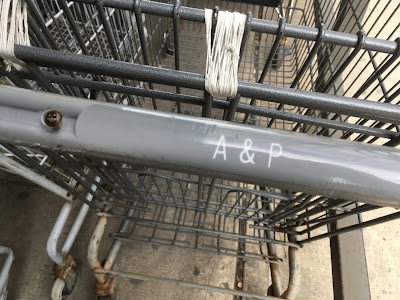 The carts were from the A&P (which became Food Bazaar) just down the street; Food Bazaar opened with all-new carts. Let's head inside... 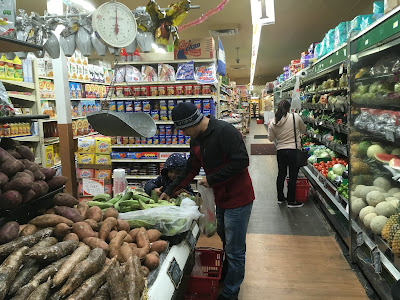 Small produce island in the front with additional cases continuing up the first wall. 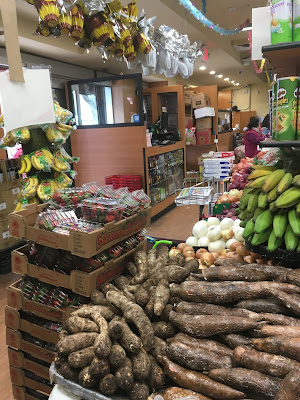 Here's a look across the front of the store from produce. 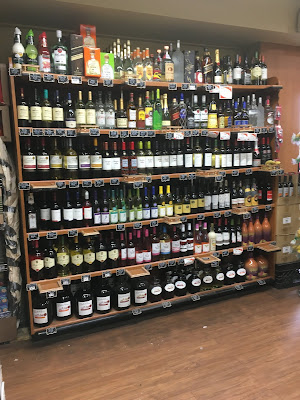 The front of the store is also home to the wine and liquor department, which is also pretty small. Nicely stocked, though. 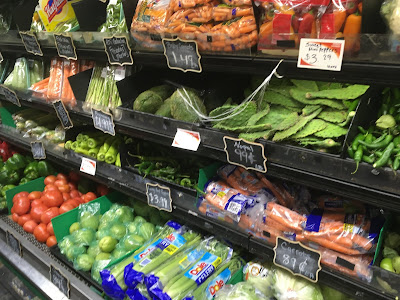 I particularly like the price signs (not, clearly, the orange Fine Fare one you can see in the top corner). 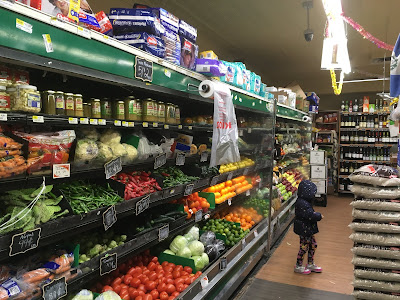 The store is a great older building, complete with things like the pressed tin ceiling (which does not appear to be a reproduction). 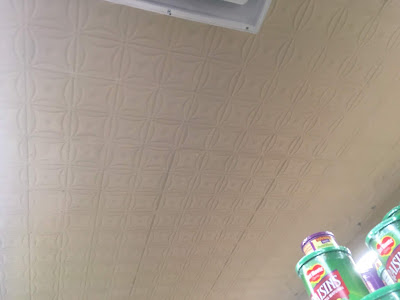 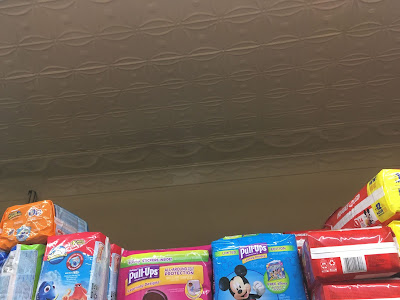 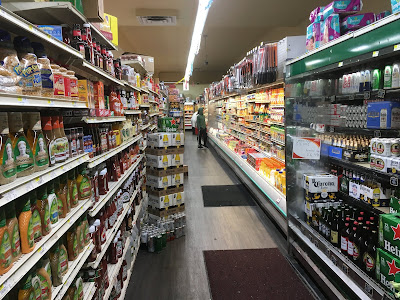 Towards the back of the store, there is an alcove containing meat and deli. Again, it's quite cramped, but the selections are nice. 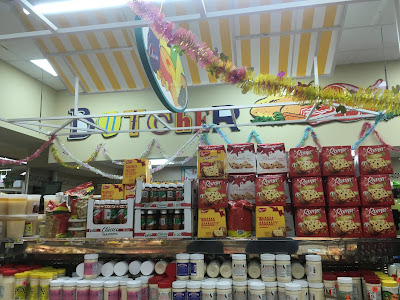 Not so sure about that decor, though. 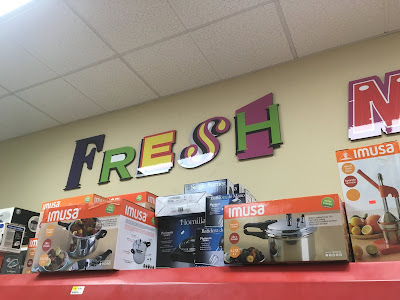 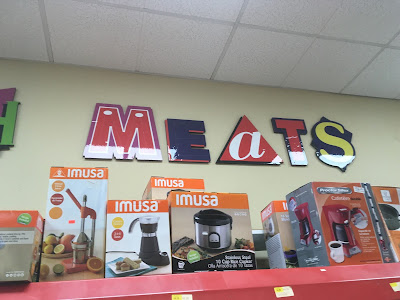 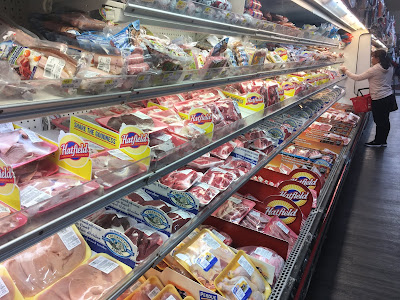 Meats, a specialty of the store, line the wall on the right side of the store, continuing from produce. The deli is located about halfway across the back of the store in the meat alcove as well. 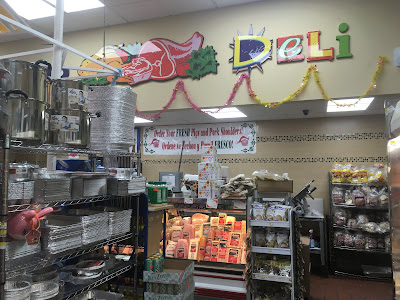 This alcove is quite small, but they make the most of the space here with an island displaying deli products and meat cases along all the walls. 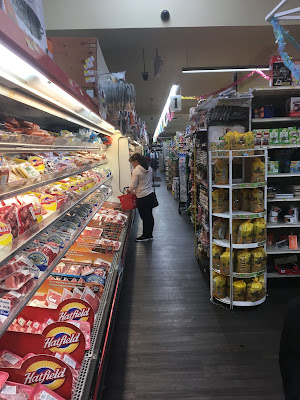 The Food Bazaar has an enormous meat department and a large selection of Latin dairy products as well, but I don't know to what extent this store's customer base has been impacted. The customers here seem very loyal, as it's a small family business. Food Bazaar in Fairview also tends to cater more to Asian customers than others do. 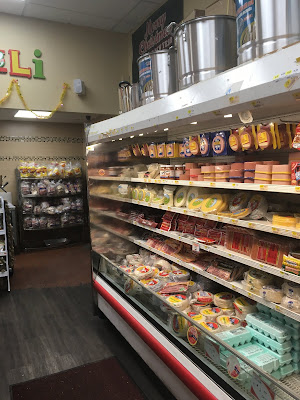 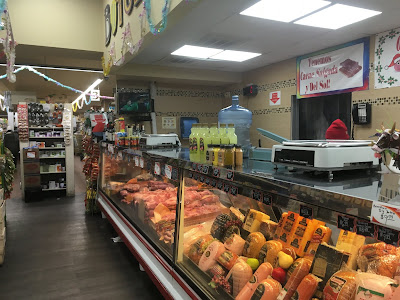 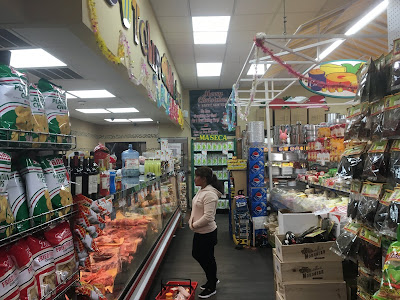 Heading back into the main part of the store, we find complete (if not spacious) grocery aisles with a heavy emphasis on Latin goods. 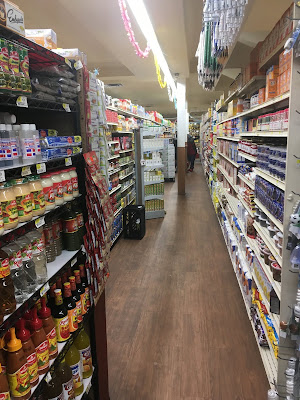 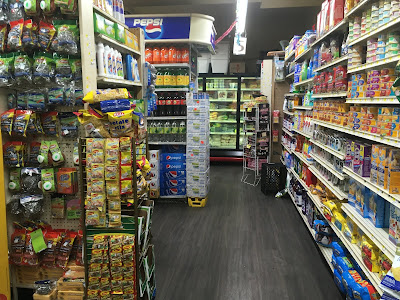 Looking along the back of the store. 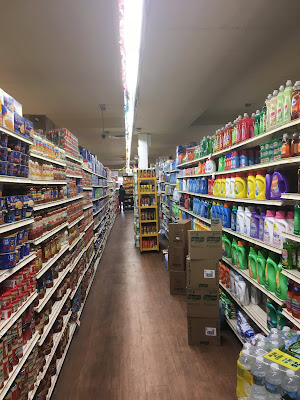 Plenty of nonfoods as well, something that is generally cut in very small stores. Even Food Bazaar has only minimal nonfoods products. 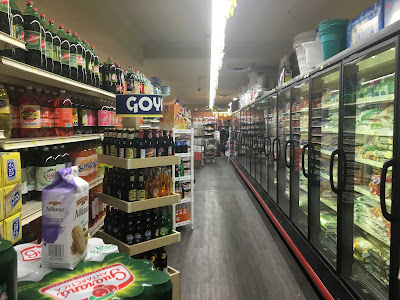 Frozen lines the wall of the last aisle of the store. The cases, as well as the floor throughout, look to be newly updated. 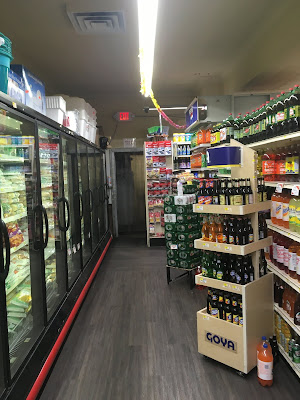 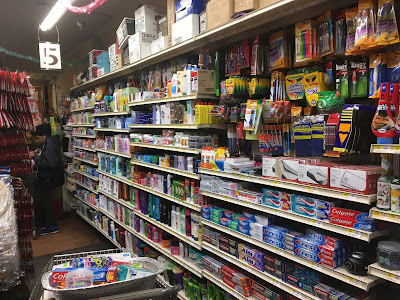 More general merchandise and HABA in the front corner near the registers. Customer service is located on the front wall just to the left out of frame. There were some great old photos of the Beltran family's previous stores (including the CTown in Styertowne that's now long gone), but they were posted on the wall behind customer service, so there was really no way to get pictures without being noticed. Definitely worth checking out if you ever come to the area though!