Starting off our Former Supermarket Week with this location in Elizabeth, NJ. While I don't actually know what chain it was, it was undoubtedly a supermarket. 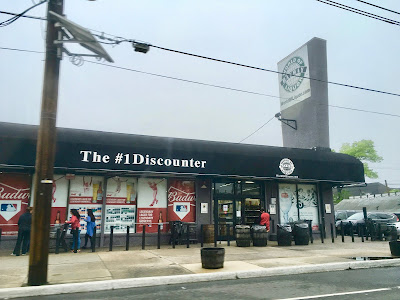 Gotta love a store with a tower! Many supermarkets used similar towers in the 1950s, although this store's slanted design suggests Food Fair or A&P most likely. Since the location doesn't appear on any established lists of those chains' stores, it's also possible it was an independent (of which there were several in Elizabeth, although I didn't think there were any this large), or another store like Foodtown. I don't believe that Elizabeth had a ShopRite before the existing store opened in 1994. 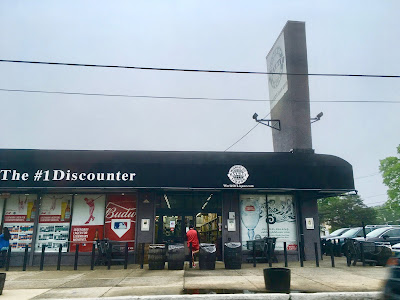 A few longtime Elizabeth residents I know were unsure of what this building's original tenant would have been. It's pretty obvious it was a supermarket, though. 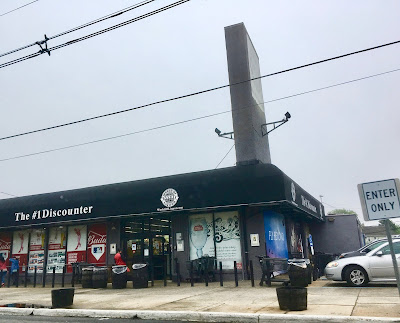 Today the store, which is located at 639 Bayway Ave, is the Bayway World of Liquors.