The tiny town of Roseland, NJ does not have any supermarkets. Residents typically shop at the ShopRite of West Caldwell (coming soon to the blog) or the Stop & Shop practically across the street (not yet photographed). However, there were once two grocery stores almost next door to each other. 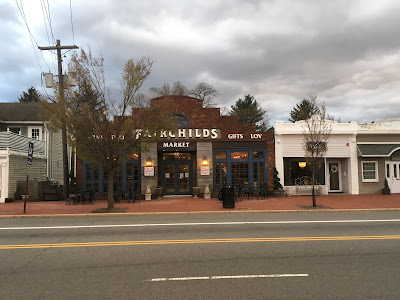 This building, at 171 Eagle Rock Ave, was previously a grocery store; I believe it was the National Grocery Co. (I saw a picture once but can't seem to locate it again.) Fairchilds Market, which now occupies the space, is a great gourmet deli/liquor store. 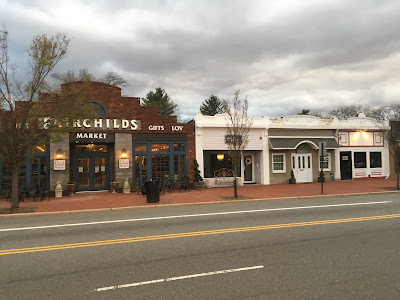 And two doors down (the storefront now painted dark green), at 175 Eagle Rock Ave, was the Mutual Grocery Co. That name I'm sure of. The stores coexisted, but probably not for long as the Mutual building looks to be older (1920s?) than the current Fairchilds building (1930s?). 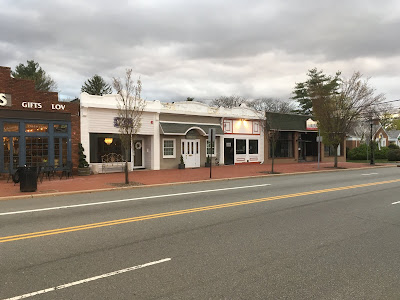 These storefronts are part of the very small downtown of Roseland.