Let's cross the Newark Bay (don't swim across, I don't want to know what it's polluted with) from Bayonne yesterday to Elizabeth today. Matter of fact, we're going to be on the southeastern end of Elizabeth to see the Superfood Marketplace at the port. So we'll actually be closer to Staten Island than Bayonne. Anyway, here we go. 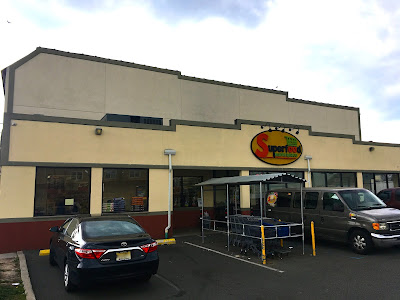 Superfood opened to much fanfare in 2012 as it was the first new supermarket in the port (that is, for people not familiar with the area, the neighborhood of Elizabethport, which is relatively isolated from the rest of the city). Previously there had been a Fine Fare Supermarket at 75 Broadway but other than that, the area did not have any supermarkets (chain or independent) for many years. Except, I guess, a very small supermarket on the north end of the neighborhood, Universal-owned Super El Rey at 80 3rd St. Superfood opened locations in Allentown and Middlesex, which have since been spun off to Superfood Fresh (owned by Twin City); the chain now includes this store, Eagle Supermarket in Roselle, and a new Superfood Marketplace in Ridgefield where Ridgefield Market previously was. 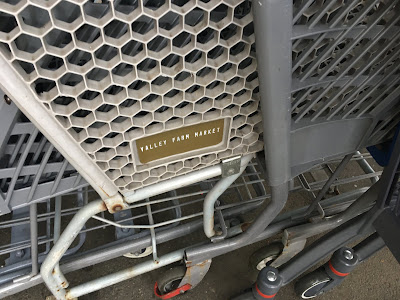 The location in Allentown was previously a Valley Farm Market. Valley Farm's other remaining location, in Bethlehem, is coming soon to The Market Report! If I had to guess, the other carts visible here were from a ShopRite. 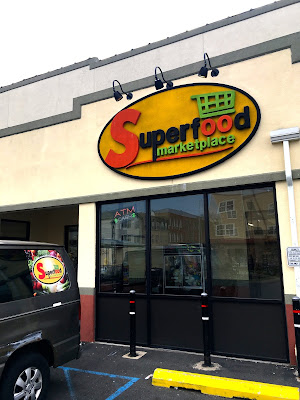 The store, although it's only about 10,000 square feet, includes a full produce department, butcher, deli, grocery selection, frozen and dairy department, and even a hot food bar and a seating area. 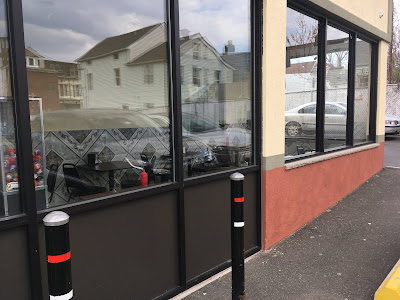