Let's jump just next door from 9W Farm to Ideal Food Basket, which is more of a complete supermarket. It's part of America's Food Basket, an approximately 50-store cooperative with stores primarily in New York City and the Boston metropolitan area. 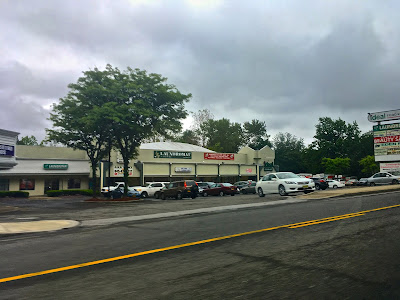 For whatever reason, I felt the need to again summarize the history of America's Food Basket. Even though I had done it before. More than once. I suppose the only thing I can add now is that the original NSA group was specifically a group of Dominican store owners (as, by the way, both Fine Fare and Bravo were). 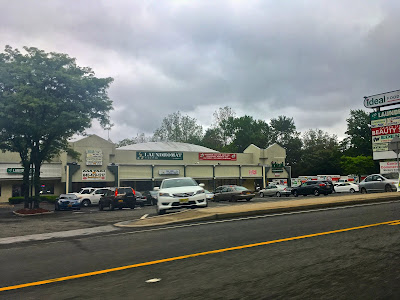 It's a very interesting building here with the arch roof and the random castle-like facade, all combined with the elongated-A&P-type capsule shape sign. 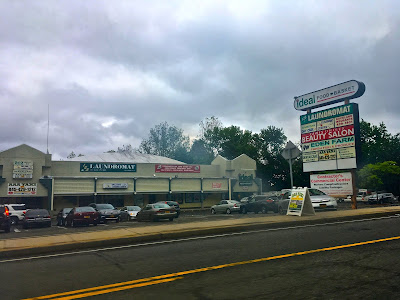 I don't know anything about the history of this building other than the fact that the Ideal was previously an NSA and before that, a Met Foodmarkets (as most Ideal stores were). I know this from a mixture of conjecture and the observations that (1) the storefront still sports the NSA logo in two places, and (2) until recently, there was a listing on Google Maps for a Met Foodmarket at this location. It looks to me as though it could have been a skating rink or bowling alley previously, though. 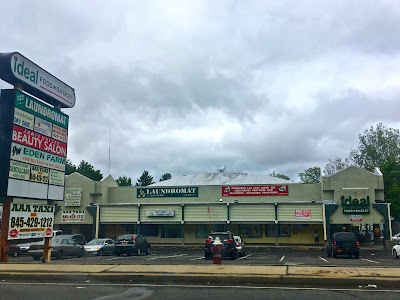 If you zoom in, you can see the slightly faded NSA logo on the red sign. The store is located at 210 US-9W, Haverstraw, NY.