Peekskill is one of the largest cities in the Hudson Valley. Newburgh, to the north and on the west side of the river, and Poughkeepsie, to the north and on the east side (same as Peekskill), are the other two. Continuing north along the Hudson River, the next large town is Kingston, which I would not consider a city, and then really no large cities until Albany, which is certainly not in the Hudson Valley anymore. Being that it's close to New York City, the Hudson Valley also has a few NYC supermarket banners, including Ideal, Key Food, and CTown here in Peekskill. 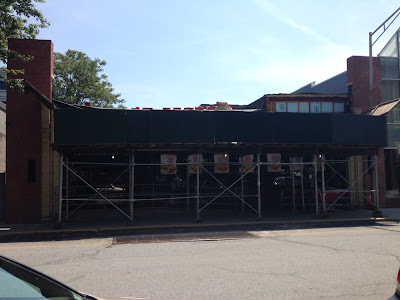 The facade was under construction at the time of my visit. (In the previous, badly-formatted post of this store, I included a "before" picture, which you can see here.) 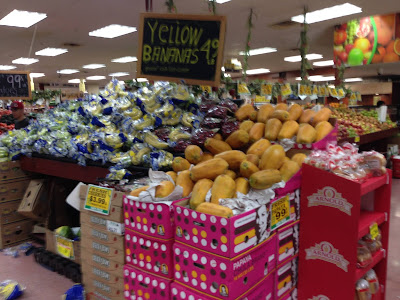 Inside, you are immediately greeted with huge displays of produce. While it's very colorful, I do wish it were slightly better organized. 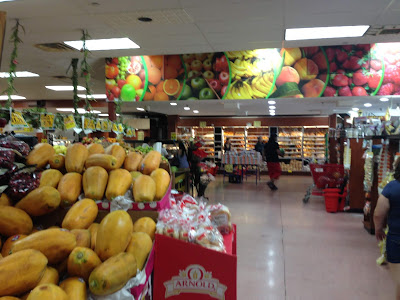 A look across the front-end towards deli-bakery on the far side of the store. 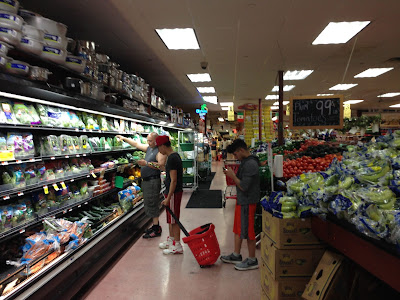 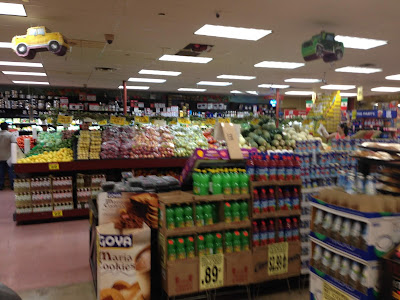 The store, although it appears very small from the outside, is actually quite large because it goes way back. The aisles begin behind the produce department, not next to it. Packaged meats are in the first aisle with service meat and seafood along the back wall. Dairy and frozen line the last aisle, with deli, hot food, salad bar, and bakery in the front corner. 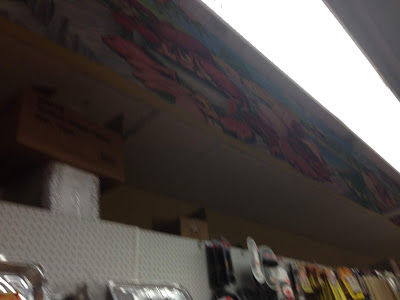 It's quite hard to get a picture of it, but a mural runs along the store's perimeter. 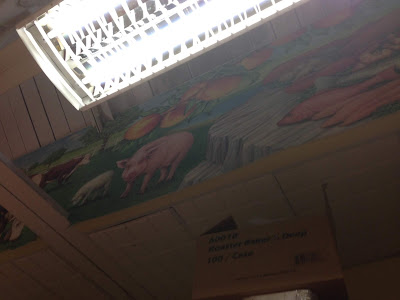 This is a feature we've seen before (NSA in New London, along with others). 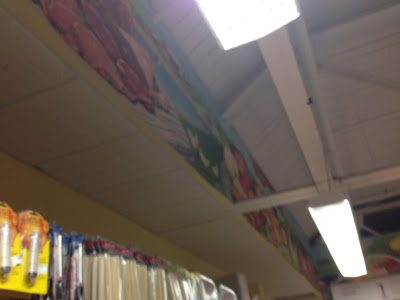 Unfortunately, none of these photos came out very well. 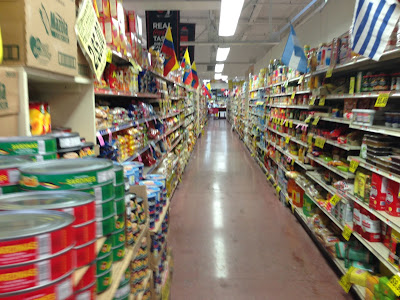 A look down one of the grocery aisles. (We wouldn't know which because there's no aisle marker! The store has since installed aisle markers.) 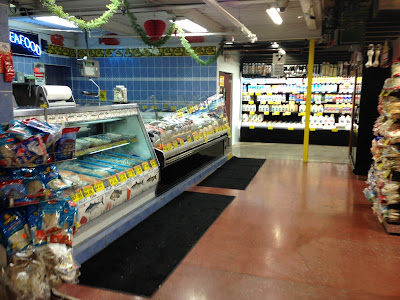 Here's a look at the seafood counter in the back. Very nice for a small(-ish) store! Google Maps estimates the size at around 19,000 square feet. 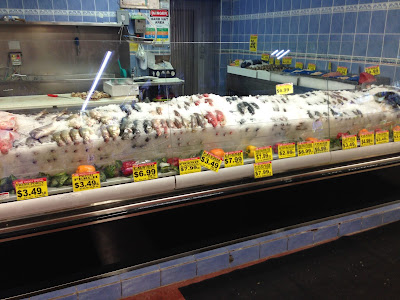 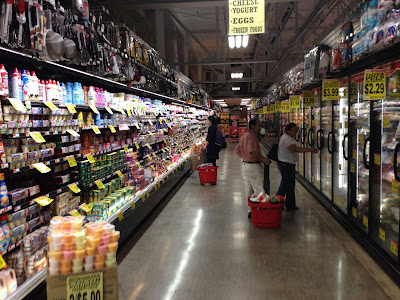 Frozen and dairy appear to have all-new cases in the last aisle. Somehow, this polished concrete flooring looks newer too. 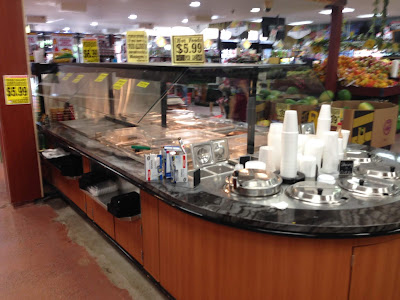 Large prepared foods bar in the front by the deli. There is an in-store bakery, which is just in front of the deli. 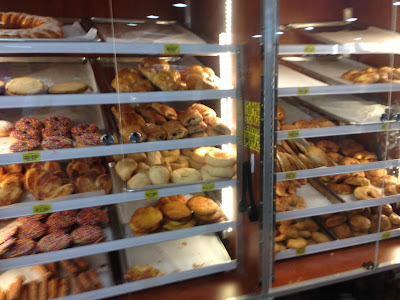 Today's other post is the Royal Fresh Market in Peekskill, also covered on the original badly formatted post but re-covered today.