Returning to Port Chester for today's Look Inside. Just outside of downtown (which includes an enormous shopping mall with a Stop & Shop, which I have not visited) is this small store which opened around 2015 in a previously vacant building that probably started life as an industrial space. It operated briefly as a Met Foodmarkets before converting to Compare Foods. 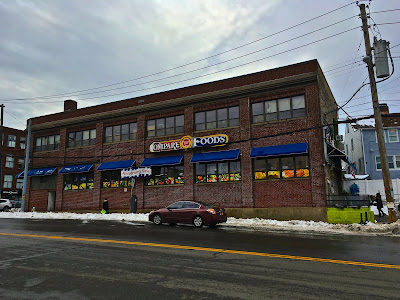 The store is very nice inside, if a little dim, but that's mostly a symptom of the old building it's in. There's a large hot food bar, along with a deli and a butcher. The outside really looks great! The most interesting aspect of the interior, though, is that they are using old Pathmark aisle markers throughout... 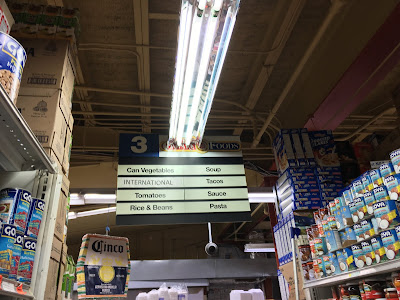 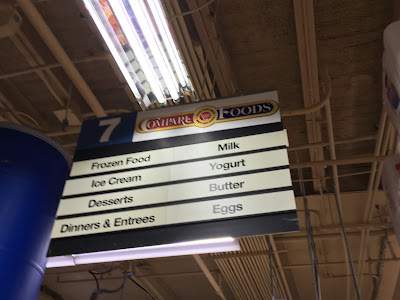 Interestingly, although there was a Pathmark in Port Chester, the Key Food that acquired it kept the aisle markers. These must be from a different Pathmark. The store is located at 155 Irving Ave, Port Chester.