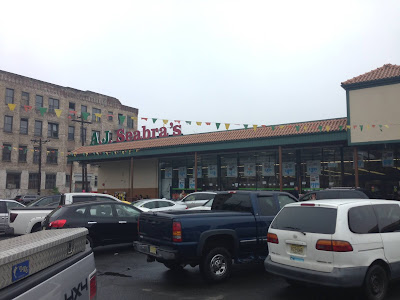 The storefront logo has since been switched to Seabra's Market. 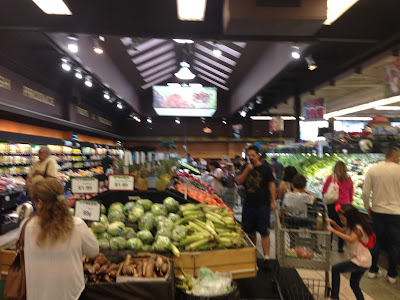 Sorry for the blurry shot. While I really like this ceiling over the produce department, it has been removed in a limited interior renovation, which probably coincided with the switch to Seabra's Market in approximately the spring of 2018. Here's a look at the new decor. 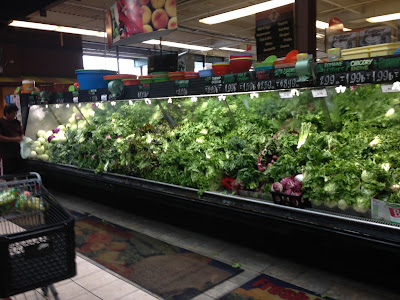 Plenty of greens! They must have a lot of turnover here to move these piles of vegetables before they go bad. 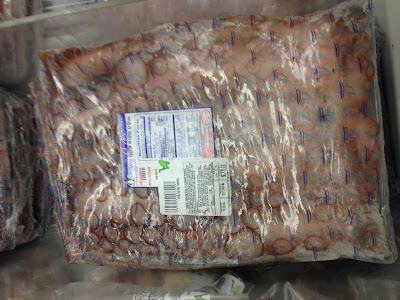 And who doesn't need $73 worth of octopus? 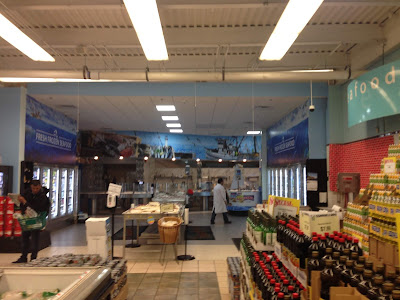 The seafood department is quite large, and is located in the rear of the first aisle. Although it's hard to see here, it actually continues behind the freezer cases to the right down a short hallway. 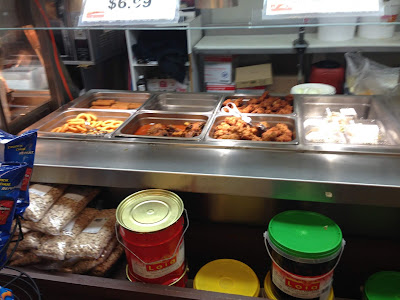 Hot food, deli, bakery, and butcher (not entirely sure of the order there) line the back wall. 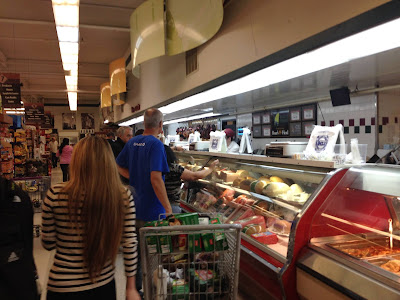 The store was packed when I visited. (Actually, I visited this store and yesterday's Seabra Foods on the same day, and they were both hopping. I then went on to the now-closed ACME in Newark which was absolutely dead.) 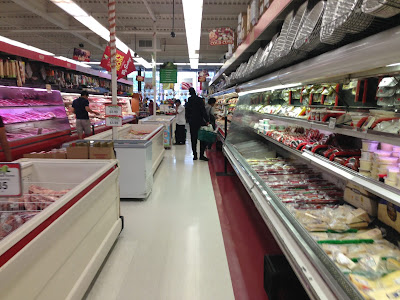 As is Seabra's style, packaged meats are actually in a double-wide grocery aisle instead of on a perimeter wall. (This is not the case in newer Seabras.) I don't have too much history on this location, but I do know that it was previously a Foodtown, probably a Mayfair Foodtown, and a Pantry Pride before that. It may or may not have been built as a Food Fair. This was in the early days of my photography, so coverage is a little limited. If you want to see more, there are actually a lot of really good pictures over on Google Maps. The store is located at 260 Lafayette St, Newark, NJ.