We're heading back to Linden, NJ to the Linden Plaza at 1601 W Edgar Rd. It's anchored by a Walmart and is immediately next door to a mall previously home to a Kmart. Check out the site plan here for an idea of what we're working with.

The subdivided space to the far left used to be the Kmart. The vacant 24,986-square-foot space and the 25,000-square-foot space next to it opened as a Mayfair Foodtown according to JoshAustin610 over on Flickr, before being switched to Edwards and then Stop & Shop before closing in the early 2000s. The 50,000-square-foot space briefly became a Foodmart International, which also had locations in Jersey City and Spring Valley, NY, among others. When Foodmart International closed, the space was subdivided in half, with an independent CTown Supermarket taking over the southern half. They, too, closed more than ten years ago. As you can see from the site plan, the southern half of the building is now a Launch Trampoline Park. The northern half remains vacant. Walmart, by the way, plans to build a new Supercenter just across US-1/9 (Edgar Rd), which would surely mean the death of this mall since it's practically invisible from the highway. It's also immediately south of a ridiculously successful center, Aviation Plaza, which has a huge ShopRite, Target, Home Depot, Marshalls, Old Navy, Staples, AMC Movie Theater, Starbucks, and other big-name retail. 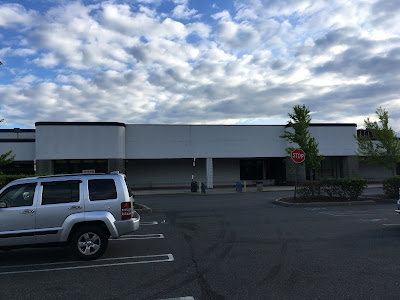 My pictures are from back in May 2017 when the store was still entirely vacant. The CTown was in the left half of this picture. 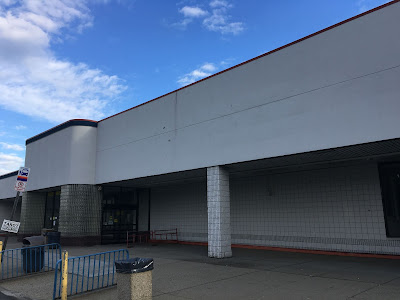 Looking over to the CTown entrance. 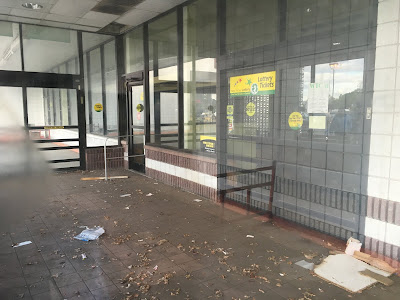 Unfortunately, we can't get a good look inside the space previously occupied by CTown. (I'm pretty sure this store was operated by Universal Food Markets, which also owns the location in nearby Rahway. There was also briefly a CTown in Rahway at 736 W Grand Ave, which may have also been the Universal group.) 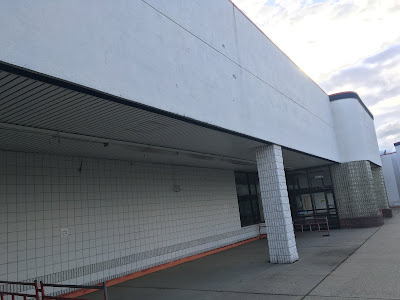 Heading over to the side that's been vacant since Foodmart International (the north side)... 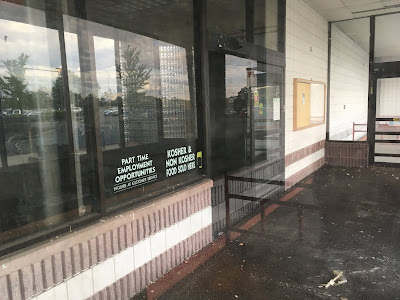 That's Edwards' lettering on the windows there! The decor from this store probably went over to Universal when this closed in 2003 or so. 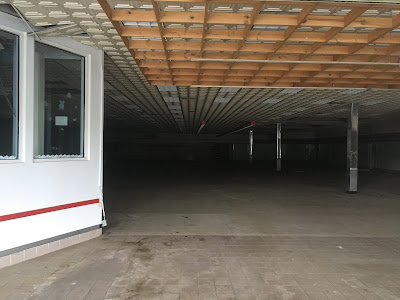 Unfortunately, there's not all that much to see inside. Edwards flooring intact, although the ceiling was probably redone at a later date. Not entirely sure what we're seeing to the left here. 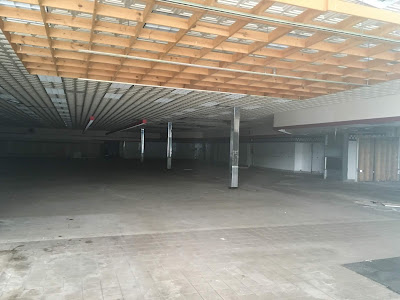 Looking over to what probably was the produce department along the right side wall. 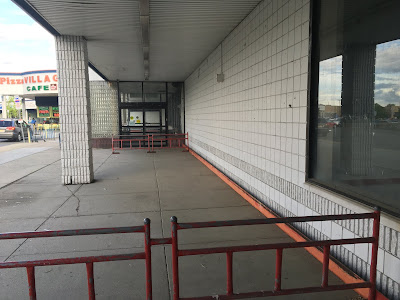 Unfortunately, those were the only interior shots I could get. Linden Plaza is pretty depressing as it is, and the impending move of Walmart (which has been held up by lawsuits from the owner of the ShopRite) will almost certainly mean the end for most other businesses here in the mall. One funny thing is that until very recently, the CTown sign (even until well after CTown closed) was far more prominent on the monument sign out on US-1/9 than the Walmart sign! CTown also has a simpler and more instantly-recognizable design...
Sorry for the text-heavy post today. Tomorrow we'll be seeing something totally different, a first for this blog...get ready!