Heading back out to the Lehigh Valley of Pennsylvania for today's Store Tour. As I mention in the post for the Easton Food Market, most of my Lehigh Valley stores were photographed on the same day back before I was writing the blog. That was way back in September 2016, so I'm kind of fuzzy on my recollection of some of the stores, like this one. 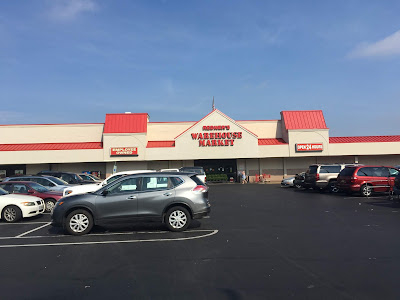 For some background here from JoshAustin610, Redner's is operating in a building that started out as a Falk's Foodbasket and then became a Shopwell (I'm not sure whether this is the Bronx, NY-based company that also owned The Food Emporium before being purchased by A&P), before becoming a Jamesway department store and then a Laneco department store/Food Lane supermarket combination. Redner's opened in 2001 and is an employee-owned company. 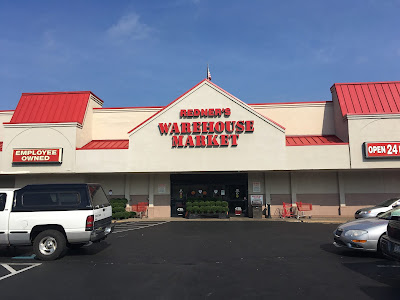 Having never been to a Redner's before, I was quite impressed. I found the quality to be generally very good although the store is a warehouse format, so the prices were low, too. While I don't remember the layout too specifically, I do know that produce was to the right when you enter. If I'm not mistaken, deli/bakery is in an island in the center of the store, with grocery aisles to the right running side-to-side and HABA and nonfoods to the left running front-to-back. Checkouts are along the front wall to the left of the entrance/exit. Now, to be clear, you don't shop in a Redner's for the atmosphere... 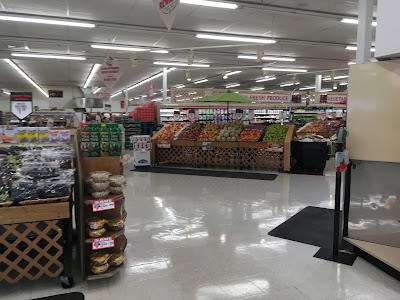 They ain't kidding about the warehouse. It's basically a huge white rectangle with a whole lot of cheap but high quality products. We're looking from the entrance towards the back of the store here. 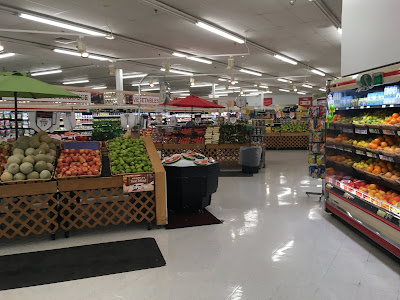 Produce continues along the front wall of the store. 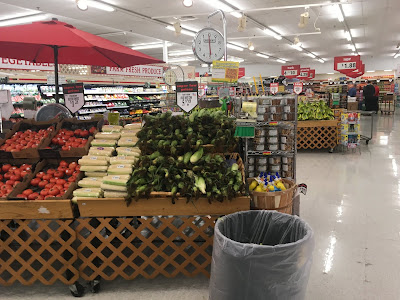 In case you were wondering, no, the lights aren't mostly burnt out. The fixtures just have spaces between each lightbulb. 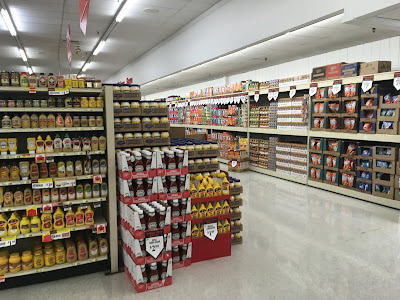 A look at some of the bulk value items along the right side wall. 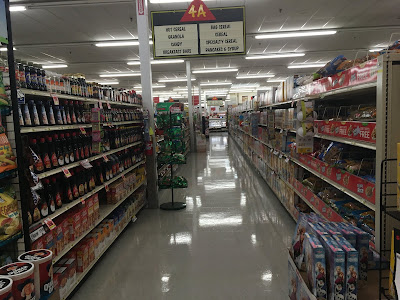 As you can tell, the store is enormous. Here we're only seeing half of its width, as the deli (straight ahead) blocks much of our view. 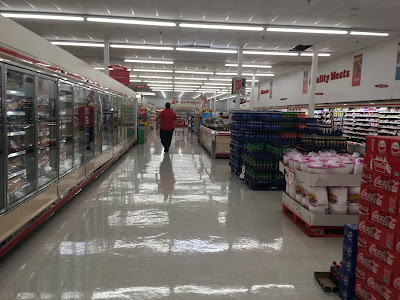 Meats and frozen foods along the back wall. Lots of space to move around, but not so much that the store feels empty. Google Maps estimates that the space is about 70,000 square feet. 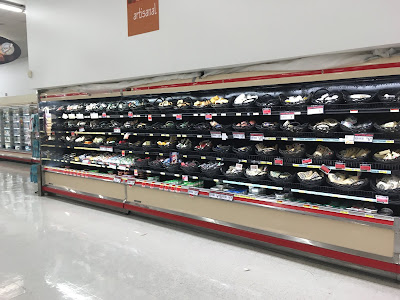 Not sure I've ever seen cheeses displayed like this before! On the other hand, I have seen this sign before... 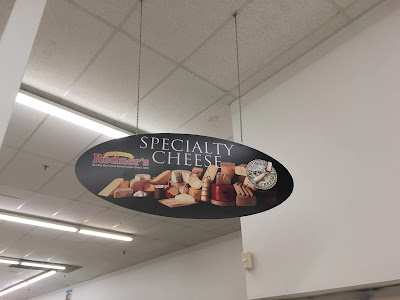 I don't know who makes these signs, but I've seen them at many stores including ShopRite and Albertsons (via a photo on Albertsons Florida Blog). 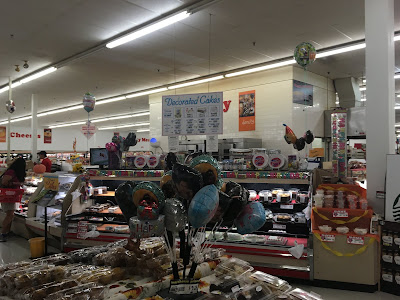 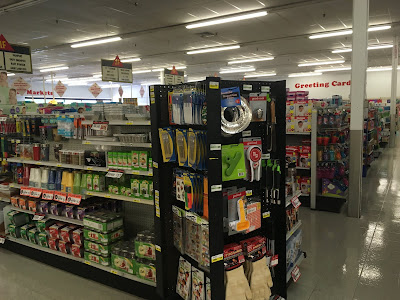 Here's a look at the expansive HABA and general merchandise section on the other side of the deli and bakery. 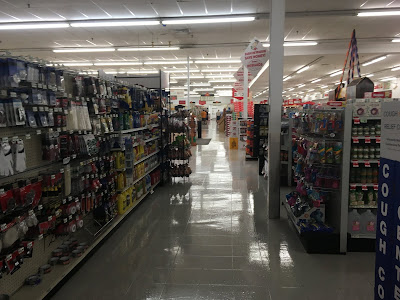 If there were a clothing section, this could pass for a supercenter. 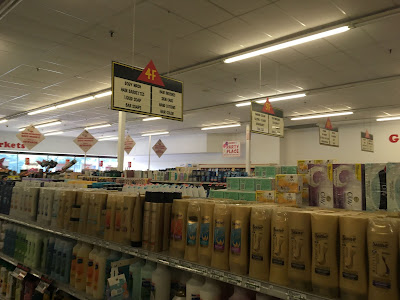 One more shot before we head out. I haven't had the occasion to go to a Redner's since, but if the opportunity ever came up, I think I'd really like shopping here!