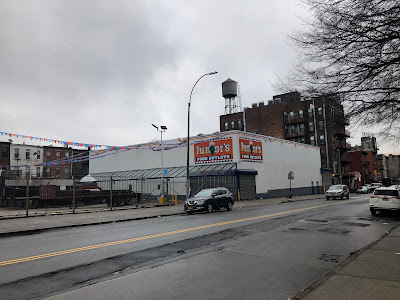 Unfortunately, the banners on both the front and the side of the store saying WESTERN BEEF MARKET COMING SOON! had blown either off or up to the roof so it is not visible. (As you can tell, the day I visited this area was somewhat stormy. Luckily, I did not get rained on!) 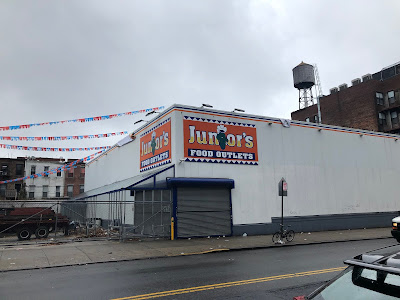 The fact that there is a large closed-up supermarket in this area doesn't help, but these few blocks kind of feel like a no-man's land. While just across the street from this store are three square blocks of public housing, it didn't seem like anyone was actually there when I visited. Very strange. Stranger still is that this store is just two and a half blocks off of the hustle-and-bustle of Broadway, the main thoroughfare through Bushwick. On that topic, I'm not sure exactly what this neighborhood would be called. It's in an awkward spot between Williamsburg to the north, Bedford-Stuyvesant to the south, and Bushwick mainly to the east. Anyone have any input? 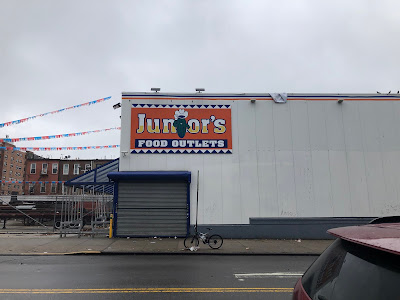 No work was going on the day I visited, and I have no idea what the progress has been like, if any. The store is located at 994 Myrtle Ave, Brooklyn, NY.