Welcome back to the Lehigh Valley! Today we're going back to Allentown, the largest city in the Lehigh Valley. We've seen a few stores here before, but due to the closure of my Flickr account, I'm wrapping up a few stores I photographed a while ago but never actually wrote up for the blog. 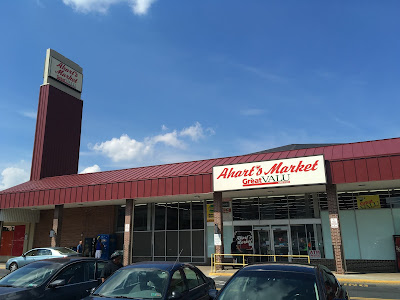 Ahart's is part of Great Valu, a small cooperative with stores mainly in the PA area. They use the Supervalu storebrands. 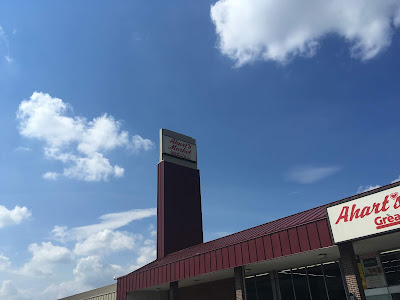 This building started out as a Food Fair supermarket (looking something like this) before being converted to Food Fair's discount-centered banner, Pantry Pride. Unlike the stores in New Jersey, most of which became Mayfair Foodtowns, this one ended up as a Food Lane supermarket owned by Laneco (a department store chain) before being switched to Ahart's around 2000. (We've previously seen the Ahart's in Phillipsburg, NJ, which is now closed.) 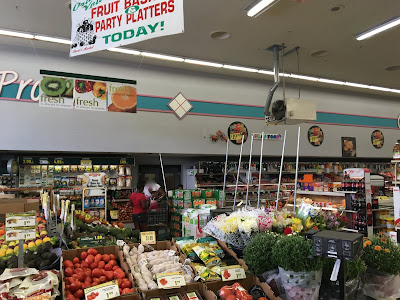 I complained plenty about Phillipsburg, but I have to say, this location looked pretty good. The decor is the same, obviously, but this location didn't look quite as dirty or beat-up as Phillipsburg. Produce is in the front left corner, with meat along the left side wall. Dairy lines the back of the store and frozen foods are in the last aisle. I'm drawing a blank on whether there's a service deli, but if there is, it's at the back of aisle 1. 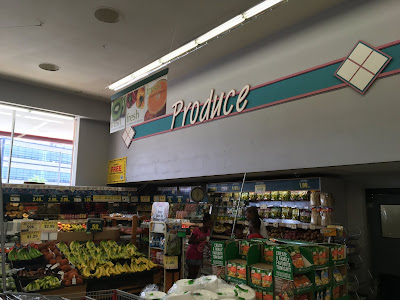 Because the produce department doesn't line a wall like it does in Phillipsburg, we just get "Produce," not "Garden Fresh Produce." 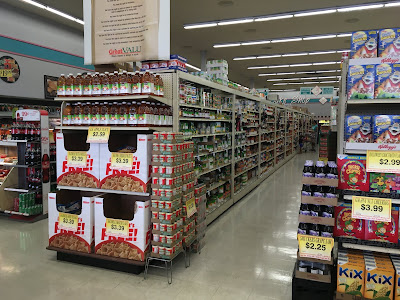 Produce is in the corner to the left in the above picture. 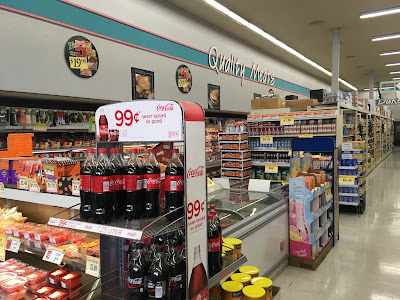 Ahart's appears to have supplemented the original decor with some promotional signage from Great Valu. Otherwise, the decor would be pretty sparse; it doesn't have quite as many frills as we saw in Phillipsburg. 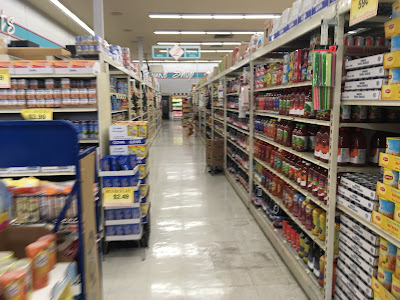 A look down aisle 2 with the "Bake Shop" in the back. There's no bakery here, so that could be packaged baked goods or just the bread section. Unlike other Ahart's stores, Allentown seemed to have a fairly decent international selection here, with a special promotional ad from Goya just like Latinos Supermarket's. This probably had to do with the fact that Supremo had recently opened just under a mile east on Allen Street. 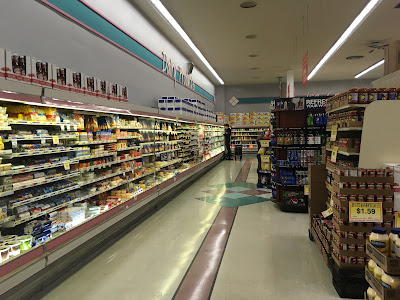 Pretty clean and uncluttered back aisle, although the walls look awfully bare. Compare this to a similar shot of the meat department in Phillipsburg. (The ceilings also appear to be higher here in Allentown.) 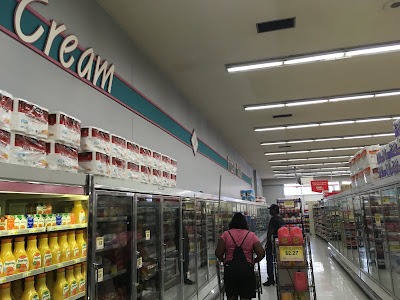 Frozen foods in the last aisle. Gotta love the orange juice and waffles under the Ice Cream sign... 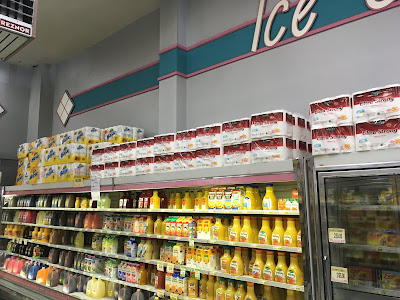 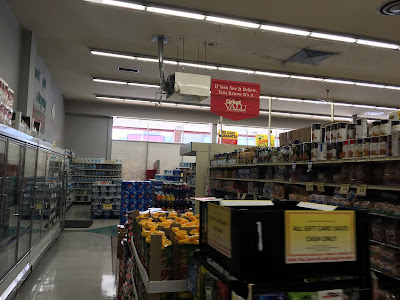 This is Food Lane decor, which has been somewhat awkwardly redone for Ahart's. 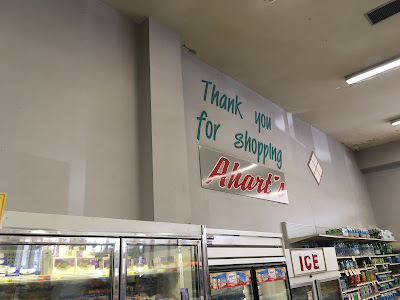 We can see a similar sign in the Easton Food Market, also a former Food Lane. 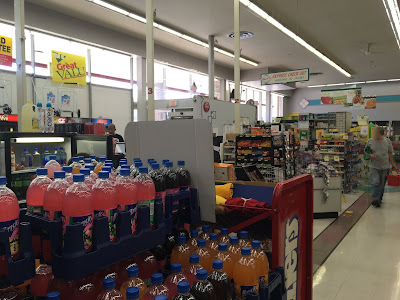 Somewhat cluttered front-end, but still not too bad. Allentown is definitely the best of the Ahart's I've visited!