Today's store tour is pretty quick but that's okay because it's a tiny store! Google Maps, in fact, puts a size estimate at just over 2,000 square feet.
We're at the corner of Kingsbridge and University, which we saw in a Streetside Sights & Scenes post yesterday. Let's check out this small supermarket, which was previously a Super Foods Supermarket (an independent store whose affiliation I'm not sure of) and later a Compare Foods before switching over to Key Food's Food Universe banner in early 2017. Compare Foods had done a renovation when they took over from Super Foods, so there was very little to do except replace the sign and awning when the affiliation changed to Food Universe. 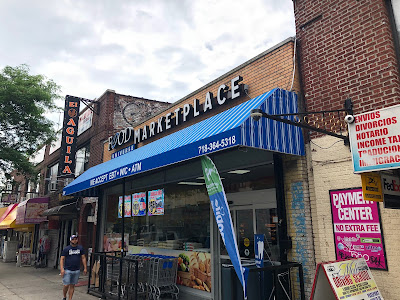 Yep, it's small! But on the flip side, that means that almost the whole front wall is glass. 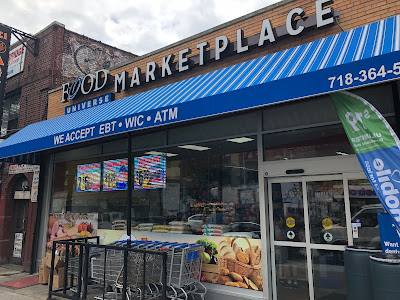 Despite the small size, we do have full produce, meat, dairy, frozen, grocery, and even deli departments! You enter to a tiny produce section, with frozen, dairy and meat on the left-side wall, and deli on the front wall in the corner. 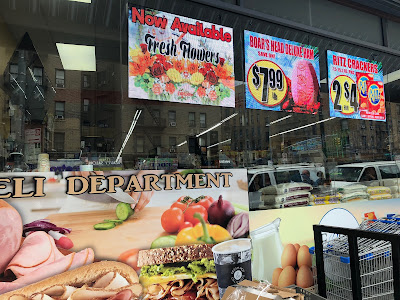 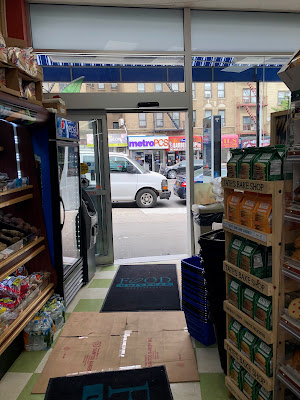 Immediately inside the entrance, we see a combination of nice custom Food Universe rugs and fancy flattened cardboard. Not unusual for small stores to put cardboard in the entrance area. We can also see some dry produce on the wall. All the produce is on this wall. 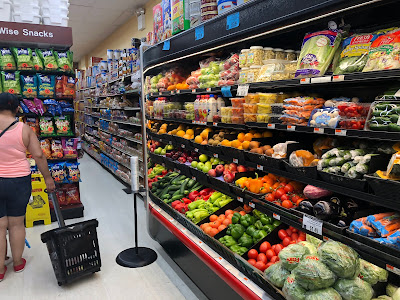 Nice new case but tiny selection. Heading down the first aisle we get right into grocery. 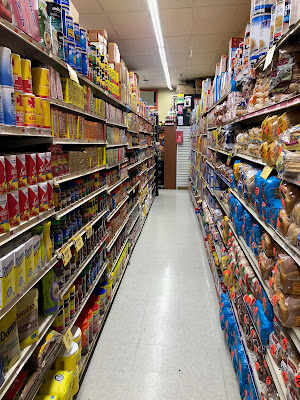 But let's hope that not too many other people are also interested in seeing the grocery section! These aisles are ridiculously narrow with really high shelving, but man do they pack in the selection. 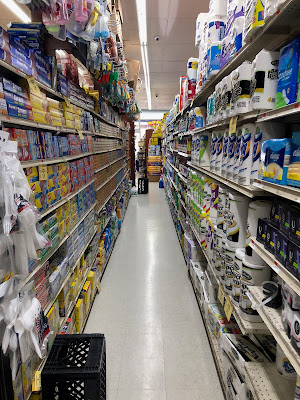 Check out that cat food on the left! My ShopRite doesn't stock it that nicely. Also doesn't that seem like a disproportionately large pet food selection for the size of this store? Maybe it's a big seller. 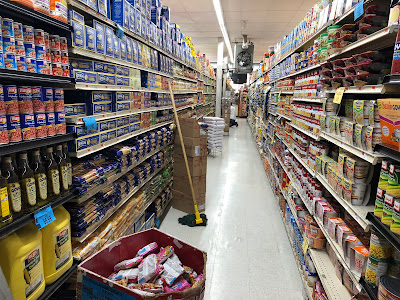 If I'm not mistaken, this store has four aisles. I love those industrial heaters hanging from the ceiling! I wonder how long they've been there, and for that matter, how long this building has held a supermarket. 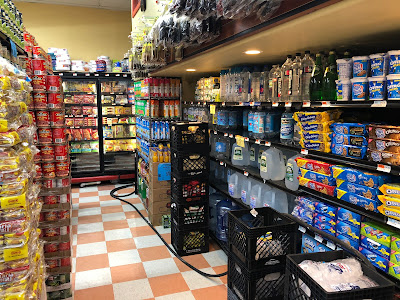 It's kind of an awkward space along the back wall here under the offices (it's unusual that they're in the back, not the front corner), but it really feels like this ought to be refrigerator cases, not just random shelving. It probably was, or it's possible this is closing off what used to be a butcher service counter. 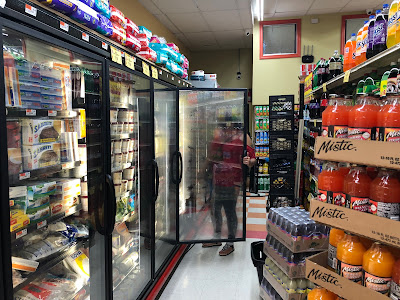 Small frozen department in the back corner with dairy and meat along the rest of the last aisle. 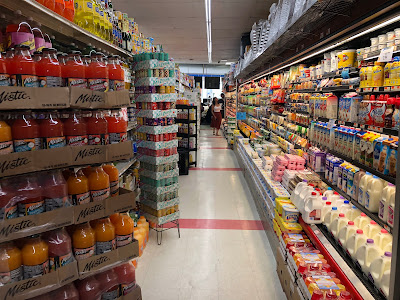 The floor is clearly several tenants old, but it's in excellent shape. I actually don't mind the checkerboard and stripes that recur around the store, and it helps that the grocery aisles are solid white tile. 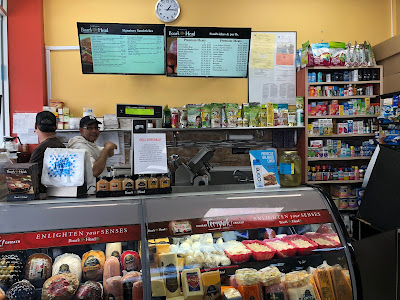 Deli, customer service, and HABA department all wrapped up into one here in the front corner, but it works! Tomorrow we have a slightly larger store (although not by a whole lot), but we'll be heading down University Ave to the corner of Fordham Rd.