Today's store tour is just a block east of Wednesday's Antillana SuperFood, and is also a newly renovated supermarket. However, unlike Antillana, it appears to have been a supermarket for many decades -- in fact, a supermarket has probably occupied this building since at least the early 1950s, when it was an A&P. The store became a Met Foodmarket by the 1980s before becoming a CTown no later than 2000, I'd bet. CTown converted to Food Universe Marketplace in 2017. Immediately before the switch to Food Universe, the store replaced its CTown awning with a new CTown awning, with the misfortune of the misspelling of the slogan, "Supermarkets for Savings," as "Supermarkets for Servings." This typo is dishearteningly common, as we'll see in a future tour.
As often happens, although ownership didn't change, the switch from CTown to Food Universe brought a major renovation, both exterior and interior. The exterior is practically unrecognizable (see the link at Supermarkets for Servings above). 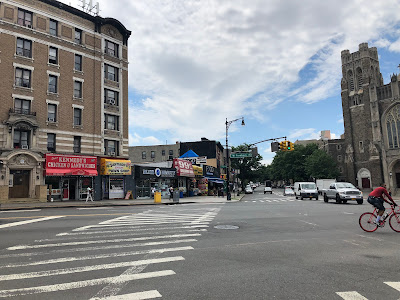 Here we are looking down University Ave from the north side of Fordham Rd. You can tell the supermarket by its blue pyramid -- I have no idea why, but a lot of supermarkets have those pyramids. 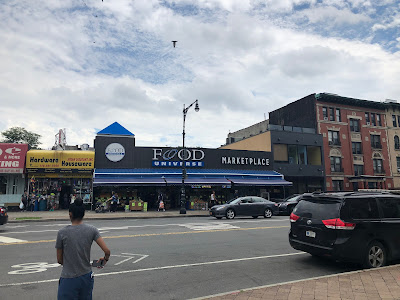 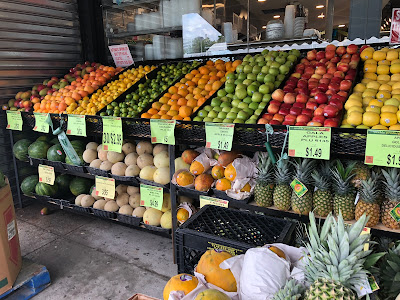 Like Antillana, much of Food Universe's produce is displayed outside the store. As we'll see, though, Food Universe is noticeably larger and more spacious than Antillana. 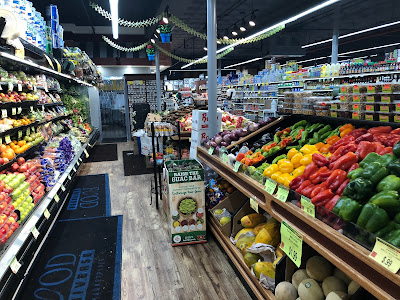 You enter to the deli/hot food department in the front corner, with the real produce department just behind it. As I mentioned, absolutely everything you see is either new or redone. New floor, ceiling, lighting, redone produce cases and merchandising, and newly redone shelving. 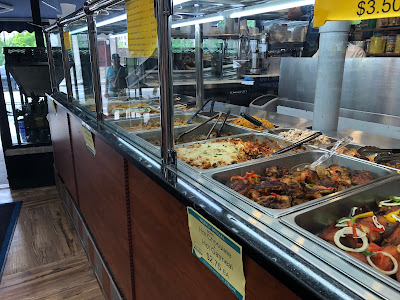 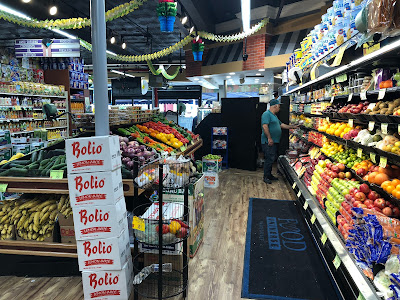 Behind the produce department is the newly redone butcher department. The butcher and deli/hot food cases seem like somewhat of an afterthought layout-wise (notice that the décor extends above the deli and butcher, but that would have been installed or at the very least redone in the 2017 remodel), so it's possible they were not originally in that location or present at all. 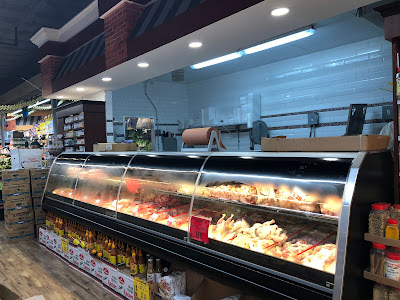 There isn't department signage here, but the décor that is present is quite attractive. It's also not overwhelming, and the lighting allows the customer to focus on the products. The remodel here is absolutely outstanding. 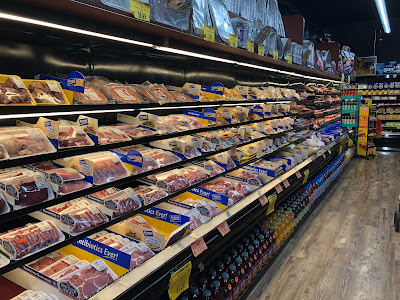 Meat case along the back wall. Note the fact that the new flooring extends throughout. Too many stores just have it in the grand aisle. 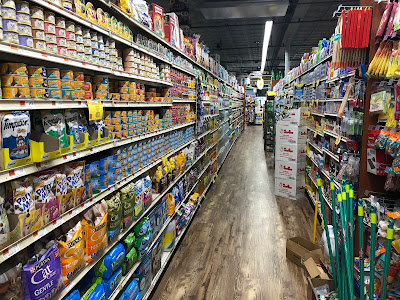 A look at one of the grocery aisles. Look how well-stocked this place is! Clearly the owners take a lot of pride in this store. 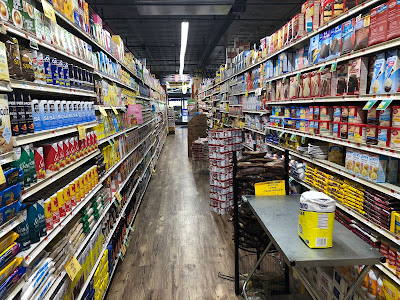 And I love the fact that the new floor continues throughout the entire place. If I had to guess, I'd say that the flooring used to be white vinyl tile with maroon and teal accents, the old CTown color scheme. 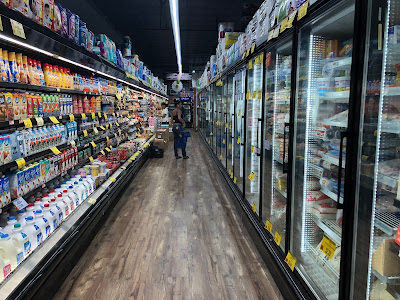 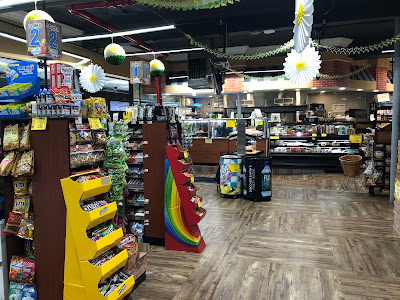 Nice front-end with new registers, lights, and flooring of course. Interesting pattern here! We can also see over to the deli/hot food counter, and get a better view of its décor. And if you liked this Food Universe, we have a second one with the same owners and a similar history (except it was an Associated and then a Bravo instead of a Met and a CTown) coming up next week!