As you'll be able to tell from taking a look at the map below, we have a few major east-west thoroughfares we'll be tackling as we move through this group of stores. We've just hit the first, which is Kingsbridge Rd. A little later we'll see Fordham Rd, then 183rd St. Because we're making a circle, we're going down the left (west) side and coming back up the east side, we're going to hit each thoroughfare twice. That's how I walked it.
And maybe you'll recognize this exterior photo. It's the one that makes up the header for the blog! 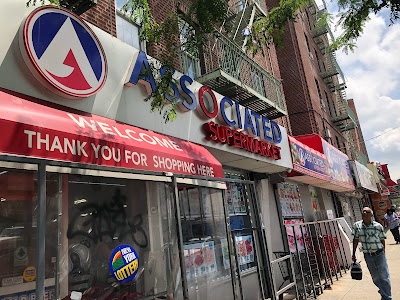 It's a very, very small store that was clearly an amalgamation of several smaller storefronts, as you can see from the awnings. This grocery store was previously a Pioneer under the same owners, switching over to Associated around 2015. 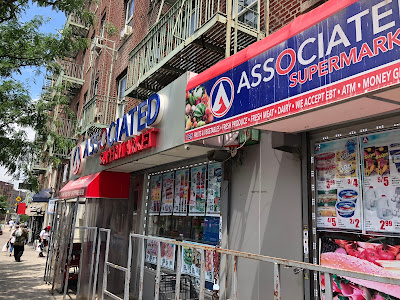 You enter on the left side of the storefront. Produce lines the first aisle with dairy at the back on the side wall, meats along the back, and frozen foods partially in the first aisle and partially at the opposite end of the store, if I recall correctly. The deli is on the front wall and is tiny, as we'll see. 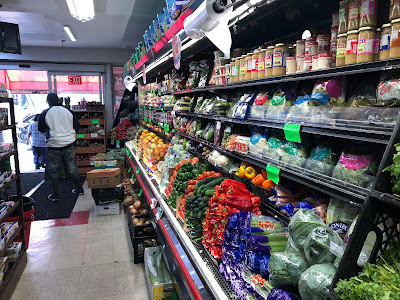 Very small produce department, but it's nicely organized, and the selection is decent for a tiny store. In reality this Associated isn't much larger than a bodega, with Google Maps setting the size somewhere around 3,000 square feet. 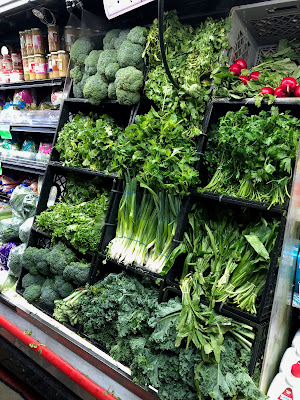 Nicely displayed and very fresh greens though, even if it is a small selection. 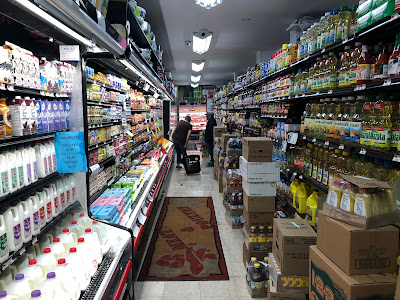 Dairy and some frozen foods fills up the rest of the first aisle. 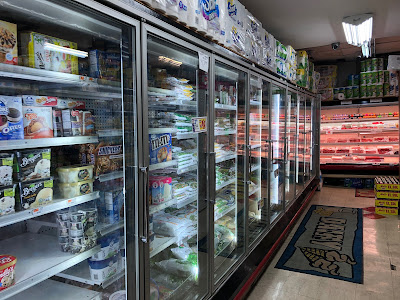 Frozen foods at the back of the first aisle. 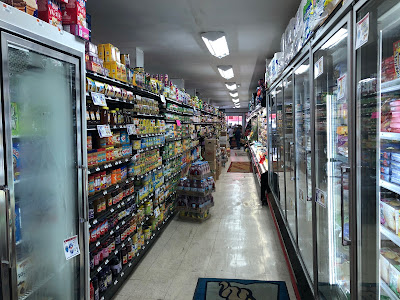 That first aisle kind of has almost everything you'd need -- produce, dairy, and frozen right there. 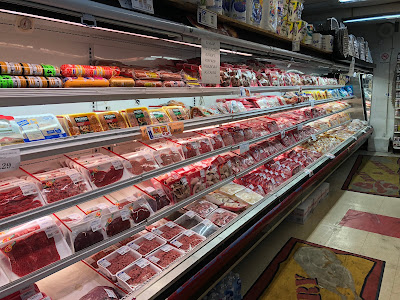 Meat case along the back wall. This is pretty much the whole width of the store. I don't remember how many aisles it is, but I'd guess no more than four or five. 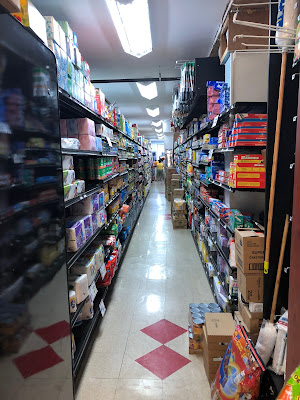 Nonfoods, I think in the second-to-last aisle. 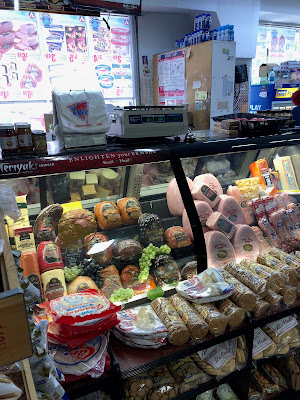 And heading around to the front wall of the store for a look at the small but complete deli, and the front-end before we head out... 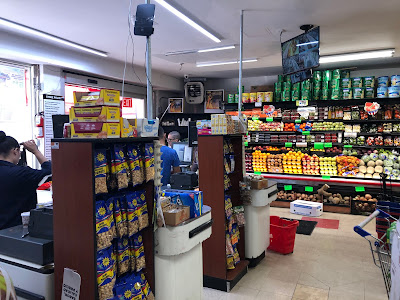 It's a very complete store for a tiny place. Nicely organized, too. This might have to do with the competition: this Associated is at 125 W Kingsbridge Rd, and tomorrow's store is an Antillana Meat Market at 123 W Kingsbridge Rd -- there are two small storefronts between the two stores. Come back tomorrow to check out Antillana!