As I hinted at yesterday, we will be touring our first Bronx CTown today, which is located at the southern tip of the business district along Broadway. Believe it or not, this store is technically considered to be in Manhattan -- so yes, the northernmost building in Manhattan is actually in the Bronx. Read more about this almost-paradox here.
Today's CTown is visible at the bottom part of the left top strip, or the one straight above the 87 symbol. I have to say, it's not a particularly impressive location from the outside but the inside gets much better. 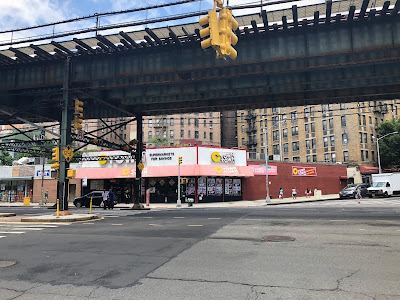 Because the storefront is not particularly visible, the side wall is covered with CTown promotional signage -- four signs, in fact. 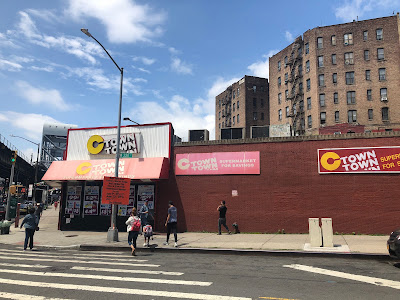 The entrance faces Broadway, and you enter on the right side of the storefront. Produce and dairy line the double-wide first aisle, with meats on the back wall. The last aisle contains frozen and deli/hot food. 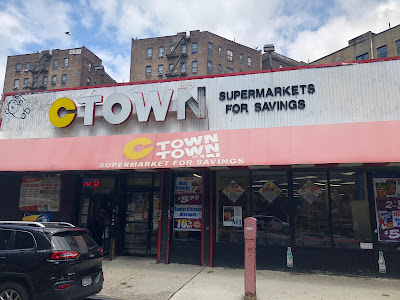 Not the most inviting on the front. But it looks much better inside... 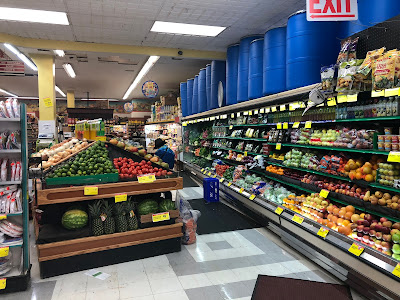 I've heard that the store has since been remodeled (it's been a year since I visited), but I haven't seen pictures to confirm this. 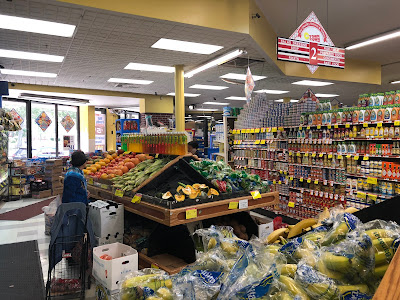 Looking up towards the front of the store and the entrance. Yes, there is a can or two of tuna in this store. 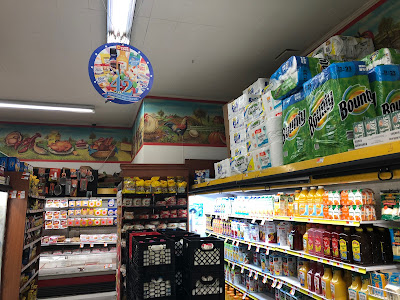 Dairy and meat/cold cuts in the back corner, back of the first aisle. I was here in the morning, so they were still stocking. By the way, the Krasdale brand isn't always the best, but the premium orange juice and lemonades are fantastic. Very reasonably priced, too. 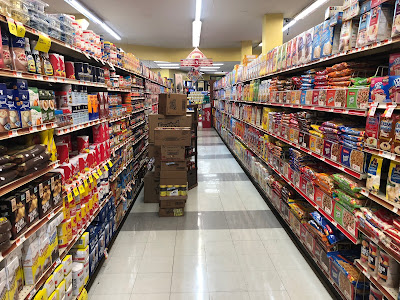 Very nicely stocked aisles, and pleasantly open (save for the stock cart, which they get a pass on because they were still stocking). 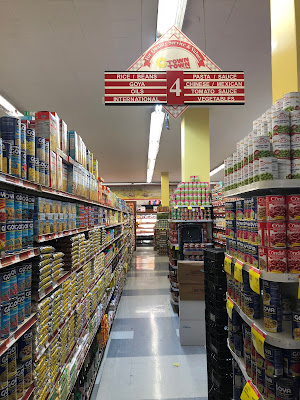 Aisle four getting a little cramped with columns and shelving around them, however. 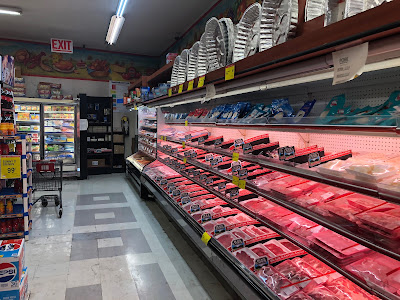 Jumping over to the back wall looking towards the last aisle, and towards the first aisle... 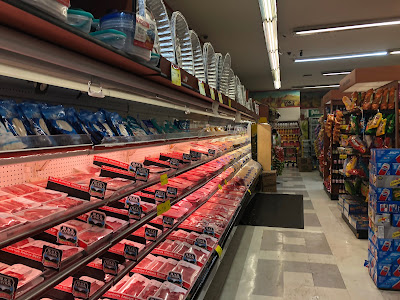 The fixtures, like most of the store, is clearly on the older side but in very nice condition. It seems this store, at least once you get inside, is very well maintained. 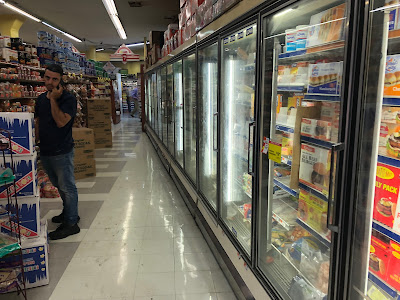 Frozen foods on a little bit of an angle as we look towards the front wall of the store. 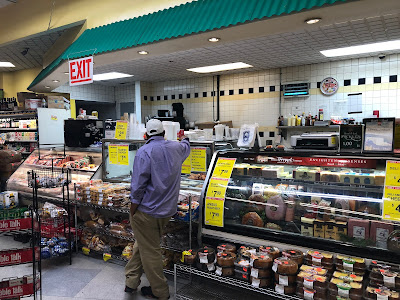 Deli, hot food, and baked goods in the front corner of the store. That about wraps up our CTown tour (by the way, I want one of those Krasdale clocks), and we're seeing another CTown on Friday!