Yesterday we saw the Associated at 125 W Kingsbridge Rd, and today we're going a long, long distance away to 123 W Kingsbridge Rd.
Unlike the Associated, which is tiny but still a full supermarket, this Antillana really is primarily a butcher shop. It does, however, sell a pretty large selection of produce, some dairy/frozen, grocery basics, and deli products. They even run a weekly circular -- which is kind of remarkable for a two-aisle store. Antillana opened around 2016, suggesting that the switch to Associated from Pioneer might have coincided with this store's opening. 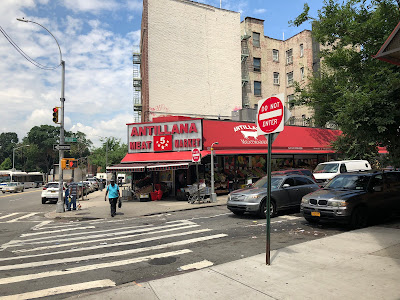 The word Antillana refers to a person or object from the West Indies, and comes from the same root as where we get the Greater and Lesser Antilles in English. In the Bronx, which has a very large West Indian and Caribbean population, there are multiple stores called Antillana, although few of them are related. We're going to see a second, unrelated, Antillana at Fordham Rd shortly. 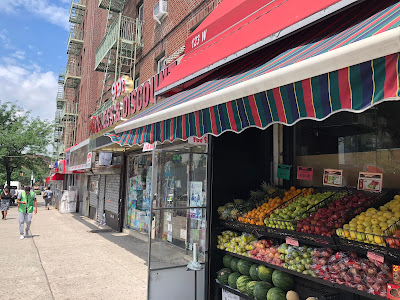 If you click on the picture above to zoom in, you can see the Associated just down the block. Because of Antillana's extensive outdoor produce display, its produce selection might actually be larger than Associated's, although the store is even smaller. 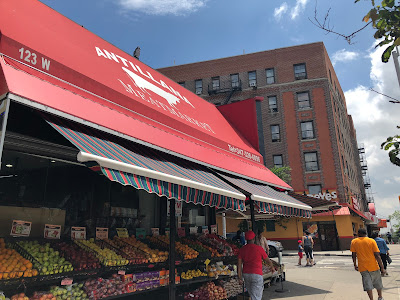 This is clearly a high-volume store despite its small size. It was quite difficult to get pictures inside simply because there were so many people inside. 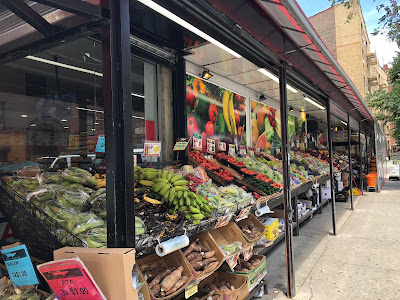 Antillana makes the most of its corner location by displaying produce all along both of its exterior walls. Here you can see that the store is quite narrow, but deep. And as I said, this exterior display makes their produce selection larger than Associated's. 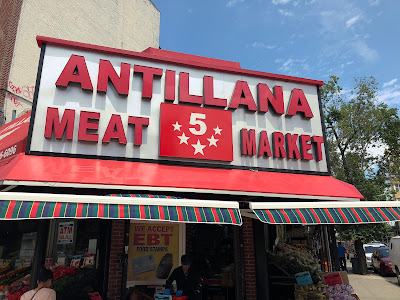 You can't miss this giant sign on the corner of the building! 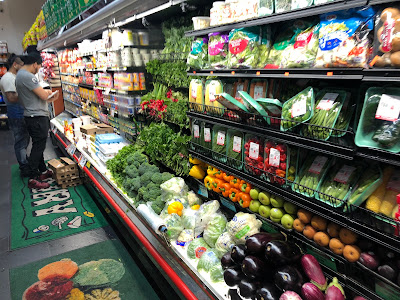 Here's a look at the produce and dairy departments on the side wall. This is the first aisle, and there is a single island to the left with grocery shelving, making two aisles. The deli and meat counters run along the other side wall... 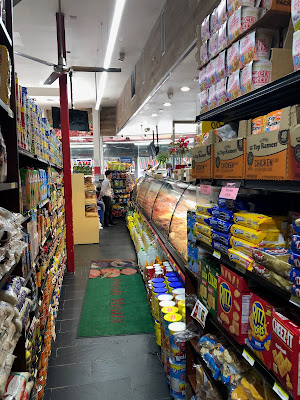 And there you have it! That's how you fit produce, grocery, dairy, frozen, deli, and butcher in less than 2,000 square feet. We're going to move on down Kingsbridge Road for some more stores now, so come back tomorrow for a Streetside Sights & Scenes and a new store tour on Tuesday!