Right under the Fordham Center sign we saw yesterday is a greengrocer with several other departments as well. At the time of my visit, it was Sal's Fruit & Vegetables, but when driving by later, I noticed the awning had been painted.
Sal's was a large store with strangely little selection, although they did have a lot of produce. 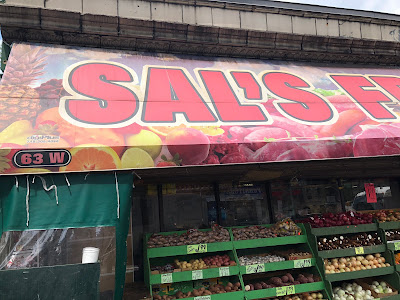 The storefront is, in fact, so wide I couldn't get it all in one shot! 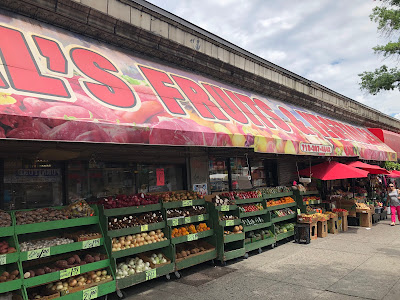 Not a bad display at all of produce outside, but unfortunately it didn't look like it was really drawing customers into the store. This set of exterior and interior photographs comes from June 2018, but when I drove by again in August 2018, the awning had been painted dark green. A new sign saying "Fruit Meat Market" has been added along the bottom, as you can see on Google Maps. 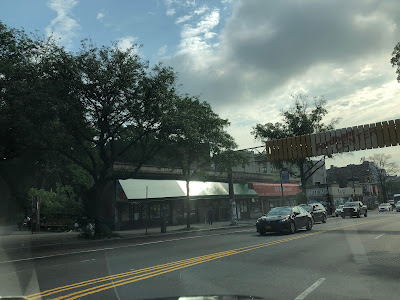 The store is made up of several smaller storefronts combined. Inside, the store was kind of dingy and definitely, well, rough around the edges. 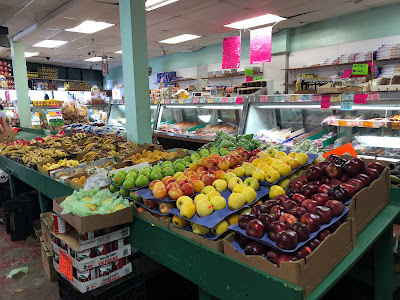 They did have a meat and deli counter running along one wall of the store, with produce in the center and dairy on the back wall. There were a few grocery aisles on the side. As you can see, the store was pretty much deserted. 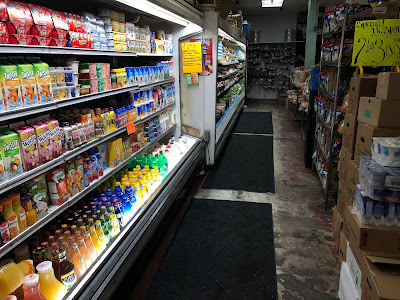 The layout seemed pretty random to me, and there were several areas in the front corner of the store (not photographed) that were completely empty. 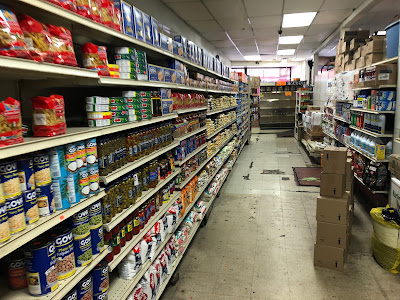 You can see the somewhat random selection of grocery products here, along with the empty case in the front. As we'll see and as we have seen already, the competition here is pretty tough, so some stores do get caught in the middle like this one. This store (now called Fruit Meat Market, and I don't even know if it's still in business) is located at 57 W Fordham Rd, Bronx, NY.